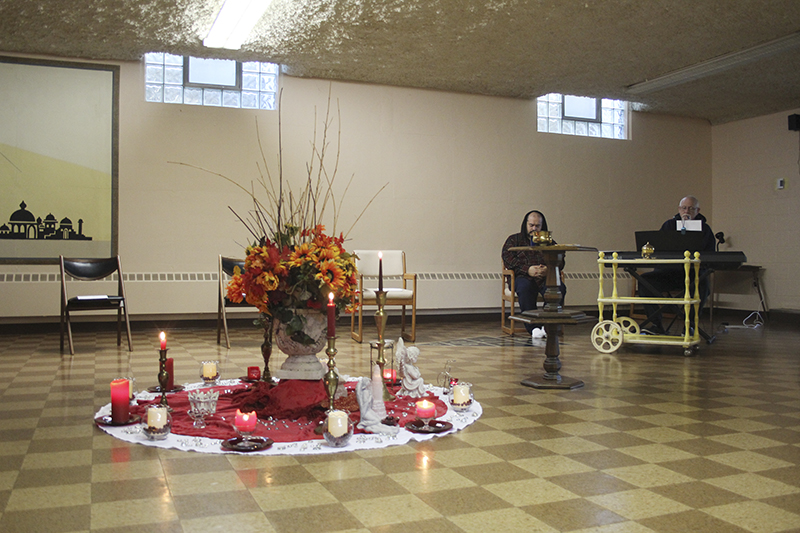 A newcomer to town is no stranger to the meditative yoga practices he has begun sharing with others in Albert Lea.

On Sept. 28, George Favell joined a weekly Saturday yoga class in the basement of Christ Episcopal Church on Fountain Street. Before class began, he played calming music on the piano that completed a large circle of chairs. An arrangement of fall flowers, candles and small carvings marked the center of the circle around which, for just over an hour, participants practiced and learned about a mix of yoga and Taize.

Favell practices Kriya Yoga, what he describes as a set of techniques designed to create an altered state of consciousness that is more focused and more open.

“The end result is a great deal of peace and joy,” he said.

The many Kriya Yoga techniques, some of which require a guru to learn, are a prelude to the Kriya practice, Favell said, which involves consciously revolving energy around the spine. This is one of the greatest insights of yoga, he said: that the state of consciousness, breath and inner energy are all linked.

Favell moved to Albert Lea from California at the end of June to begin his retirement. Before doing so, he reached out to the priest at Christ Episcopal Church via email. That email then went to Clemencia Gujral, who also heard the music director at their church explain more about Favell’s history with Taize, a type of ecumenical meditative worship based around chants and scripture that comes from a monastic community now based in France.

“I love it because it’s so simple,” Favell said.

It does have a Christian background, but does not include any preaching. He said he sees it as a nice way to bring a community of faith — wider than one church body — together.

Gujral invited Favell to the Saturday restorative yoga class she has taught for seven years to share his knowledge of Kriya Yoga and Taize.

“In a small community, I love to expose people to, you know, different things that we don’t have an opportunity to have in town,” Gujral said, speaking specifically of Kriya Yoga.

The time has always had an aspect of meditation to it, Gujral said, and frequently features guests. It is a way to get her class participants to think outside the box, she said.

Favell said he is hoping to eventually move toward offering a Taize service through Christ Episcopal Church if there is enough interest.

But Kriya Yoga is the most important thing he feels he can share, Favell said.

“It’s probably been one of the greatest blessings of my life,” he said. 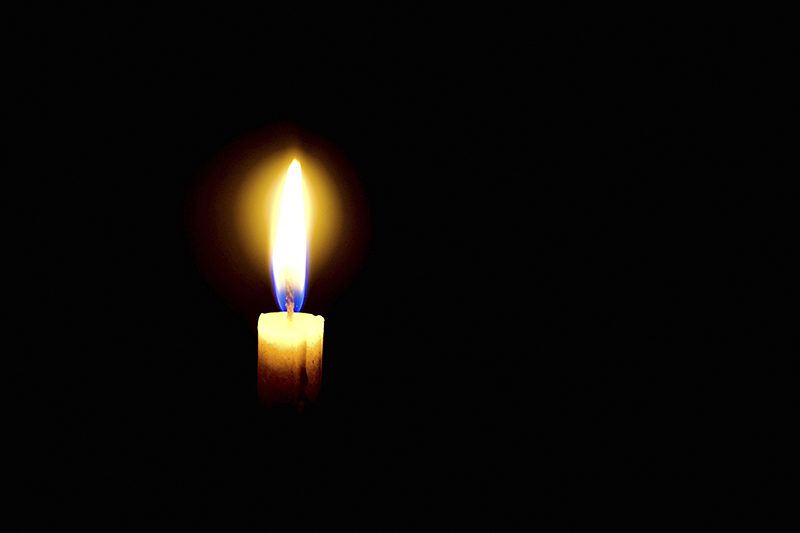 Favell said he likes the simplicity of Taize, a worship that uses chants and scripture readings in a sort of meditation. Provided

The art of Kriya Yoga

Kriya Yoga is distinct from Hatha Yoga, which is the physical yoga Favell said most people in the west associate with yoga. But the physical postures have one real aim: being able to sit in meditation. And if the body is uncomfortable, that will distract from that meditation.

The Kriya techniques, which include breath control and a tensing and releasing practice called energization, help a person manipulate their own energy in a way that then allows you to sit in silence, Favell said.

“All the Kriya techniques are cooking the meal,” he said, referencing an analogy by the father of Kriya Yoga, Lahiri Mahasay. “… Now, eat the meal.”

Favell gets up early and meditates through Kriya Yoga for about 1 1/2 hours daily, he said. The key is consistency. Meditation is cumulative.

Favell, a piano player, compared it to learning an instrument. Sometimes, he said, it can feel like you are beating your head against a wall without getting any better at the skill you are trying to learn. He sees this in his adult piano students.

“But I can hear the difference from week to week when they’re practicing,” he said.

Favell said the same thing is true with a discipline like meditation.

Favell has been practicing off an on for a long time.

He credited his grandmother for his initial interest in meditation. She was New Age before New Age was a thing, he said, and when she would come over to babysit, she would have books like “Cosmic Consciousness.”

He joined a study group of Edgar Cayce’s Association for Research and Enlightenment. The group was founded to explore different ideas about spirituality, dreams, health and other philosophical topics.

“I must have been considered kind of an odd duck,” he said.

An experience during meditation explained to a fellow group member got him a copy of Paramhansa Yogananda’s “Autobiography of a Yogi.” Favell said he wanted to sign up for the three-year correspondence lessons offered through the Self-Realization Fellowship Yogananda founded. He said he was too young, so they wouldn’t let him sign up alone.

And while yoga’s history grows out of a Hindu “matrix” — “their way of explaining their experience is through a Hindu lens,” Favell said — practicing Hinduism has never been required by Kriya Yoga gurus.

He was a pretty spiritually-minded child, Favell said. He liked church. His lens is through Christianity.

“We’re both touching the divine, but we’re filtering it through our own cultural … matrix,” he said.