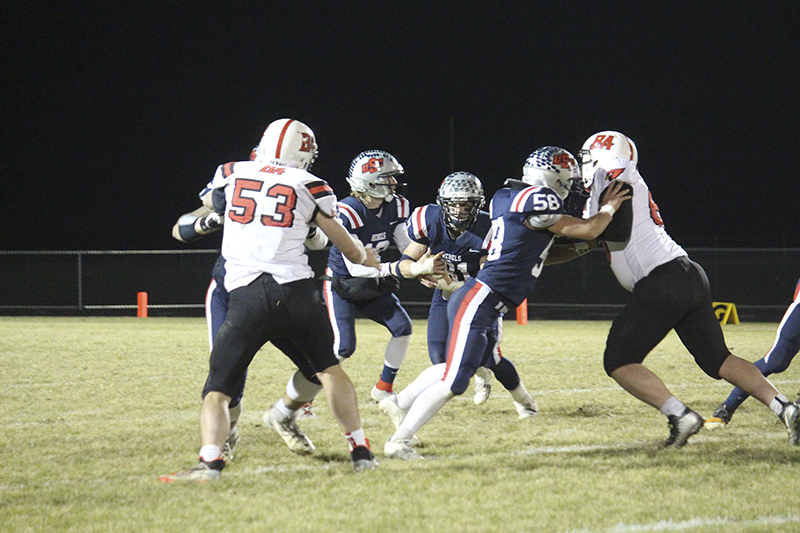 The Rebels beat the Cardinals 34-20 Friday to advance to the Section 2A championship game. - Photo courtesy South Central News

The United South Central football team hosted Bethlehem Academy on Saturday night in hopes of returning to the Section 2A championship game.

The Rebels left little, taking a two-touchdown lead in the first quarter and never looking back to beat the Cardinals 34-20.

Junior quarterback Ethan Dallman scored first for the Rebels, scrambling on a 13-yard rush to find the endzone.

Senior Zach Niebuhr took a handoff 16 yards for a touchdown on United South Central’s next possession and Dallman completed a pass to senior AJ Kloos for a two-point conversion. United South Central led Bethlehem Academy 14-0 at the end of the first quarter. 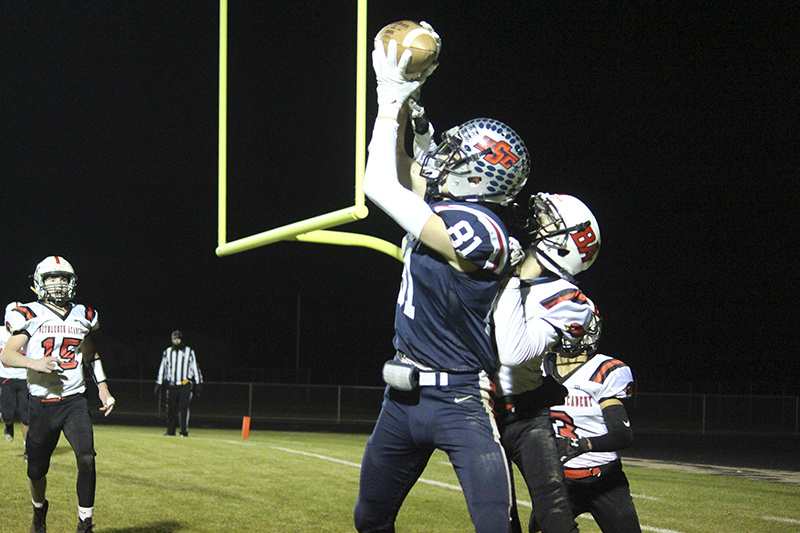 The Rebels play again Friday night when they travel to New Prague to take on the 8-2 Thunderbirds. – Photo courtesy South Central News

Niebuhr found the endzone for the second time in the game in the second quarter, this time on a three-yard run. The PAT try was missed by senior Mark Bushlack.

The Rebels gave up their first score of the game on the next possession on a 30-yard catch and run. The ensuing two-point conversion was good to make the score 20-8.

For the third time in the game, Niebuhr got into the endzone to give the Rebels a 26-8 lead after the two-point conversion was ruled incomplete.

The Cardinals cut into the lead with a four-yard touchdown in the third quarter, however, the Rebels answered right back with a Dallman-to-Bushlack completion scored from 18 yards out. Kloos ran the ball in for a successful two-point conversion.

Bethlehem Academy scored once more in the fourth quarter, but it was too little too late for any chance at a comeback.

The Rebels stay unbeaten on the year and move to 10-0. They will play again Friday night when they travel to New Prague to take on the 8-2 Thunderbirds of Gibbon-Fairfax-Winthrop in the section championship for a spot in the Class A state playoffs.