The Panthers outmatch the Knights 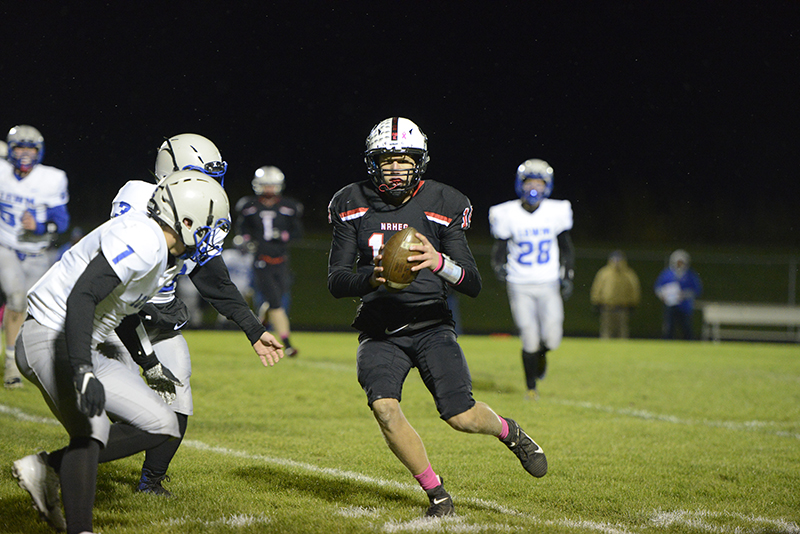 In test of defenses, NRHEG comes out on top

The defending section champion Panthers had a tough time moving the ball through the first half. However a stellar defense forced multiple turnovers and held strong to shut the Knights out 7-0.

The Knights started the game with the ball, and after three quick plays were forced to punt away to the Panthers. A host of penalties and a couple negative plays forced the Panthers to follow suit and punt the ball as well. However, the punt was fumbled by the Knights and was recovered by senior Lonnie Wilson, giving the Panthers the ball deep in Knights territory.

On the LCWM 19-yard line, NRHEG failed to capitalize on the field position after a failed field goal attempt from 35 yards out. LCWM took over and, after gaining some first downs, was forced to punt for the second straight possession.

Failing to pick up a first down, NRHEG was again forced to punt the ball away and the first quarter ended in a 0-0 tie. 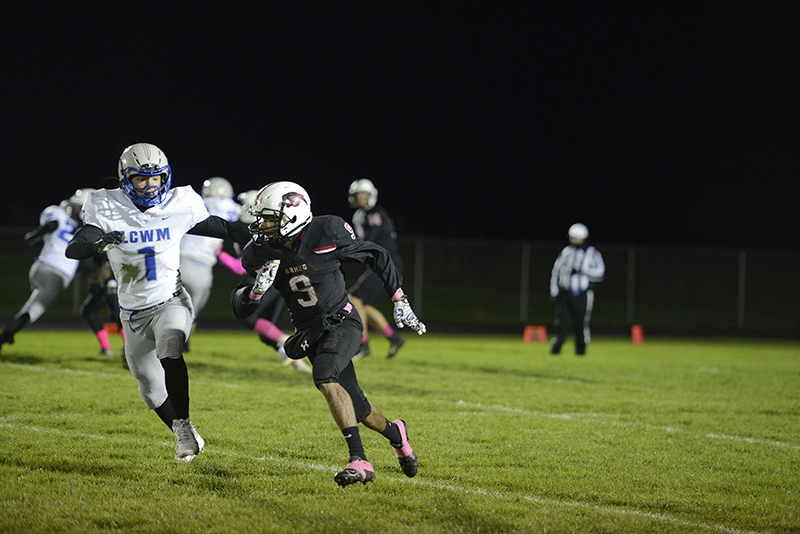 NRHEG senior Lonnie Wilson breaks past a defender while running a route late in the first half Friday night. The pass would fall incomplete. – Tyler Julson/Albert Lea Tribune

The Knights started with the ball on their own 13-yard line and punted after a quick three-and-out drive. The Panthers were plagued by penalties on their first drive of the quarter and found themselves in a fourth-and-25 situation before punting the ball away.

The Panthers recorded another takeaway on the next drive when junior Kordell Schlaak jumped on a loose ball. However, the offense again stalled out for the Panthers, forcing them to punt.

Junior Teddy Gushwa recorded an interception on the next drive, just as it seemed the Knights were moving down the field to score.

Neither team found the endzone before the end of the first half and the game went to the break still tied at 0-0.

The Panthers started with the ball in the second half, and after a stellar return by Wilson, an untimely interception gave the ball back to the Knights. The rest of the third quarter saw neither team move the ball well as the wind kept most plays on the ground.

LCWM took its fourth quarter drive all the way down to the 14-yard line, but a fourth and short stop by the Panthers halted the drive.

On the next play from scrimmage, Wilson broke the tie with the first touchdown of the game, taking a 86-yard rush to the house. A successful PAT put the Panthers on top 7-0.

Schlaak cut the Knights’ next drive short with an interception, returning the ball to the Knights’ 39-yard line. With under six minutes left in the game, the Panthers wound the clock down to two minutes before giving the ball back.

The Knights failed to convert a fourth and long on their next possession, which ended the game and gave the Panthers their third win of the season.

The Panthers move to 3-4 on the season and will play again Wednesday when they hit the road to take on the 5-1 Thunderbirds of Gibbon-Fairfax-Winthrop. 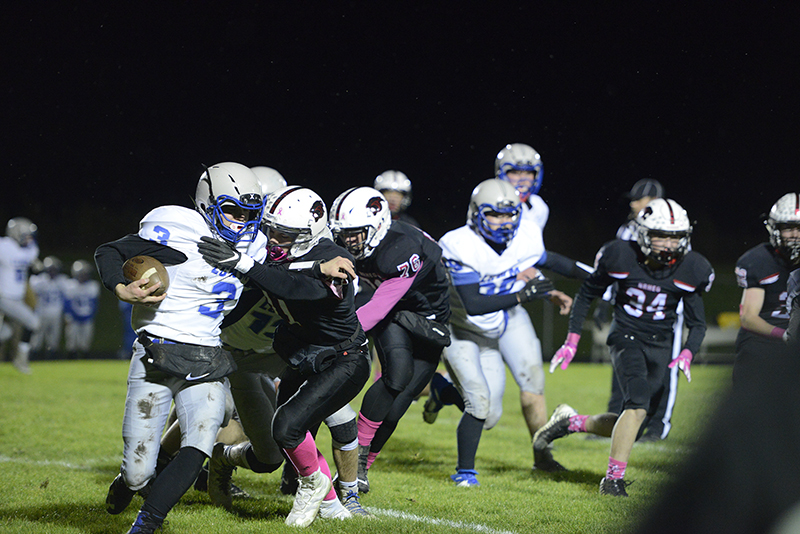