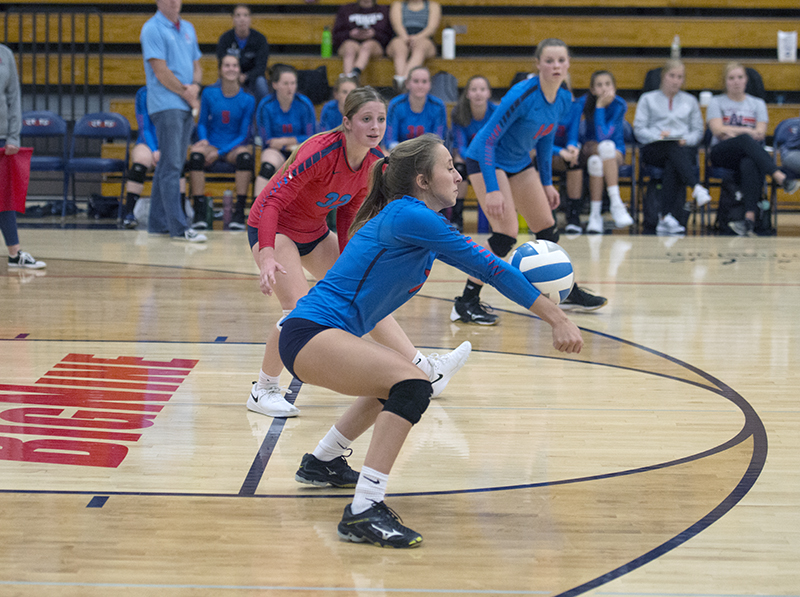 The Albert Lea volleyball team faced the challenge of hosting Northfield Tuesday night looking for its first win of the season.

The Tigers will have to wait a bit longer for that first win as the Raiders came with their A-game, cruising to a straight set win, 3-0.

In the first set, Albert Lea fell into a 10-3 hole off the bat, with two of those three points coming off missed serves by Northfield.

The Raiders had multiple girls who could hit the ball hard, and they all did throughout the game. The Tigers struggled to dig the ball after the big hits by the Raiders, and it cost them many points in the first set. 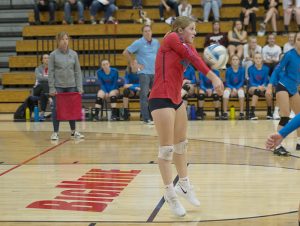 Senior Mallory Evans bumps the ball Tuesday night at home. The loss brings the Tigers to a 0-12 record on the season. – Tyler Julson/Albert Lea Tribune

Freshman Emma Stubkjaer got a little momentum back on the team after a kill and an ace on the following serve. Senior Mallory Evans started to record some digs for the team, but they rarely resulted in points for the Tigers. The set ended with the Raiders winning, 25-6.

It was no different in the second set, as Northfield opened on a 14-2 run. Already in a large hole, Albert Lea did not give up easily, having many good returns on Northfield serves. However, once again, almost none of those returns ended in points for Albert Lea.

Northfield got out to its hottest start yet in the third set, scoring 13 straight points before Albert Lea got on the board.

The Raiders seemed to start to crumble midway through the final set, but, unfortunately for the Tigers, even their mistakes were making their way over the net. 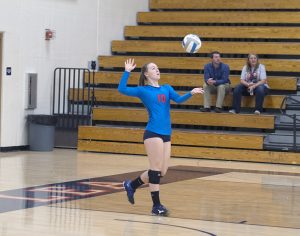 Senior Shayna Skaar and sophomore Jordan Juveland teamed up for a block, and junior Carissa Nelson got a big kill for the Tigers. However, the game was too far gone to make any sort of comeback possible. The Raiders won the set, 25-5.

The Tigers fall to 0-12 on the season and have just four games remaining in the regular season.  Their next game is scheduled for Thursday when they host the 6-14 Cougars of Mankato East.

Thursday night’s game will also be Cancer Awareness Night. The team asks that fans wear lavender to the game as the color of awareness for all cancers. Both teams will also wear T-shirts during warm-ups to show their support. There will also be raffles sold at the game.

The Tigers close out their regular season with games against Rochester John Marshall, Red Wing and Rochester Mayo before being seeded for section tournament play.