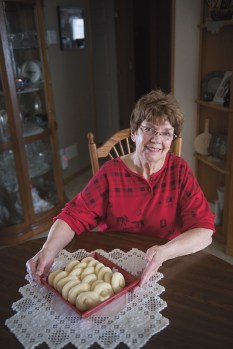 Beverly Wessels said she came up with her own take on kringla after hearing her husband and his family talk about his mother's recipe. - Colleen Harrison/Albert Lea Tribune 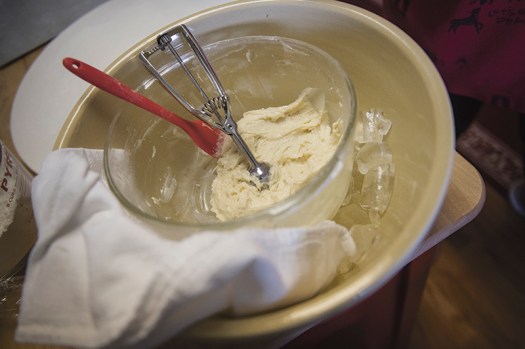 Wessels said it's important to keep the dough cool so that it's manageable when forming the kringla. - Colleen Harrison/Albert Lea Tribune 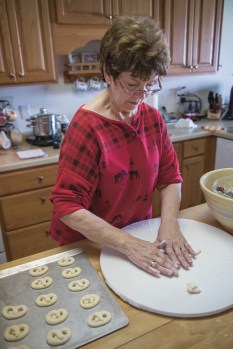 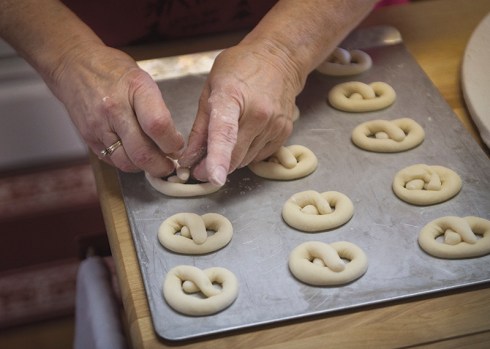 Kringla can take on different shapes or designs, depending on the person making it. - Colleen Harrison/Albert Lea Tribune 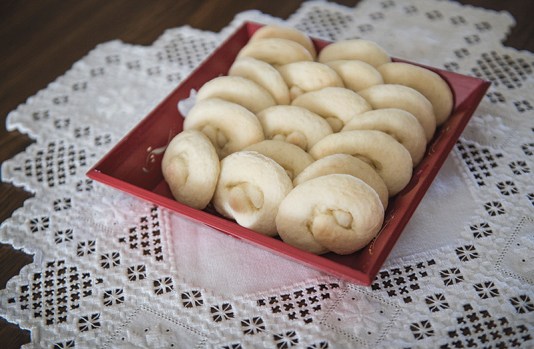 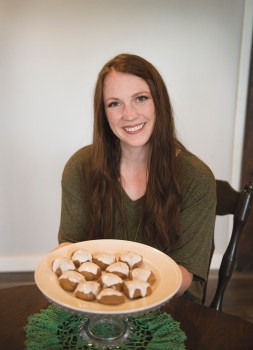 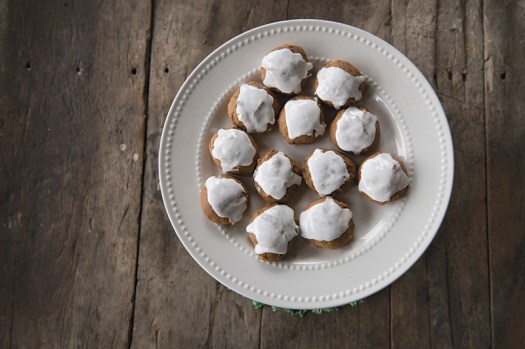 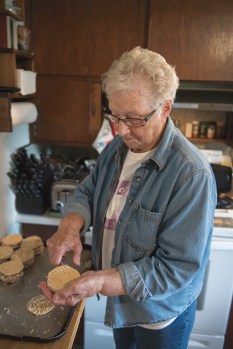 Westland's husband usually helps her by cutting the wafers in half, she said. - Colleen Harrison/Albert Lea Tribune 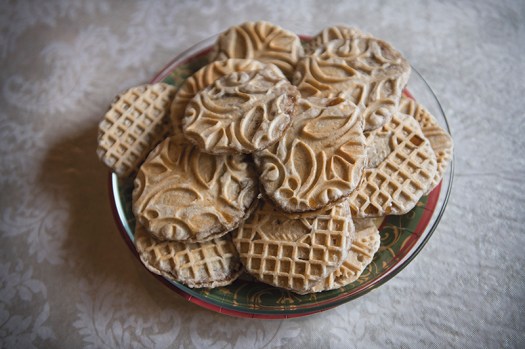 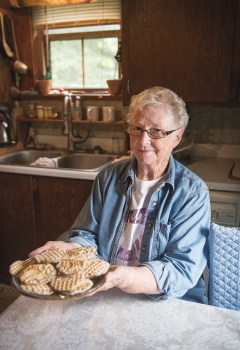 Min Westland makes her family's Strop Knipers recipe each year, as well as any other time her family or friends ask for them. - Colleen Harrison/Albert Lea Tribune

When Kayla Chrz was a child, she and her grandfather had a tradition. Each Christmas when her grandmother Pearl Klukow had made cookies for the season, she would keep them in the unheated entryway at the house to keep them cold.

Chrz said her grandmother made many delicious cookies, but her favorites were the old-fashioned molasses drop cookies with a soft marshmallow icing.

The tradition continued well into her adulthood.

Klukow was a wonderful cook, Chrz said, and after raising her own children, spent 30 years cooking for St. John’s Lutheran Community. After she retired, she would still be asked to come in annually during the holidays to bake Christmas goodies for the residents.

Chrz said her grandmother’s work at St. John’s helped her live out her love for cooking, and helped herself realize her love of caring for the elderly.

Chrz said she now enjoys baking her grandmother’s recipes for her husband, Ryan, and their three young boys. She has some of the kitchen utensils her grandmother used, and she said it brings a smile to her face knowing she’s keeping her passion for baking alive.

She makes the molasses cookies every Christmas now and gives them to her family members.

“The first bite I have each year, it’s like a blast of memories,” she said.

Cream together the sugar and the shortening. Add the eggs and beat well. Add dry ingredients alternately with the molasses/coffee. Mix until all ingredients are incorporated. Dough will be wet/sticky. (If using nuts, make sure to dust them in flour first; it keeps them from settling to the bottom.) Stir in nuts, if using.

Mix first 4 ingredients thoroughly, then add the marshmallow cream. Icing will stay soft. Make sure cookies have cooled before icing them.

Carrying on a tradition

Beverly Wessels has a Norwegian heritage, but it wasn’t until she got married to her husband, Roger, 44 years ago that she found about the traditional Norwegian cookies known as Kringla.

Wessels said they had gotten married in April and her husband’s mother died the next January. It was then she found out that his mother made the best Kringla, soft Norwegian cookies with a hint of sweetness that melt in your mouth.

Wessels started making the cookies, and now she is the only one in her husband’s family who makes them.

She makes them mainly at Christmas, but sometimes has gotten calls to make them in May.

She has made as many as 50 dozen at a time in May for St. John’s Lutheran Community, where she used to be a registered nurse. She also used to make them for Sons of Norway events and the Big Island Rendezvous.

She said she likes to pass them out particularly at Christmastime to remind people of Jesus Christ’s love.

Put in refrigerator to cool, covered with a dish towel. (Put in the refrigerator the day before you want to make the cookies to allow dough to chill 6 to 8 hours.)

Put ice in a larger bowl, and then place smaller bowl with the dough in it on top of the ice while you prepare the cookies to bake. Use a pastry board covered with cloth. Sprinkle Gold Medal flour lightly over the board. Use a small cookie scoop approximately a teaspoon to a tablespoon in size and scoop out dough. Work the dough into the flour. Roll out dough to about 6 inches in length, about the width of a finger. Fashion into shape of a pretzel. Place about 15 on a lightly greased cookie sheet about 3 inches apart.

Bake for 10 to 12 minutes until lightly browned. If too brown, cookies will be crisp.

Makes 5 to 6 dozen, depending on size.

Though how she makes them has changed from the way her mother and ancestors did, Min Westland is happy to carry on a Dutch tradition in her family of making Strop Knipers, also known as syrup pinchers.

Westland said all four of her grandparents came from Holland, and her father was born in Holland, too. The recipe for the syrup pinchers originated in 1905 with the John and Hazel Van Wilgen family.

Westland said her grandmother brought the iron they were made in when she came to the United States from Holland. The tradition was to make the Strop Knipers for Christmas and New Year’s.

Though the cookies were originally made with the iron over hot coals in an old cook stove, Westland now makes the cookies with a pizelle iron, and then heats up the filling over the stove.

“These are by far my favorite and the ones I have the most memories tied to,” she said.

The original recipe states, “Eating these sweet delights is the best part! These syrup pinchers could be hazardous to anyone with a cavity!”

Roll into balls (walnut size) and cook on a strop knifer iron to flatten. (You could use a pizella iron for approximately 2 minutes. Squeeze iron and let go.) Cut apart immediately.

Boil filling ingredients together 1 minute. Put about 1 teaspoon in each syrup pincher.