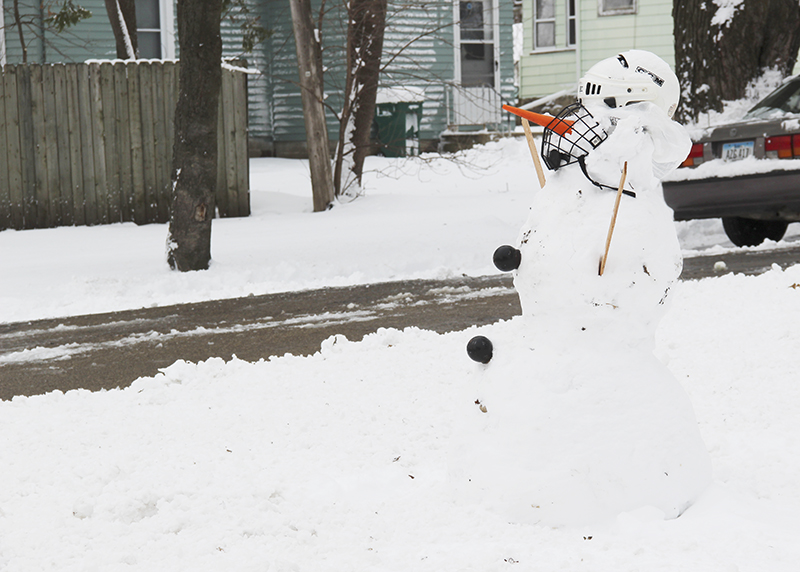 A snowman was built in the front yard of a residence on Fourth Avenue after the storm Tuesday night and Wednesday morning. - Sarah Stultz/Albert Lea Tribune

The snow led to the closure of all area schools Wednesday and made for slippery conditions until roads were cleared.

Heavy winds led to taller drifts in some areas. The forecast had called for up to 11 inches of snow.

The National Weather Service is calling for chance of snow and freezing drizzle before noon Friday.