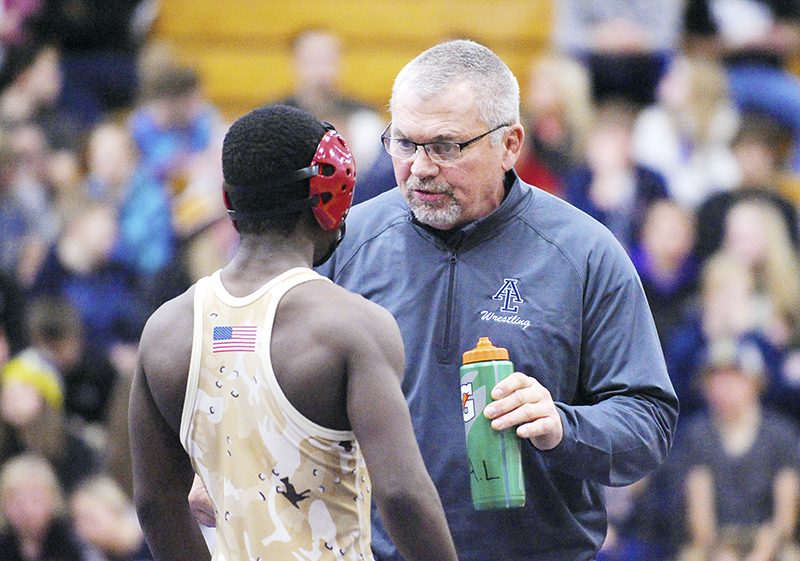 After 13 years of being an assistant and 25 years as the head coach, Larry Goodnature decided to step down from his position as leader of the Albert Lea wrestling team in May 2017.

During his reign as head coach, Goodnature coached his teams to 10 conference titles and made the state tournament as a team seven times. He coached 136 state entrants, 67 of whom were place winners and eight were state champions.

“This year, my wife, Mary, and I talked about it,” Goodnature said when discussing his retirement at the time. “She wanted me to be done, but always left the final decision up to me. From the middle of November to the middle of March, I was gone. As a wrestling coach, you have to have a very understanding wife, and she has been more than that. So during the season, I decided this was going to be it.”

Although he is officially retired, Goodnature is still a mainstay on the side of the mat, lending a helping hand to the current wrestling team. 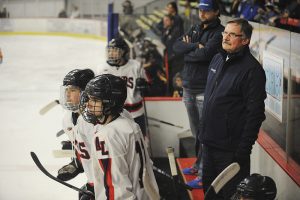 Roy Nystrom retired in 2017 after 50 years at the helm of the Albert Lea boys’ hockey team. He ranks second all time in total wins in the state. – Micah Bader/Albert Lea Tribune

After accepting the head coaching job for the Albert Lea boys’ hockey team in 1974, Roy Nystrom announced his retirement from the position in early March 2017. During his tenure in Albert Lea, Nystrom racked up 612 of his 705 total wins. Upon retiring, he was ranked second in the state in total wins and third in the nation.

He coached three Big Nine champion teams and three teams that made an appearance in the state tournament.

“It’s been an enjoyable career — there’s no question,” Nystrom said at the time of his retirement. “I enjoyed the relationship with the kids. I also enjoyed the competitive part of coaching.”

Nystrom said he still plans to attend all of the home games he can and will keep busy by attending all of his grandchildren’s sporting events. 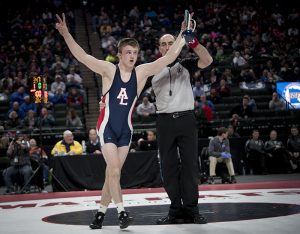 After winning his first state title in 2018, Zach Glazier entered the 2019 season as the odds on favorite to be crowned champion again. There was only one obstacle in his path, Owatonna’s Cade King.

Glazier and King battled in tight matches throughout the season, meeting a total of five times, including the state championship match at 182 pounds. Glazier came out on top of King in all five of their bouts, including the narrow 1-0 decision victory in the championship.

“I’ve dominated everyone,” Glazier said moments after his victory. “I’ve scored a lot of points and (King) has slowed me down all year, but I beat a good kid five times and that’s something to be proud of.

“It’s been a great year. I have no regrets looking back on my career. I’ve worked hard and my wrestling showed that. It’s been fun.”

Glazier ended his year with a 47-0 record and has since graduated and now wrestles at one of the premier wrestling schools in the country, the University of Iowa.

While at Iowa, Glazier has already won a handful of tournaments while wrestling away from the Hawkeyes’ varsity lineup. 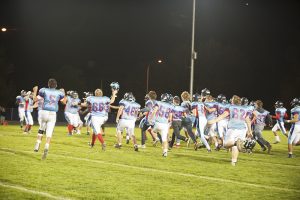 It was long overdue. The Albert Lea football team ended its infamous 32-game losing streak with a convincing victory over Tri-City United, 21-6, in 2016.

Before that, the last time Albert Lea won a game was Oct. 23, 2012, against Waseca. That was a section playoff game the Tigers won by a score of 14-9. But the streak started four days later with a 43-14 loss to Faribault. The streak finally ended Sept. 30, 2016, when the Tigers took down the Titans.

“It was a complete team victory,” Tigers coach Corey Black said after the game. “It was a long time coming, and a lot of credit needs to go to the 50 young men who persevered through all the doubt the past three years.”

Things didn’t start so well for the Tigers, though. On their second play of the game, the Tigers fumbled the ball and gave the Titans prime field position.

But the defense came through and held them to give the ball back to the offense. Running back Dylan Lestrud took over and ran the Tigers down the field before Jessie Hernandez busted through the line to give the Tigers a 7-0 lead.

The Titans would score on the next possession, but would miss the extra point.

It was all Tigers after that.

Quarterback Sam Chalmers found receiver Ben Witham on a slant pattern and he took it to the house. Later, Lestrud’s hard work throughout the game would pay him off with a touchdown.

It was a tremendous night for the Tigers, and on Homecoming nonetheless. Albert Lea played in front of an overflowing crowd at Jim Gustafson Field.

“We made memories, and nobody can take that away from us,” Black said.

That win would be Albert Lea’s biggest of the season, but it wouldn’t be the only one for the Tigers. They also defeated St. Peter, 27-14, in the last game of the regular season.

Albert Lea finished that season 2-7, losing 14-13 to Byron in the first round of the section playoffs.

In just their second season in Albert Lea, the Lakers dominated their way through the Pioneer League and won the championship in 2018 with a sweep of the Storm Lake Whitecaps.

After a first season that saw the Lakers finish less than .500, expectations were low heading into the 2018 season. However, those expectations were flipped early when Michael Keeran was named head coach of the team and immediately started pulling in top talent from all over the country.

One of those recruits was Ben Madison, who after playing one game for the Lakers was drafted into the major leagues by the San Francisco Giants.

In his one start, Madison pitched six full innings, allowing only one hit and one walk, while striking out 11 batters.

By the end of the season, the Lakers only lost a total of six games and flew through the playoffs and championship series with 4-1 and 13-12 wins.