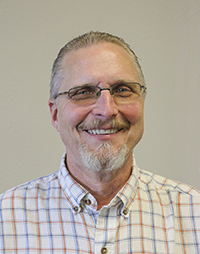 In the world of zoning and building codes, most people can find areas of confusion and frustration — even those who administer them. After starting with the city in early 2017, it soon became evident to me that we needed to clarify and adjust many areas of the City Code. We want to ensure that construction in Albert Lea is not complicated and make sure that the average person can understand the rules and regulations required of them.

Inspection and planning staff started making a list of ordinances and codes that didn’t quite make sense and then presented proposed updates or changes to the Planning Commission. One of those changes even lessened the existing requirement.

Before bringing six ordinances to the council, our staff consulted the list and proceeded to propose changes to the definition of a front yard and several adjustments to parking standards in a residential zone.

The front yard (versus side yard) definition was an antiquated way of describing a front yard based on the smaller of the two sides of a lot. The new definition has a bit more flexibility in determining which yard is “front.” This can be critical for the landowner if you want to build an addition or accessory building of any sort.  So we loosened the rules.

Another amended ordinance worked to remove the requirement for pavement for recreational vehicles in the side or rear yard. This change is less costly and less restrictive for the homeowner.

Staff also drafted an ordinance that explains the width of driveways and flares in a way that is easy to understand. One ordinance now includes graphics to better illustrate its intent. The code before the amendment restricted parking in front of a house to just the driveway; the City Code now allows for an extra driveway flare for an additional vehicle in the front. We all know the number of vehicles in a household has increased over the years, so in this case the code was clarified and made less restrictive.

Staff in Albert Lea believes common sense codes are vital in achieving safety and enjoyment. We want our residents and developers building, not spending time deciphering a code that was written in decades past. I am excited about the customer-focused work that we are providing daily, and I look forward to what’s next in Albert Lea! Stay tuned for the coming action in early spring!

Wayne Sorensen is the building and zoning administrator of the city of Albert Lea’s Inspection Department.