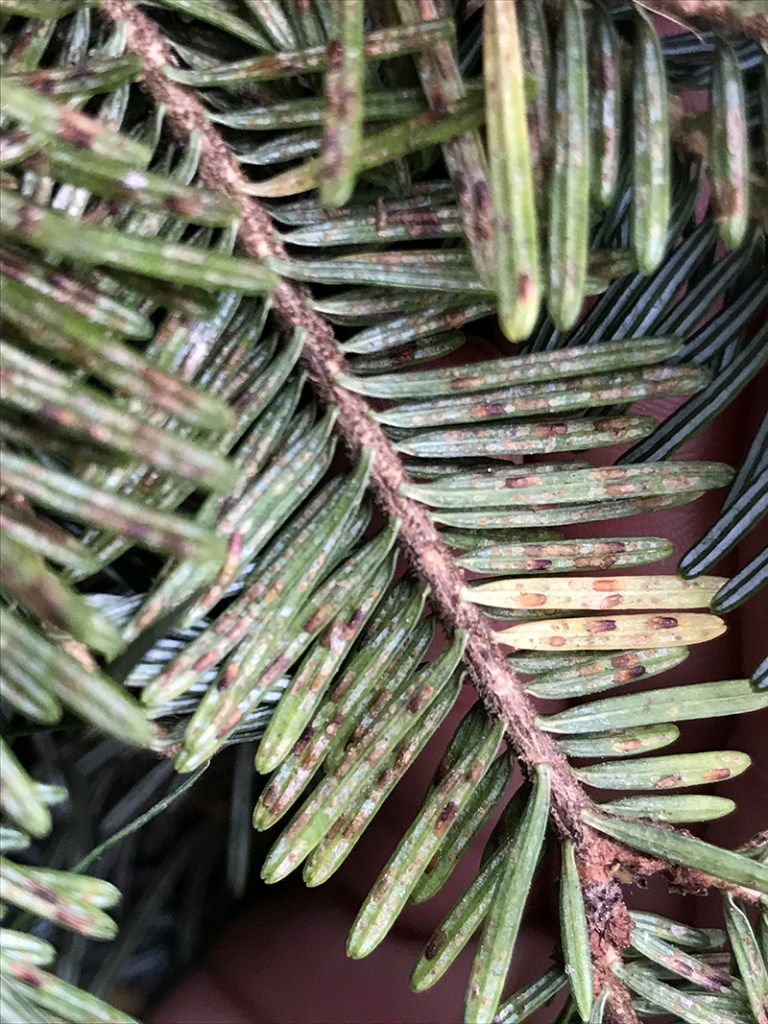 Elongate hemlock scale feeding on the underside of a Fraser fir branch. Provided

Insects and diseases can hitchhike on trees and holiday greenery brought into Minnesota from other states. Now, the Minnesota Department of Agriculture is asking residents to properly dispose of greenery and trees after the holiday season, according to a press release.

The MDA inspects holiday products for elongate hemlock scale, boxwood blight, Oriental bittersweet, gypsy moth and many more. These diseases, pests, and plants can easily hitchhike into and around Minnesota. For instance, boxwood blight and Oriental bittersweet could be found in greenery and centerpieces. Gypsy moth and elongate hemlock scale are two insects that can be moved on Christmas trees.

The biggest concern this season is elongate hemlock scale which has become an issue for Fraser fir producers in the mid-Atlantic states. Elongate hemlock scale are very small insects that secrete a waxy coating for defense and feed on the sap from hemlocks, firs and spruces. They have piercing/sucking mouthparts they insert into the host plant for feeding. The scale can cause needles to yellow and fall off.

The MDA has been working with suppliers and sellers in Minnesota to remove trees, wreaths and other greenery infested with elongate hemlock scale from sale. This scale is not known to occur in the state, and there are concerns it could become a problem for Minnesota Christmas tree producers, nurseries and local forests.

If you know your Christmas tree and greenery are not from Minnesota or are unsure where it originated, do your part when the holiday season is over to protect our environment from a variety of pests and diseases. Follow this advice:

Do not toss trees and greenery into backyard woods or your compost pile.

Use a city or county organized tree and greenery pick-up or drop-off.

If your city or county does not have an organized pick-up or drop-off, burn the greens. Always check with local ordinances first and follow them.

If you suspect your greenery or tree may be infested with an invasive insect or disease, contact the MDA’s Arrest the Pest line at 1-888-545-6684 or arrest.the.pest@state.mn.us.