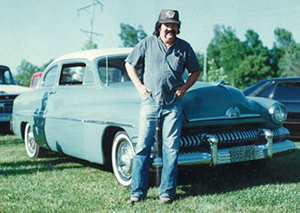 A private celebration of Richard’s life will take place Sunday at Bruss-Heitner Funeral Home in Wells. Burial was in Walters Cemetery earlier in the week.

Richard loved being at home raising his pigeons. He and his close friends formed the Old School Jacobin Club. Richard also loved his cars, driving them and working on them — especially his ’51 Mercury, and collecting antiques.

He was preceded in death by his parents and his brother-in-law, Ervin Gerber.

He is survived by his sons Greg Haukoos of Walters, Ricky (wife, Georgia) Haukoos of Austin, Michael Haukoos of Sioux Falls, South Dakota, and David Haukoos of Seattle; numerous grandchildren and their families; one sister, Mary Gerber, of Walters; and two brothers, Dale (Donnell) of Albert Lea and Paul (Nadine) of St. Peter.

1 arrested for fleeing police, controlled substance charge and other reports