What’s the greenest way to get rid of your Christmas tree? 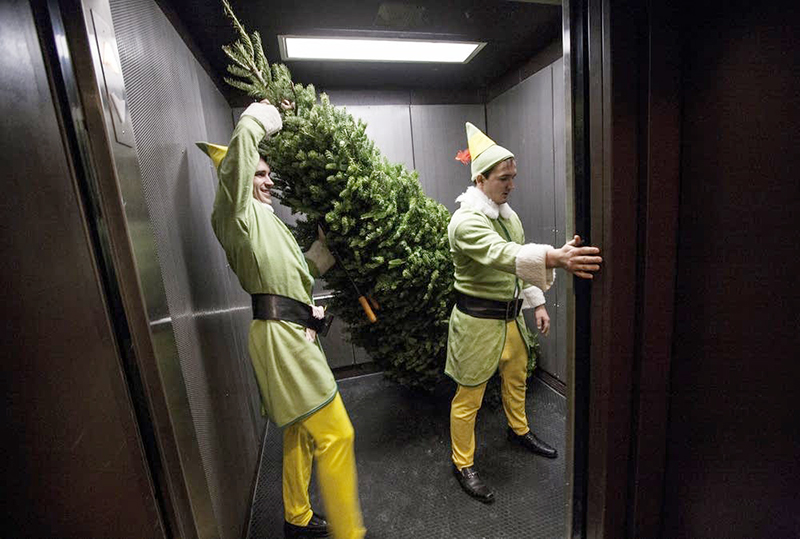 Christmas is over, which means thousands of Christmas trees across Minnesota are nearing the end of their usefulness.

Many people looking for an environmentally friendly way to dispose of their tree might consider composting it or mulching it up to keep down back yard weeds.

However, the most environmentally friendly way to get rid of a Christmas tree is to drag it out to the curb and leave it for the garbage truck, according to the Minnesota Department of Agriculture.

The department recently warned that trees and greenery brought in from eastern states might be carrying any of several damaging invasive species, including elongate hemlock scale — very small insects that feed on hemlock, fir and spruce trees. They suck out the sap and their sharp, piercing mouths damage the tree.

To keep the invasive insect from establishing itself in Minnesota, the department recommends sending Christmas trees to the landfill to be burned or buried.

In Hennepin County, environmental outreach manager Christina Schmitt suggests taking it a step further by wrapping wreaths in plastic bags before dragging them to the curb for garbage pick up.

“We don’t want these insects hitchhiking around,” she said.

Schmitt acknowledged that sending trees to the landfill might not seem like a particularly green way to wrap up the holidays, but that’s nothing new. Christmas is not the most environmentally friendly of holidays.

Then there are the strings of Christmas lights which burn out every year, and get thrown away. They’re recyclable, but people have to actually take them in to the transfer station and put them in a special bin. If string lights end up in household recycling, Schmitt said they go into the wrong machine.

“In the recycling industry, Christmas lights are known as ‘tanglers,’” she said. “They just gum up the machine. They do so much damage.”

The only environmentally friendly part of Christmas, she said, is the cardboard. That’s easily recyclable, though she said it would still be better to use a bit less of it.

“I really don’t want to be a Debbie Downer here,” she said. “I don’t want to make people feel bad. I just want us all to do better in the future.”

For everyone feeling guilty about the environmental impact of their Christmas celebration Schmitt suggested going green with new year’s resolutions.

“Resolve to bring your own mug to coffee shops,” she said. “That way you don’t throw away so many disposables.”

Or maybe resolve to buy less clothing, she said, or shop at used clothing stores.

“And it sounds old-fashioned,” she said, “but maybe try to fix your things, instead of throwing them away. Like a toaster. It might be worth fixing your toaster.”

People living in Hennepin County can get help fixing broken household items at one of the county’s monthly fix-it clinics.

And if you still feel bad about landfilling your Christmas tree, she said, buy a fake tree for next year.

“But don’t buy it new,” she said. “Buy it at the Goodwill. That way it already exists.”