A battle for the Top of Iowa 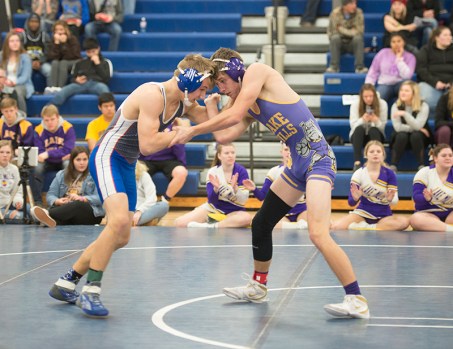 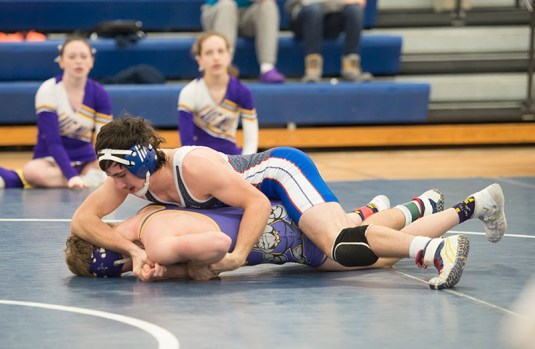 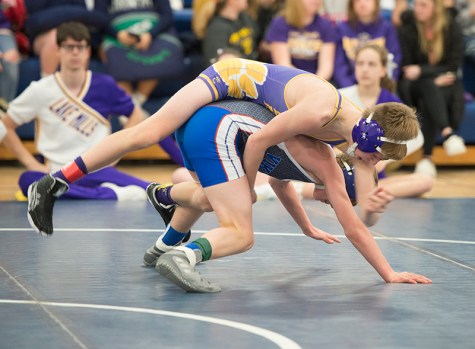 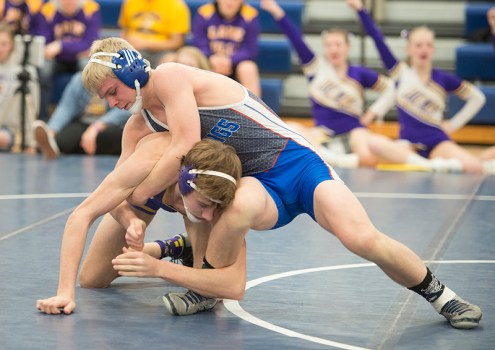 Lake Mills and Northwood-Kensett face off in a quadrangular

The Vikings and Bulldogs went head-to-head in their first dual of the night before each moved on to face off against the Broncos and Eagles.

The Vikings picked up big individual wins throughout the night, but struggled as a team, going 1-2 in duals. The Bulldogs dominated in each team dual, cruising to three straight wins.

The night got started with a bang as Lake Mills senior Jimmy Gallardo pinned Northwood-Kensett sophomore Hayden Moore in the first period of their 126-pound match.

The Bulldogs answered right back with two wins of their own at 145 and 152 pounds. The first came from sophomore Brett Peterson over Northwood-Kensett sophomore Josiah Kliment in a 10-8 overtime decision. The second came from junior Casey Hanson in a first-period pinfall over junior Brandon Varner.

The Bulldogs then took four straight from the Vikings via forfeit, as seniors Elijah Wagner and Drake Harnish and juniors Ashten Love and Brayden Lindeman each added six points to the team total.

No. 1-ranked 220-pounder Gideon Rollene won via a forfeit and was followed by a pinfall from Northwood-Kensett senior Ethan Thofson over Chris Jamtgaard.

As the dual jumped back down to the lower weights, Lake Mills picked up another win, this time from freshman Kinser Hanson over Treycen Rollene in a 6-2 decision.

Vikings freshman Dalton Logeman got a 7-2 decision win at 113 pounds over Bulldogs freshman Geraldo Vasquez. However, the Bulldogs won the last match of the dual when junior Jack Ramacker earned a first-period fall over freshman Monte Sims.

The Bulldogs went on to dominate the Broncos, not giving up a single team point, 79-0, and then got another easy win over the Eagles, 51-21.

Northwood-Kensett won its dual against Belmond-Klemme fairly easily, 54-24, and lost a very narrow dual to West Hancock 39-36. Gideon Rollene picked up a big win in the West Hancock dual, despite the team loss. Rollene continued his dominating run atop the Class 1A 220-pound weight class by beating the No. 4-ranked wrestler 7-5.

The Vikings will be back in action Saturday when they travel to Anamosa for a team tournament.

The Bulldogs will also wrestle in a tournament Saturday, however, they will travel to North Butler High School.

Both teams are just over two weeks away from the first round of postseason wrestling, when Lake Mills will host the seven-team sectional meet Feb. 8.