Al Batt: The daddy longlegs is an arachnid, but that doesn’t mean it’s a spider 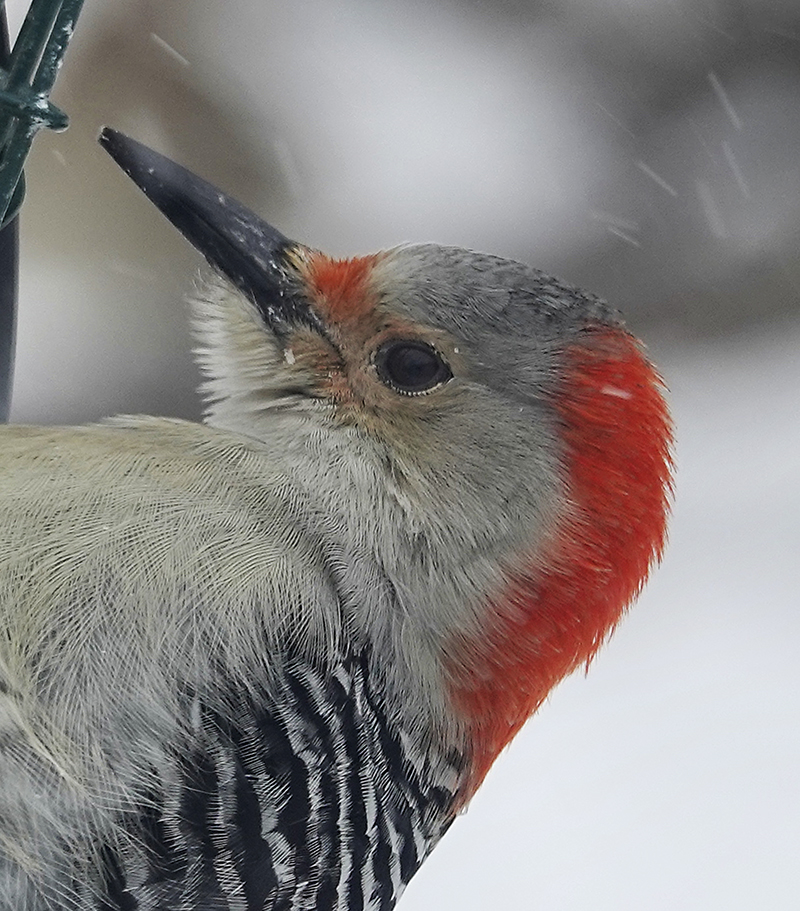 A male red-bellied woodpecker has red from his nape to his bill and lacks the gray crown of this female. - Al Batt/Albert Lea Tribune

“Everything is nearly copacetic. I’ve been watching some high school basketball games. I remember when the fans used to chant for me to enter the game.”

“I recall that. Those fans were rooting for the other team. How is your class at the college going?” I say.

“Because you’re never too old to stop learning.”

It was snowing. I couldn’t see my hand in front of my face — at least until I took it out of my pocket. I thought of albedo. No, that isn’t the name of an infamous mobster. The reflection of sunlight from the Earth’s surface is an important control on the temperature. The percentage of sunlight reflected from a surface is called its albedo. Generally, the greater the albedo, the cooler the surface because less sunlight is absorbed. Snow acts as a reflective blanket. It reflects the sun’s heat, cooling the overlying air, and it insulates the ground in winter, preventing some upper soil layers from freezing solid and protecting underlying vegetation from damage by severe frost. Snow reflects more of the sun’s energy because it’s white and more reflective than the darker ground.

There was a caucus of crows sorting through the snow. There was likely carrion there or perhaps the crows we’re building a snowbird. Earlier, the crows and blue jays had been hassling a sharp-shinned hawk in the yard. That accipiter had taken a junco.

I’ve been seeing more coyotes and their accompanying tracks. The mating season for coyotes begins in January and lasts through February. After breeding, females search for dens where five to seven pups are born in April. I’d seen a coyote, with tail curved to its body, running down the road not far from my mailbox.

Canada geese flew overhead. There was a lot of honking. Road rage in the air? 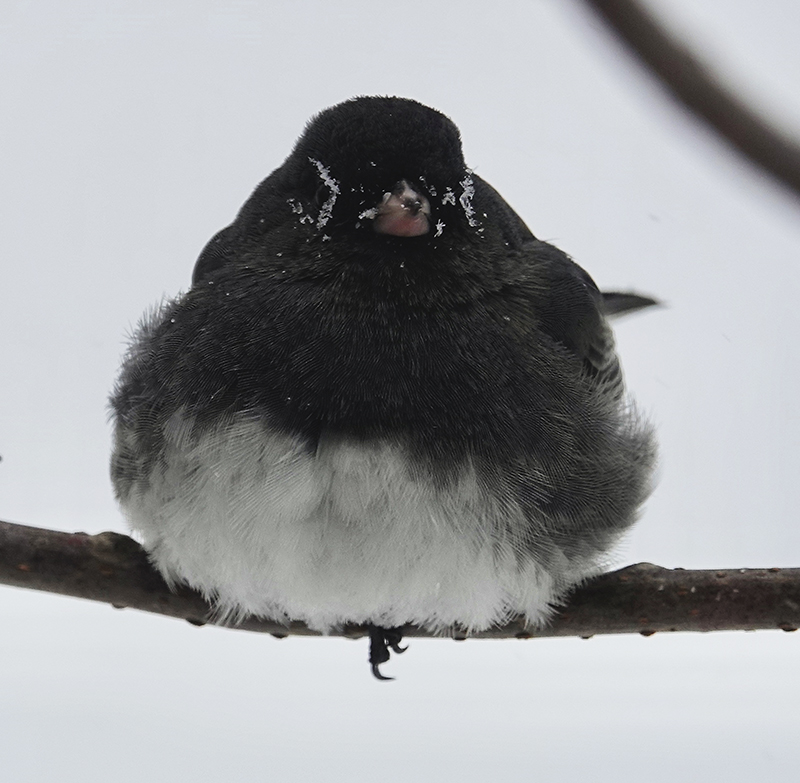 Maybe this look is why a junco is called a snowbird. – Al Batt/Albert Lea Tribune

“What is a group of squirrels called?” A surfeit. An interesting collective noun. Surfeit is a word meaning an overindulgence, an excessive or immoderate amount.

“If I were to give a popsicle to a beaver, would it eat only the stick?” Yes, unless it’s a red popsicle. They’re quite tasty.

“Does the daddy longlegs have the world’s most powerful venom?” No. The living thing we most often call daddy longlegs is an arachnid, but it’s not a spider. It’s a harvestman and it has no venom of any kind. Some people call the long-legged crane flies daddy longlegs. They are harmless insects that have the appearance of large mosquitoes. They have no venom at all.

“How fast can a hunting peregrine fly?” According to PLOS Computational Biology, the peregrine falcon is capable of snatching prey from the air at speeds of 186 to 223 mph. This stoop gives the falcons an element of surprise and allows them to outmaneuver their prey. The falcons are more maneuverable at higher speeds because they are able to generate more turning force.

“Are the birds at my feeders this winter the same ones that were there last year?” There is a definite possibility of that being the case. Most songbirds aren’t typically long-lived, but are creatures of habit just as we are. Bird banding studies have shown that many of our winter birds return to the same wintering location yearly. Keep the feeders filled and there is a good chance the birds will be loyal customers.

“We dissected owl pellets in school. Do any birds other than owls regurgitate pellets?” A pellet is the mass of undigested parts of food that a bird regurgitates. The contents, dependent on diet, could include bones, fur, feathers, the exoskeletons of insects, plant matter, bills, claws and teeth. In falconry, the pellet is called a casting. In addition to owls, there are many other birds that produce pellets including gulls, herons, hawks, songbirds and many species of shorebirds.

“How big do Minnesota wild turkeys get?” The heaviest documented bird tipped the scales at just over 30 pounds. The wingspan of a turkey can be a bit over 4 feet.

“There are some who can live without wild things, and some who cannot. Like winds and sunsets, wild things were taken for granted until progress began to do away with them. Now we face the question whether a still higher ‘standard of living’ is worth its cost in things natural, wild and free. For us of the minority, the opportunity to see geese is more important than television, and the chance to find a pasqueflower is a right as inalienable as free speech.” — Aldo Leopold

“You have to laugh at the things that hurt you just to keep yourself in balance, just to keep the world from running you plumb crazy.” — Ken Kesey