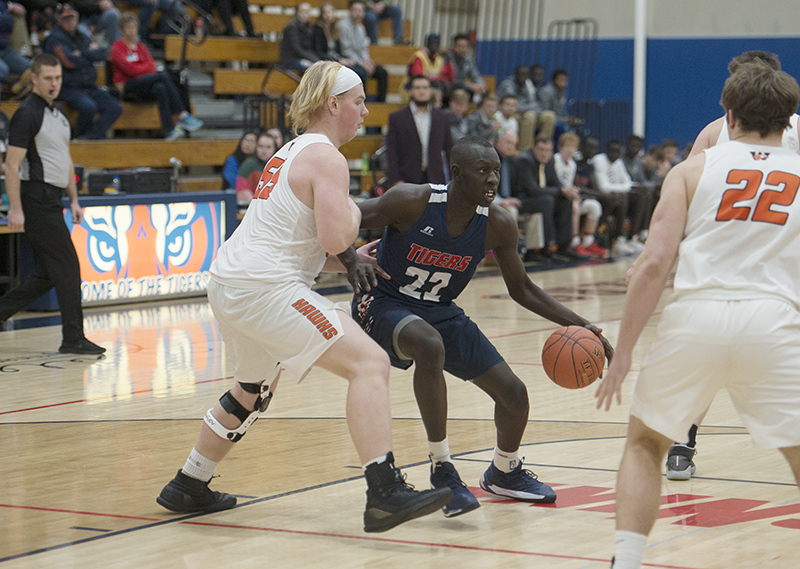 Albert Lea senior Chay Guen fights for position in the lane Tuesday night at home against Winona. Guen had 16 points, including three big dunks in the 63-61 win over the Winhawks. - Tyler Julson/Albert Lea Tribune

The Tigers defeat Winhawks, avenge loss from earlier in the season

Despite a late comeback attempt by the Winhawks, the Tigers held on to an exciting game and avenged their earlier loss to the Winhawks, 63-61.

The first half was filled with long drawn-out possessions, with both teams playing tough physical defense. Through the first 10 minutes of play, the Tigers held the Winhawks to just one field goal, the three-pointer on their first possession.

Albert Lea was able to spread the ball around well through the opening half. Six different Tigers made the first scores of the game. Senior Chay Guen was the first player to score multiple baskets, scoring his second with under seven minutes to play in the half.

The Tigers scored on their opening possession off a three from senior Andrew Willner and would not surrender the lead until the closing seconds of the half. 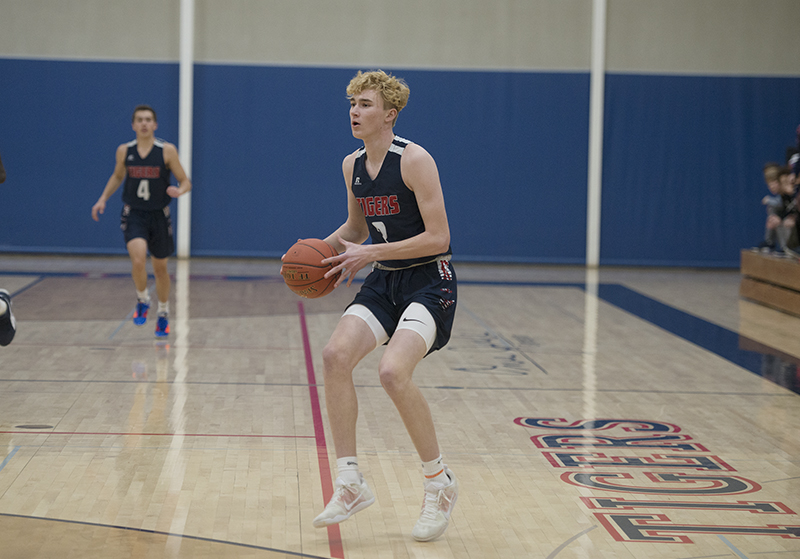 Senior Koby Hendrickson pulls up for a wide open three-pointer in the first half against Winona Tuesday night. Hendrickson had 14 points in the Big Nine Conference win. – Tyler Julson/Albert Lea Tribune

The Tigers’ lead grew to as much as six points in the first half, but the Winhawks were never far behind.

After Winona closed the gap to just one with around five minutes before the break, senior JJ Mucha-Owens scored six straight, four of which came from the free throw line.

The Winhawks battled back before the end of the half and hit a three-point buzzer-beater to take a 26-25 lead into the locker rooms.

The Tigers came out in the second half and quickly took the lead back, thanks to buckets from seniors Connor Veldman and Chay Guen. When the Winhawks started to creep back into the game, Mucha-Owens once again took control. Mucha-Owens went off for 12 straight points for the Tigers, extending their lead to nine points and forcing the Winhawks to call a timeout.

Out of the break, Winona again started to close the gap, coming to within three points. However, Guen and senior Koby Hendrickson had other plans, as Guen slammed three big-time dunks and Hendrickson converted on a momentous and-one opportunity.

The Winhawks would not stay down, however, keeping the game close to the final buzzer. Hendrickson hit three key free throws at the end of the game to keep the Tigers out in front, and the second half ended just like the first — with a Winhawk buzzer-beater. However, this one was not enough to upend the Tigers.

Mucha-Owens led the Tigers with 21 points. Guen and Hendrickson were also in double figures with 16 and 14 points, respectively. Veldman and junior Bhan Kuey each had four, while Willner had three and freshman Pal Wal had one.

The Tigers move to 7-7 on the season and will play again Thursday night, when they travel to Rochester to take on the 10-5 Century Panthers. 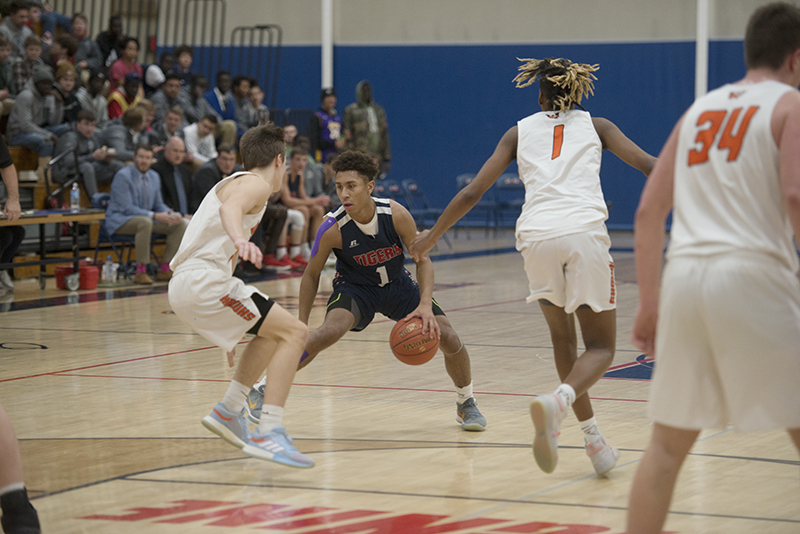 Reeling Timberwolves try to pivot away from record collapse