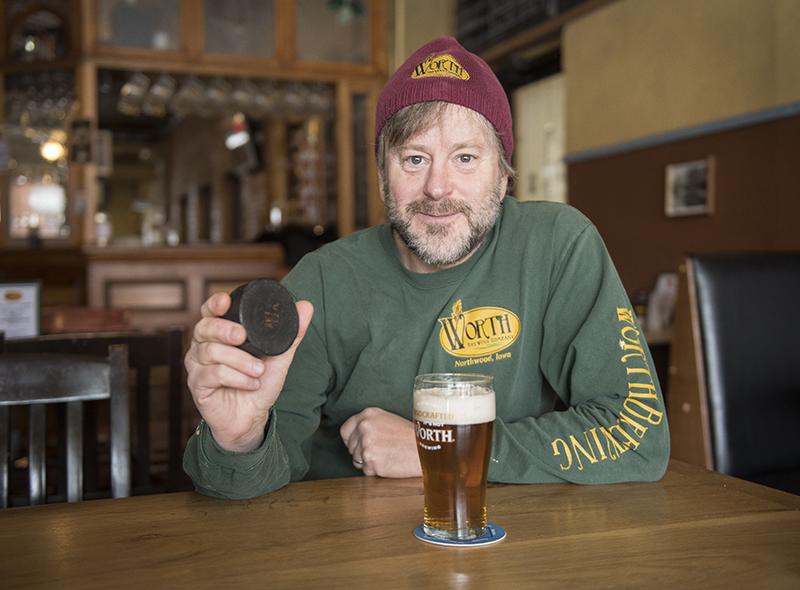 Worth Brewing Co. Olfest celebration to include puck hunt

NORTHWOOD — For the third consecutive year, Worth Brewing Co. will provide some extra fun in and around the Northwood community with a puck scavenger hunt in the week leading up to its annual Olfest celebration.

Peter Ausenhus, owner and head brewer at Worth Brewing Co., hides two hockey pucks, one in the town of Northwood and one somewhere else in Worth County, then provides clues as to their whereabouts throughout the week.

“It’s a way to get people out and doing some fun things and exercising,” Ausenhus said. “People can get out and see parts of the county they might not get to normally see. The winter gets long and people don’t go outside as much. Our festival is inside, but we also have a fire going outside in the back. It’s about embracing and celebrating the winter.”

Ausenhus has hidden a varying number of pucks each year, and this year he decided on two. In past years, the Worth County puck has been found in Hanlontown and Kensett. While Ausenhus is offering no early hints as to where the pucks are hidden this year, he did set rules for himself while hiding them. The puck will always be hidden where the public can freely go without ever crossing into private property. It will not be any higher than eight feet off the ground, and it will not be hidden in any potentially dangerous locations, like next to a river. 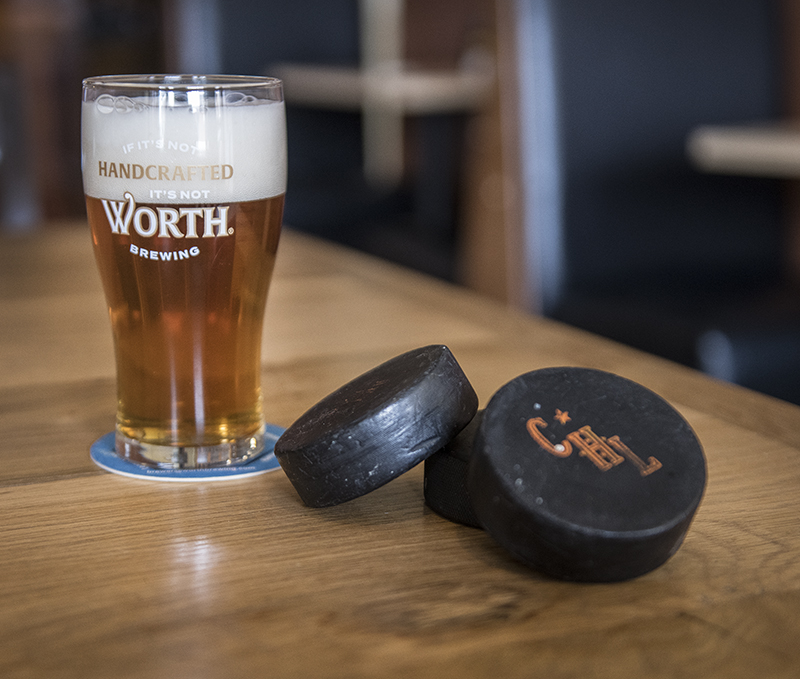 The hunt culminates in the Olfest celebration Feb. 1 at Worth Brewing Co., where the puck hunters will be awarded their certificates. – Colleen Harrison/Albert Lea Tribune

Ausenhus got the idea from a few other festivals that had scavenger hunt activities, such as Schell’s Bock Fest and the St. Paul Winter Carnival. He keeps hockey pucks around the brewery for miscellaneous uses and thought they would make for a good scavenger hunt item.

Sam Duncomb, a Northwood resident who has participated in the puck hunt since its inception, has found three pucks in total.

“I love the adventure and challenge of the puck hunting,” Duncomb said. “I will be looking again this year.”

All who are interested in the puck hunt can keep a watchful eye on Worth Brewing Co.’s Facebook and Twitter pages for clues. The first clue will be released Sunday. If a puck is found, hunters are encouraged to contact the brewery as soon as they find it. The lucky hunters will be awarded a $25 gift certificate.

The hunt culminates in the Olfest celebration Feb. 1 at the brewery, where the puck hunters will be awarded their certificates. The festival doors open at noon and stay open until 11 p.m., with many activities for everyone to enjoy. Potato Fest Dogs, red cabbage and spaetzli with butter or gravy will be for sale until supplies run out. The tradition of beer poking, in which a red-hot fireplace poker is inserted into a glass of beer to caramelize the malt and give it a smokier flavor, will be available from 3 to 10 p.m. behind the brewery at the fireplace. The Dobbins Creek Boys will play live music from 5 to 8 p.m. Hammerschlagen will be available all day long and giveaways will be awarded throughout the day. The puck hunt gift certificates will be awarded at 8 p.m.