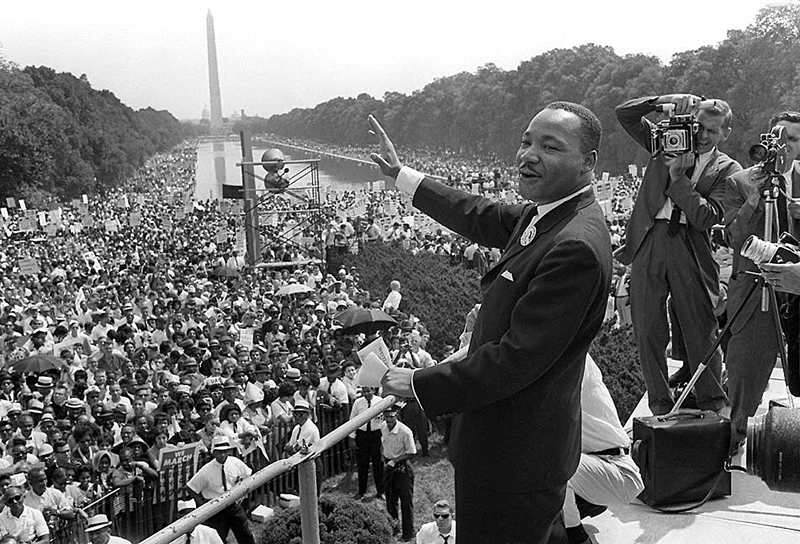 The annual Martin Luther King Jr. celebration on Monday will center around economic justice with a focus on the history of labor in Albert Lea.

The celebration will begin with a gathering at 5 p.m. in the atrium at Riverland Community College, followed by a program at 5:30 p.m. in the lecture hall.

Mary Hinnenkamp, a member of the Peace and Justice Committee that organizes the event, said the committee brainstorms themes for the event each fall. The idea for this year’s celebration came after one of the committee members had seen Eva Barr’s play “Wilson’s Girl: Unpacking the Beef in a Minnesota Town” that was shown at Riverland Community College in both Albert Lea and Austin. The play is based on Cheri Register’s “Packinghouse Daughter,” a memoir of the 1959 strike at Wilson’s meatpacking plant in Albert Lea.

The committee contacted Barr about the idea, who agreed to reenact part of the play at the event. Several of Albert Lea High School teacher Jim Haney’s students will do readings.

In addition, there will be songs by several young women under the supervision of high school teacher Diane Heaney, as well as singing by musician Elisha Marin. Jeremy Corey-Gruenes will hand out the annual Peace and Justice scholarship.

Organizers also plan to show a short clip of King when he was in Memphis before his assassination, where he was marching with striking garbage haulers.

She said economic justice is one of the lesser-talked about efforts King stood for, while he is typically known for his efforts to promote civil rights and peace in the nation.

She noted Albert Leans have a strong history of standing up for themselves that continues even today with the grassroots Save Our Hospital and Save Our Healthcare effort that has been underway. She said when Mayo Clinic Health System in Albert Lea announced it would transition most inpatient services to Austin, people organized together to fight for the community.

“They didn’t take it lying down,” she said. “They fought back.”

Hinnenkamp said the Monday event will also include exhibits with memorabilia from the Union Center and the Freeborn County Historical Museum relating to the different strikes in Albert Lea.

“We live in a time where people need to come together and work together for what’s right and what’s fair,” Hinnenkamp said. “Everyone needs to try to work together to improve our communities.”