Another split for Lake Mills 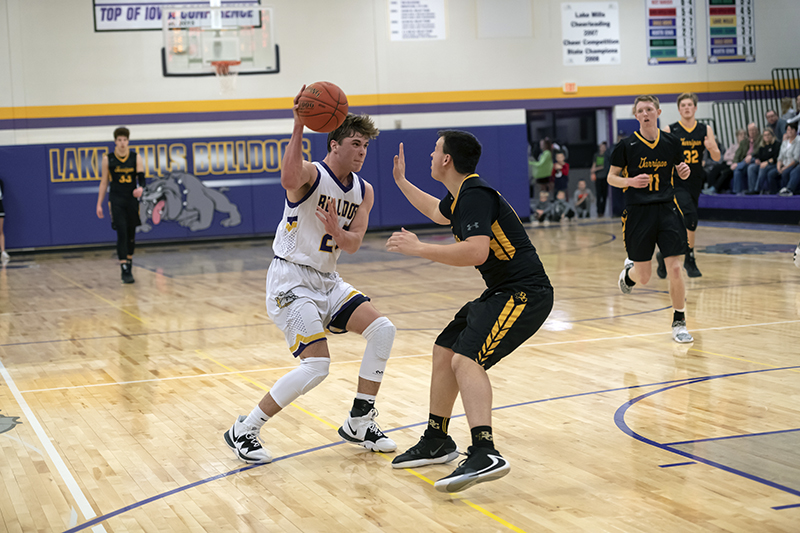 Lake Mills junior Caleb Bacon makes a pass into the paint Tuesday night against Bishop-Garrigan. Bacon scored 14 points as the No. 2 Bulldogs routed the No. 4 Golden Bears, 67-49. - Lory Groe/For the Albert Lea Tribune

The Lake Mills boys’ and girls’ basketball teams hosted Bishop Garrigan Tuesday night in a battle of the Top of Iowa-West Conference.

The boys’ game was a fairly close contest up to the start of the fourth quarter.

After going to the halftime break down by just two points, the Bulldogs rallied in the third to take the lead back 46-44 to start the fourth and final quarter.

It was all Bulldogs in the fourth, outscoring the Golden Bears 21-5 to win the game easily.

The Golden Bears committed 18 fouls throughout the game and the Bulldogs capitalized, going 12-21 from the free-throw line.

“Our guys played their best defense of the year in the second half,” said head coach Kyle Menke. “On offense, we attacked the basket well and shared the ball.” 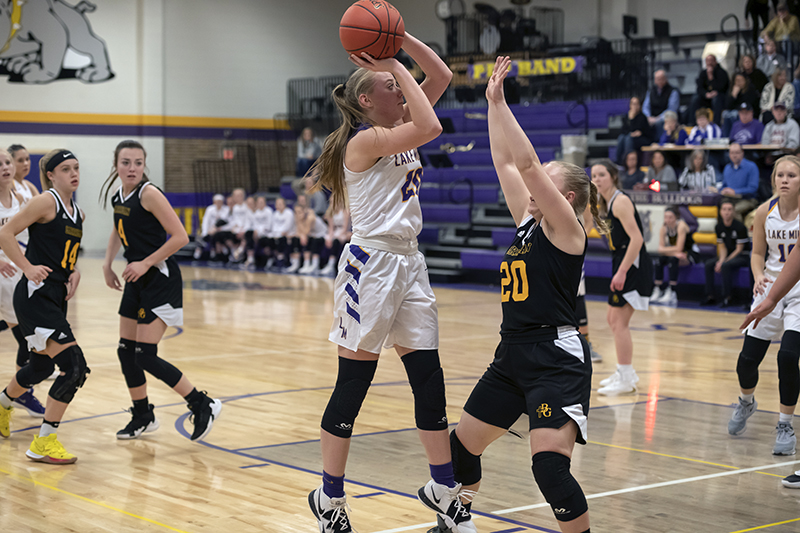 In the girls’ game, the Bulldogs struggled to get any offensive momentum against a stout Golden Bears defense.

Senior Megan Groe was the next highest scorer with eight and  junior Taylor Ingledue and sophomore Leah Moen each had six.

“The second time around the conference, the goal is always to improve, play a team better than you did the first time,” said head coach Garret Patterson.  “We accomplished this tonight, even though the score may not reflect it. We did a better job of defending, though they have a couple really tough freshman that you can’t plan to stop, just hope to contain. I am proud of the girls’ efforts tonight as we head into the final third of the season.”

The girls fall to 5-9 on the season and both teams will be back in action Friday when they host Osage.