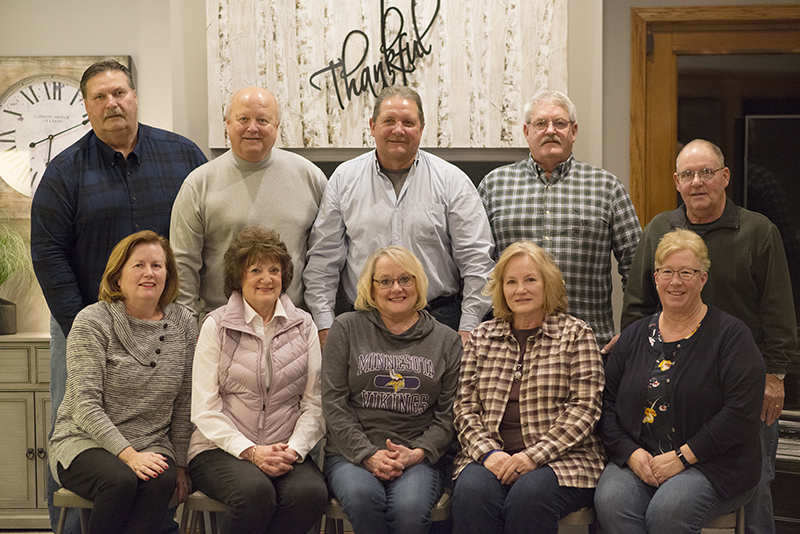 From left, Don and Julie Yost, Dennis and Nancy Mattson, Cindy and Bob Mathiason, Russ and Bonnie Nelson, and Del and Sue Johnson have been getting together to celebrate the Super Bowl for over 40 years. - Tyler Julson/Albert Lea Tribune

Group has watched Super Bowl together every year for 40 years

For over 40 years, five area couples have held on to the tradition of getting together every year on Super Bowl Sunday to watch the big game and catch up with each other as a group.

When Super Bowl 54 starts Sunday night, it will mark the 41st year the group has gotten together to celebrate.

Don and Julie Yost, Dennis and Nancy Mattson, Cindy and Bob Mathiason, Russ and Bonnie Nelson, and Del and Sue Johnson started the tradition in 1979 and have had a party every year since.

The group started because all the men in the group knew each other through high school, and said there was no real reason they started having the party other than to get together for a night of fun. After a few years of getting together, they decided to cement it as a yearly tradition.

“We all have been friends since high school,” Russ Nelson said. “We played sports with each other and against each other. Then we ended up staying friends and we married five lovely women. I really look forward to this every year. We have a lot of fun.”

The five couples have a rotation of who hosts the party every year, and they have it scheduled out to the year 2035. Aside from watching the game, the group has a number of other traditions as well. 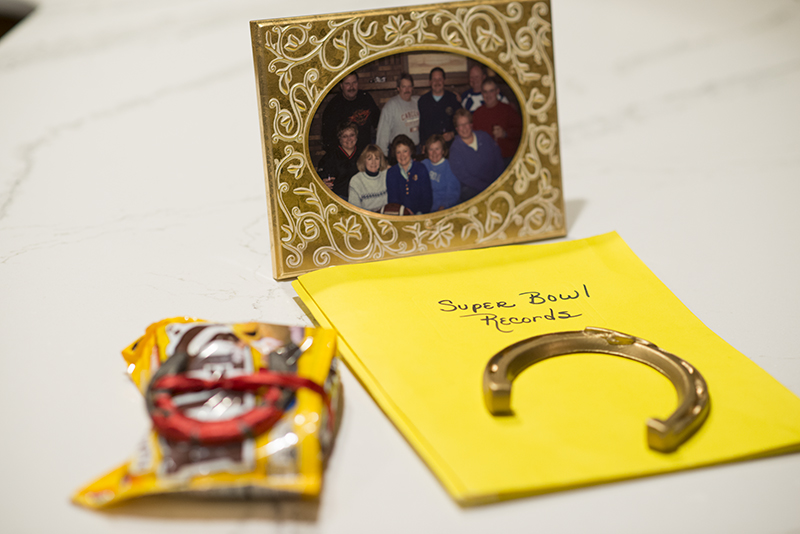 The group keeps a record book of who wins the contests every year, along with a horseshoe with the year they started and everyone’s names written on it. – Tyler Julson/Albert Lea Tribune

Before the game, snacks and drinks are served and at halftime the hosts serve supper. The group also enjoys watching and judging the commercials during the game. They also play a game based on the scores after each quarter in which the winner after the first, second and third quarter wins $2 and the winner of the fourth quarter wins $5 — a traveling horseshoe is the trophy. The fourth quarter winner is also obligated to bring a bag of M&Ms to the next year’s party.

Bonnie Nelson talked about how the parties have changed since they started 41 years ago.

“We used to all hangout afterwards and play cards late into the night,” Bonnie Nelson said. “Then we all started having kids and having to pay babysitters. Now by the time the fourth quarter rolls around, we’re out getting the cars started.”

While there has been a party every year, there have been some instances when a member or two of the group has not been able to make it. Cindy Mathiason recalled a year when Russ and Bonnie Nelson were unable to attend, so the others made “Russ and Bonnie on a stick” to make sure they were there in some way.

Most of the group said they are Vikings fans and are waiting patiently for that moment they get to cheer their team on in the big game. Bob Mathiason, on the other hand, is a Cowboys fan and has gotten to watch his team win numerous Super Bowls. This year, it was a unanimous decision; the group hopes to see the Kansas City Chiefs win the big one 50 years after beating the Vikings in Super Bowl 4.

While some small things have changed throughout the years and the Vikings have yet to do them proud, the reason the group stays together remains the same.

“We’re just grateful that we can all get together,” Nancy Mattson said. “We’ve all stayed friends and we’re still all here and healthy. It’s a true blessing.”

“Through our whole lives, we’ve all stayed friends,” Russ Nelson said. “The highs and lows. The births of our kids, the deaths of our parents. Here we are, 41 years later, and we’re still together. That’s what it’s all about for me.” 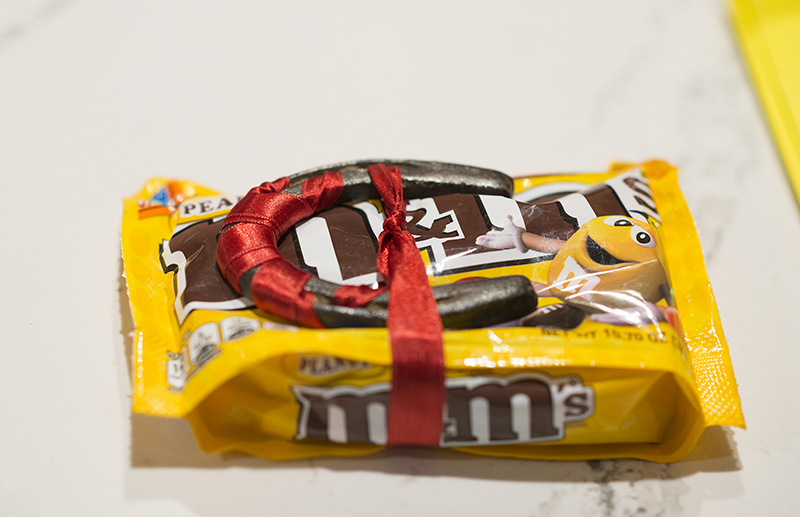 The winner of the fourth-quarter points contest takes home the traveling horseshoe and is obligated to bring a bag of M&Ms to the next year’s Super Bowl party. – Tyler Julson/Albert Lea Tribune