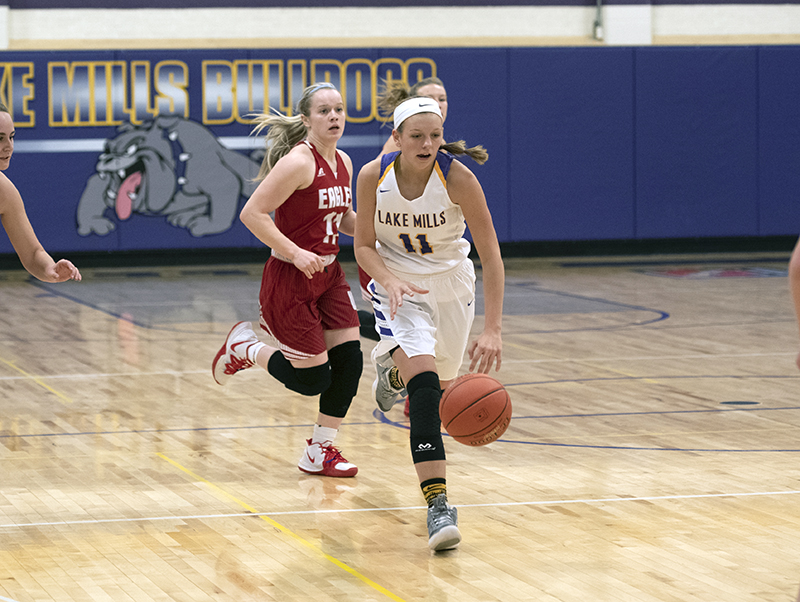 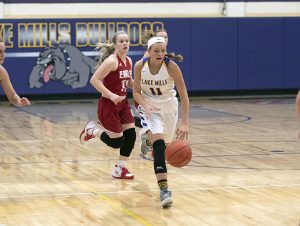 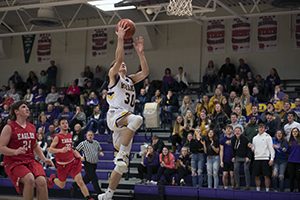 It was a tale of two games Tuesday night in Lake Mills. While the boys’ team continued its reign of dominance with a 68-28 win over West Hancock, the girls’ team faltered and lost its game 72-31.

The Class A No. 1-ranked Bulldogs, according to BCMoore rankings, came out to a massive start in the first quarter, jumping to a 27-7 lead and a 45-15 score by halftime.

It was smooth sailing from there on out, as Lake Mills cruised to an easy Top of Iowa Conference win.

Senior Chett Helming led the team in scoring with 19 points, while also adding six rebounds. Junior Dashawn Linnen was the only other scorer in double figures with 12 points. Linned also tallied six rebounds and three assists.

“We came out ready to play on both ends of the court,” said head coach Kyle Menke. “Our guys shared the ball well and very aggressive on defense.”

The Bulldogs move to 10-1 on the season and play again Thursday night when they travel to take on the Broncos of Belmond-Klemme.

The girls’ team was looking to even their record at 6-6, but ran into a buzzsaw in the Eagles, dropping them to 5-7 overall and 3-6 in the Top of Iowa Conference.

The leading scorer for Lake Mills was senior Jessa Gasteiger with 11 points, nine of which came from beyond the three-point line.

Senior Megan Groe was right behind with eight points. Junior Taylor Ingledue had five, sophomore Brooke Bergo had three, and sophomores Kenna Vanek and Leah Moen each had two.

As a team the Bulldogs were 6 for 11 from the free-throw line.

Three Eagles ended the game in double figures, one of which was a 21-point performance from  sophomore Kennedy Kelly.

The Eagles are 14-0 and are ranked No. 1 in Class 2A according to the BCMoore Iowa girls’ basketball rankings.

The Bulldogs, however, move to 5-7 this season and due to the threat of wintery weather Friday night, have moved up their game against the Broncos of Belmond-Klemme to Thursday night along with the boys’ game.