AUSTIN — An Albert Lea man was charged Friday in Mower County District Court with multiple counts after he was reportedly pulled over for driving erratically. 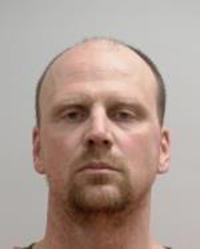 According to the court complaint, a Mower County deputy was driving through Lyle at about 12:46 a.m. Thursday when he observed a 2002 Ford F250 pickup traveling in the vicinity of Locust Street and Second Street (a school and park zone). The Ford stopped at an intersection and remained there for nearly one minute before driving again.

The Ford entered the Austin city limits and the deputy initiated a traffic stop at Seventh Avenue and 21st Street Northeast. The deputy made contact with the driver, Tope, who had shaking hands and bloodshot, watery eyes with dilated pupils that displayed little reaction to light.

Tope was made to perform four field sobriety tests, all of which he failed, and had a heart rate of 118 beats per minute. Tope said he had used drugs in the past, but had not done so recently. Tope was then arrested for DWI.

While at the Mower County Jail, Tope refused to submit to a blood or urine test, despite the deputy having obtained a warrant and being informed that refusal was a crime.

A review of Tope’s criminal record shows prior convictions for drug possession and conspiracy to manufacture methamphetamine. He is currently on intensive supervised release with the Minnesota Department of Corrections.