Mayo in Austin sees its first baby of the decade

AUSTIN — Little Nicole Anahi Estupinan took a couple days more than was expected, but when the time came she didn’t waste any time.

Nicole was the first baby born at Mayo Clinic Health System IN Austin in 2020 and she arrived at 6:10 a.m. New Year’s Day, two days after her due date. However, the birth itself came pretty fast, taking just 40 minutes.

Nicole is the daughter of Nadine and Ivan Estupinan, who only just moved to Austin in the latter part of 2019. She weighed 9 pounds, 1 ounce and measured 19.5 inches long. She joins a family with two siblings: Joselynn, 3, and Ivan, 2.

While many parents may smile at the idea of their child born on New Year’s Day, Nadine was hoping Nicole would have arrived on time instead.

“My other two were also late,” Nadine said the afternoon of New Year’s Day. “I was hoping it wouldn’t be (New Year’s Day). My sister’s first son was born two years ago today.” 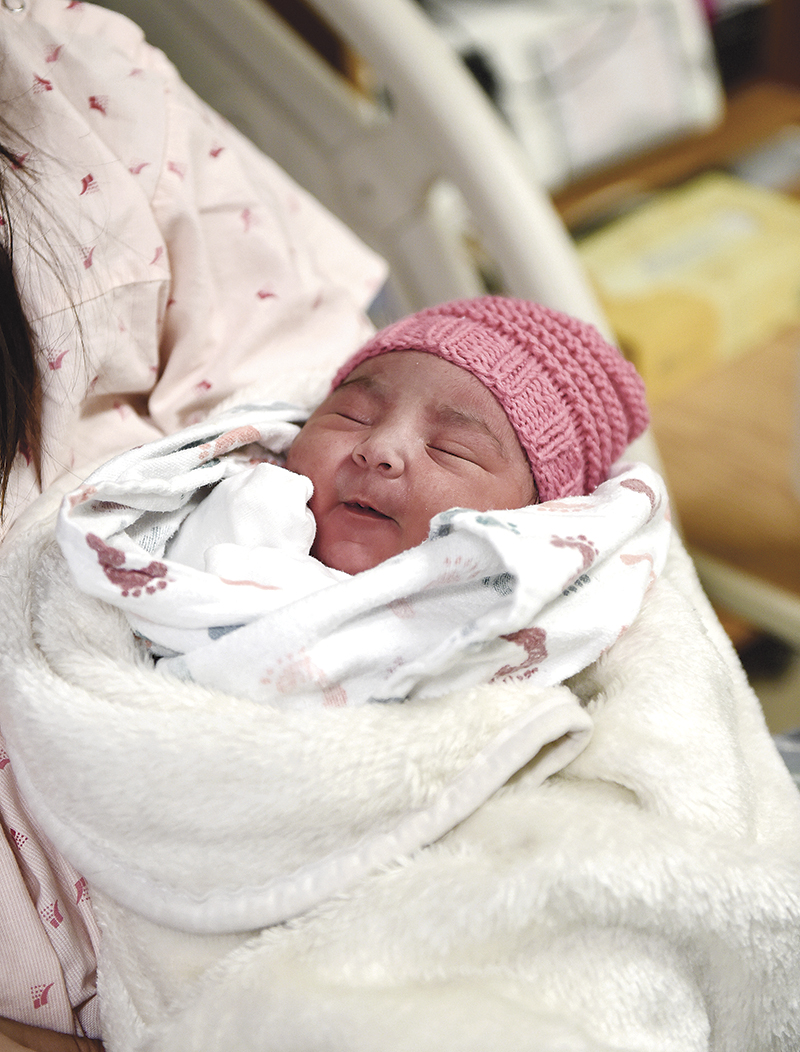 Nicole Estupinan was born in the early morning of New Year’s Day, making her the first baby born in Austin of 2020. – Eric Johnson/Albert Lea Tribune

The entire birth was natural and free of painkillers Nadine said, partly because the baby came so quickly.

“I kind of surprised myself,” Nadine said. “I was going to ask for painkillers but at the last minute I just said, ‘let’s go.’ There was just no time.”

Nicole’s gender was purposely kept a surprise, a decision by the couple to make the birth a little more special as they already had a boy and a girl.

“We knew the gender of the other two, but we wanted her to be a surprise,” Nadine said.

As for the future, Nadine said that Nicole will be the final child as she has plans to go back to school.

“I plan to go back to school to be a (registered nurse),” Nadine said. “She’s definitely the last baby, but we’re happy she’s finally here.”