The loss of a legend 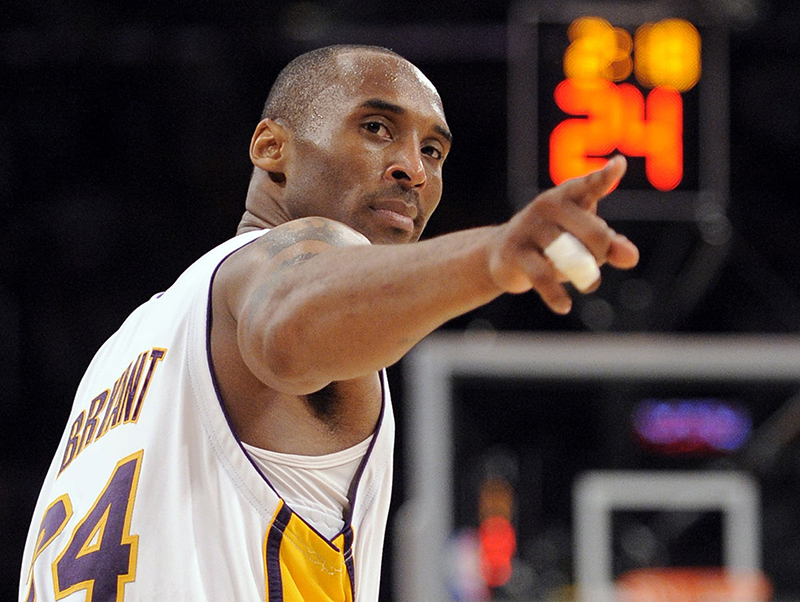 Los Angeles Lakers guard Kobe Bryant points to a player behind him after making a basket in the closing seconds against the Orlando Magic in Game 2 of the NBA basketball finals on June 7, 2009, in Los Angeles. Bryant, the 18-time NBA All-Star who won five championships and became one of the greatest basketball players of his generation during a 20-year career with the Los Angeles Lakers, died in a helicopter crash Sunday. - Mark J. Terrill/AP 2009 via MPR News

NBA legend Kobe Bryant, his 13-year-old daughter and seven others were killed in a helicopter crash on a remote, steep hillside in Southern California on Sunday, his sudden death at age 41 touching off an outpouring of grief for a star whose celebrity transcended basketball.

The chopper went down in Calabasas, about 30 miles northwest of downtown Los Angeles. Authorities said that nine people died, with no survivors, after earlier putting the death toll at five. Bryant, an all-time basketball great who spent his entire 20-year career with the Los Angeles Lakers, was among the victims, a person familiar with the situation told The Associated Press.

A different person familiar with the case confirmed that Bryant’s 13-year-old daughter Gianna also was killed.

Los Angeles County Sheriff Alex Villanueva would not confirm the identities of the victims Sunday afternoon pending official word from the coroner.

“God bless their souls,” Villanueva said at a news conference.

Word of Bryant’s sudden death rocketed around the sports and entertainment worlds, with many taking to Twitter to register their shock, disbelief and dismay.

“There’s no words to express the pain Im going through,” tweeted Lakers teammate Shaquille O’Neal, who won three NBA titles with Bryant. “@kobebryant I love u and u will be missed. … IM SICK RIGHT NOW.”

“Words can’t describe the pain I am feeling. I loved Kobe — he was like a little brother to me,” Jordan said in a statement. “We used to talk often, and I will miss those conversations very much. He was a fierce competitor, one of the greats of the game and a creative force.”

The NBA kept its games as scheduled when the news broke, but the San Antonio Spurs and Toronto Raptors both took voluntary 24-second shot clock violations at the start of their game in honor of Bryant, who wore No. 24 for the second half of his career.

The Western Conference-leading Lakers’ next game isn’t until Tuesday night against the crosstown rival Clippers, but hundreds of fans — many in Bryant jerseys and Lakers gear — spontaneously gathered at Staples Center and in the surrounding LA Live entertainment complex on Sunday, weeping openly and staring at video boards with Bryant’s image.

“Man I don’t even know where to start,” tweeted Philadelphia 76ers superstar Joel Embiid. “I started playing ball because of KOBE after watching the 2010 finals. I had never watched ball before that and that finals was the turning point of my life. I WANTED TO BE LIKE KOBE. I’m so FREAKING SAD right now!!!!”

Bryant retired in 2016 as the third-leading scorer in NBA history, finishing two decades with the Lakers as a prolific scorer with a sublime all-around game and a relentless competitive ethic. He held that spot in the league scoring ranks until Saturday night, when the Lakers’ LeBron James passed him for third place during a game in Philadelphia, Bryant’s hometown.

“Continuing to move the game forward @KingJames,” Bryant wrote in his last tweet. “Much respect my brother.”

Bryant had one of the greatest careers in recent NBA history and became one of the game’s most popular players as the face of the 16-time NBA champion Lakers franchise. He was the league MVP in 2008 and a two-time NBA scoring champion, and he earned 12 selections to the NBA’s All-Defensive teams. 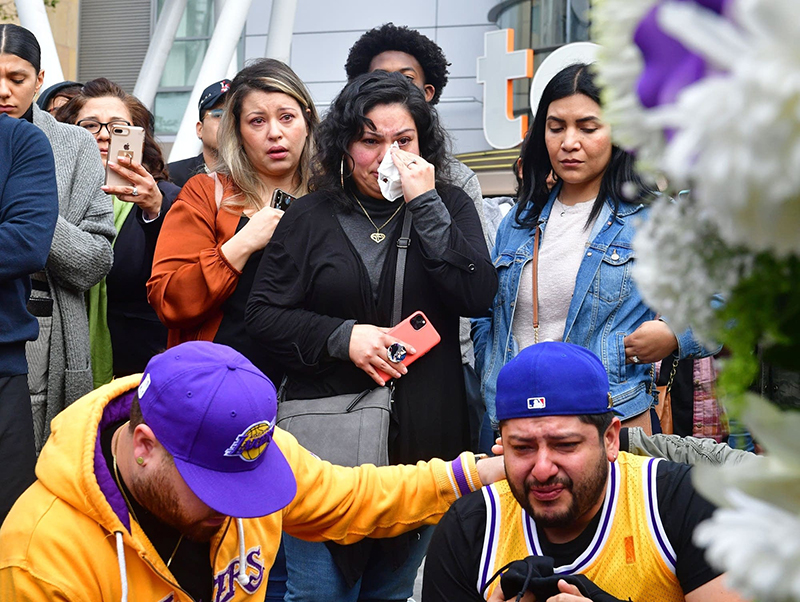 Bryant retired in 2016 after scoring 60 points in his final NBA game.

“Kobe Bryant was a giant who inspired, amazed, and thrilled people everywhere with his incomparable skill on the court — and awed us with his intellect and humility as a father, husband, creative genius, and ambassador for the game he loved. He will live forever in the heart of Los Angeles, and will be remembered through the ages as one of our greatest heroes,” said Los Angeles Mayor Eric Garcetti.

President Donald Trump reacted to the reports of Bryant’s death soon after they began to surface, tweeting: “That is terrible news!”

Colin Storm was in his living room in Calabasas when he heard “what sounded like a low-flying airplane or helicopter.”

“It was very foggy so we couldn’t see anything,” he said. “But then we heard some sputtering, and then a boom.”

The fog then cleared a bit and Storm could see smoke rising from the hillside in front of his home.

Juan Bonilla of Calabasas said he was working on his roof Sunday morning when he heard a helicopter flying low nearby. He said he thought it was a sheriff’s helicopter on a training mission. He heard nothing amiss with the engine or rotors and said he did not see any mechanical issue with the chopper. It was foggy Sunday morning, but he said visibility didn’t seem to be low at the time of the crash.

Firefighters worked to douse flames that spread through about an acre of dry brush, said Art Marrujo, a dispatch supervisor with the Los Angeles County Fire Department.

Bryant lived south of Los Angeles in coastal Orange County for much of his adult life, and he often used helicopters to save time and avoid Southern California’s notorious traffic. Even as a player, he often traveled to practices and games by helicopter, and he kept up the practice after retirement as he attended to his business ventures.

The crash occurred several miles from Mamba Sports Academy, Bryant’s basketball training complex in Thousand Oaks, Calif. Bryant, who had four daughters with his wife, Vanessa, dedicated himself to boosting women’s sports in his retirement.

The National Transportation Safety Board sent a “go team” of investigators to the site. The NTSB typically issues a preliminary report within about 10 days that will give a rough summary of what investigators have learned. A ruling on the cause can take a year or more.

“They will look at man, machine and environment,” said Gary C. Robb, an aviation attorney in Kansas City who wrote a textbook on helicopter-crash litigation.

Investigators will also consider what role might have been played by weather, terrain, radio towers or bird strikes, he said.

Robb said he has handled many cases involving Sikorsky S-76 crashes and regards the machine as having a good reputation.

“It is generally regarded as a good helicopter with a good safety record,” he said, “but parts fail, parts break. Anything can happen.”

Along with his work boosting women’s sports, Bryant opened a production company and entered the entertainment field in retirement. He won an Academy Award in 2018 for his contributions to “Dear Basketball,” an animated short about his relationship to the game. He also produced content for ESPN.

In December 2017, the Lakers hung banners retiring his No. 8 and No. 24 jerseys in the Staples Center rafters in an unprecedented double honor.

Bryant looms large over the current generation of NBA players. After James passed Bryant on Saturday, he remembered listening to Bryant when the superstar came to speak at a childhood basketball camp.

“I remember one thing he said: If you want to be great at it, or want to be one of the greats, you’ve got to put the work in,” James said after passing Bryant’s career scoring mark. “There’s no substitution for work.”

James later teamed up with Bryant on the 2008 U.S. Olympic team in Beijing.

“He had zero flaws offensively,” James said. “Zero. You backed off of him, he could shoot the 3. You body him up a little bit, he could go around you. He could shoot from midrange. He could post. He could make free throws. … He was just immortal offensively because of his skill set and his work ethic.”

Bryant was a basketball superstar for his entire adult life. He entered the NBA draft straight out of high school in 1996 after a childhood spent partly in Italy, where his father, former NBA player Joe “Jellybean” Bryant, played professionally.

The Lakers acquired the 17-year-old Bryant in a trade shortly after Charlotte drafted him, and he immediately became one of the most exciting and intriguing players in the sport alongside O’Neal, who had signed with the Lakers as a free agent. Bryant won the Slam Dunk Contest as an upstart rookie, and the Lakers gradually grew into a team that won three consecutive championships.

In 2003, Bryant was charged with attacking a 19-year-old employee at a Colorado resort. He had said the two had consensual sex. Prosecutors later dropped the felony sexual assault charge against Bryant at the request of the accuser.

Between those title runs, Bryant accomplished innumerable feats including an 81-point game against Toronto in January 2006. Bryant’s final NBA seasons were dogged by injuries, but he still went into retirement with the jaw-dropping 60-point game against Utah.

“I was in complete shock when I heard the news. At first I thought it was fake news. It’s just awful and sad for the entire worldwide basketball community. As a coach, what I admired most about Kobe was his loyalty and commitment to his team and teammates. For him to stay with the same organization for 18 years, in this day and age is unheard of. He was the ultimate competitor, both offensively and defensively. You always want your top players playing at a high level on both ends of the court. He was also giving back his knowledge and time to the game, with his Mamba Academy and coaching his daughter’s team. Again, a very sad day!” — Jason Thompson, Albert Lea varsity girls’ basketball head coach

“I was at first shocked and went to ESPN to see if it was true and not a mistake on the internet. I always loved how Kobe competed and wanted to be the guy who took the last shot with the game on the line. He loved the big moments. One thing I took away is how hard he worked in the offseason to be the best he could be and one of the best of all time; that drive he had. We all think of his offense but he was an All-NBA defender and guarded other great players. Loved that about him, too!” — Isaiah Lundberg, NRHEG varsity boys’ basketball head coach

“I wouldn’t call myself a fan of Kobe Bryant; in fact I actively cheered against him for the bulk of his career. But as I began to look at his game more and more through the eyes of a coach, I began to appreciate his creativity, shot-making, and relentless work ethic. I also found his views on youth basketball in America to be very much in line with my own. He advocated for our young players to be multiple sport athletes and more time to be spent teaching skills instead of playing in competitions. We’ve lost one of the great ambassadors of our sport.” — Jenny Hovendick, Alden-Conger/Glenville-Emmons varsity girls’ basketball head coach 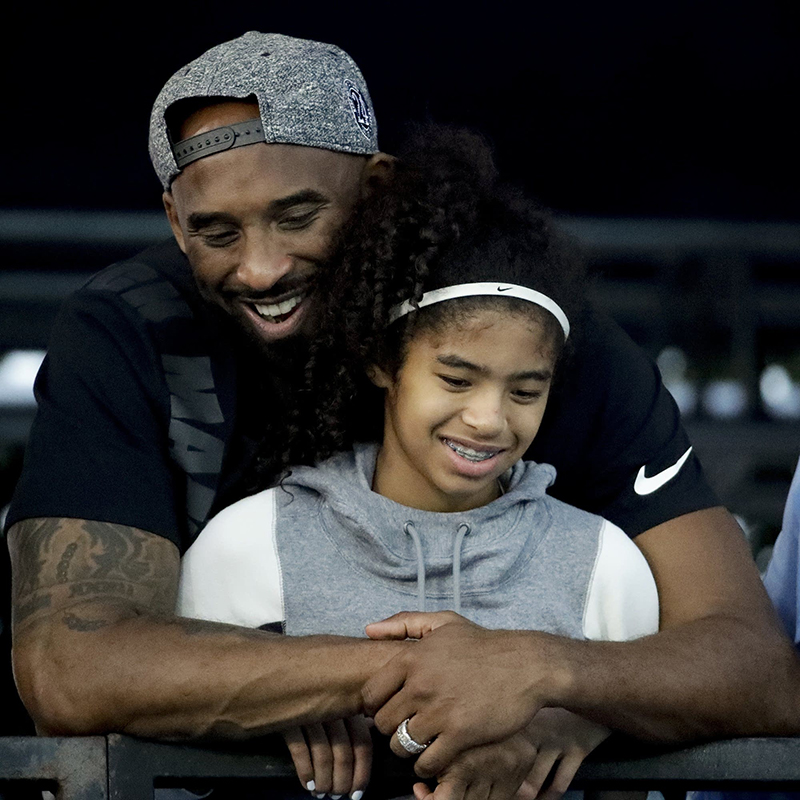