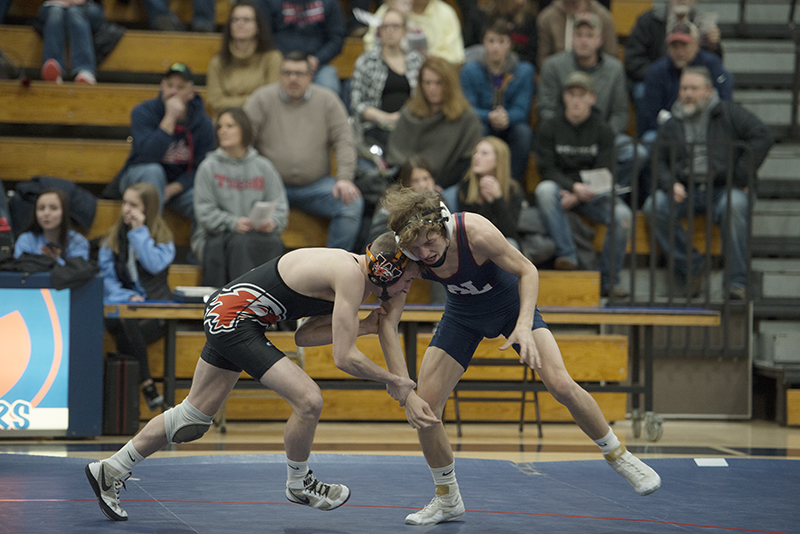 Despite a tied 12-12 score after the first four matches, the Tigers went on to easily defeat a depleted Winhawks team on senior night, 54-30.

Seventh grader Nick Korman started the dual with a forfeit victory at 106 pounds.

Freshman Aivin Wasmoen notched a win at 113 pounds in the first bout of the night. After a 7-1 lead after the first period, Wasmoen grabbed the pin 40 seconds into the second. 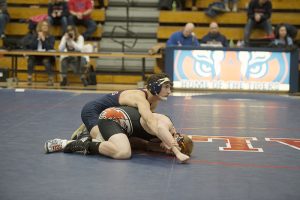 Senior Brad Prestegard dropped his match at 120  pounds, falling victim to a pinfall 44 seconds into the first period.

Junior Joey Flores was leading his 126-pound opponent 2-0 after the first period, but fell behind in the second before ultimately falling to a pin 14 seconds into the third period.

With the score tied at 12-12, Albert Lea got seven wins in a row to secure the victory.

The first win came from sophomore Carter Miller at 132 pounds. Miller earned a second-period pinfall to get the Tigers back on track.

The next three Albert Lea wins came via forfeit. Sophomore and No. 6-ranked 132-pounder Cam Davis won at 138 pounds, sophomore Mason Drescher won at 145 pounds and freshman and No. 3 -ranked 145-pounder Cole Glazier won at 152 pounds.

Junior and No. 4-ranked 152-pounder Caleb Talanmates wrestled a match at 160 pounds and came out the victor in a second-period fall.

Next up were two more forfeit wins for the Tigers. The first came from junior Tyler Barney at 170 pounds and the second came from sophomore Kadin Indrelie at 182 pounds.

The Tigers went on to drop the final three matches of the dual, but were already well ahead of the Winhawks.

Sophomore Adam Semple lost to his opponent at 195 pounds via a fall at 1:25.

All matches at the dual were decided by forfeit or fall.

The Tigers are now 6-5 in team dual action and will be back on the mat Friday when they travel to New Ulm for a quad against New Ulm, Blue Earth Area and TMB/WWG.

Albert Lea has just over two weeks before the start of the team section tournament.