Timothy Kent Johnson, 63, of Wells passed away Wednesday, Jan. 22, 2020, at his home. A visitation will be from 4 to 7 p.m.  Thursday at Bruss-Heitner Funeral Home in Wells. Burial will be at a later date. To leave online condolences, visit www.brussheitner.com. 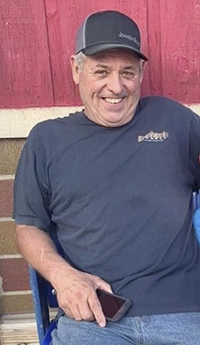 In 1990 he was united in marriage to Diane Roberts and to this union two sons, Caleb and Zachary, were born. The couple later divorced.

Tim was a truck driver for many years and had his own construction company, Johnson Siding & Windows. He was a guy who loved being social, having a cold beer with friends, playing cards, crafting, wood working, hosting football parties on his deck and letting off fireworks for every hometown score. Most of all, he loved spending Sunday mornings with his favorite grandchildren, Trevor and Kinley.

The family requests that all of his “favorite” people gather at the Veterans of Foreign Wars after visitation for socializing and storytelling.