1 airlifted after car and train collide north of Gordonsville 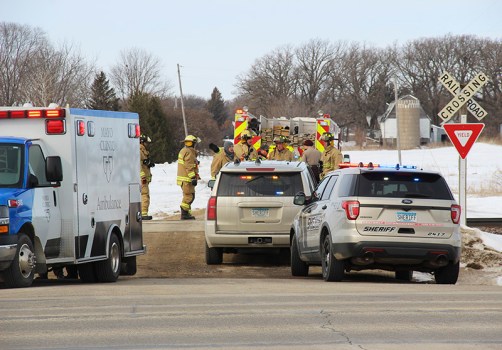 Emergency crews respond Tuesday morning after a car and train collided north of Gordonsville on 120th Street. A Mayo One helicopter landed on U.S. Highway 65 to pick up and transport one injured person to Rochester. - Sarah Stultz/Albert Lea Tribune 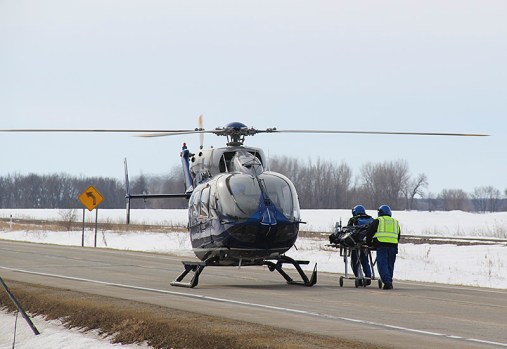 Mayo One helicopter crews bring an injured person to a helicopter Tuesday morning on U.S. Highway 65 after the person's vehicle was struck by a train north of Gordonsville. - Sarah Stultz/Albert Lea Tribune 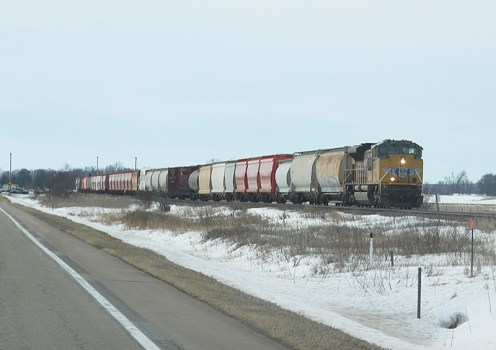 A Union Pacific train is stopped on the tracks north of the crash site Tuesday morning. - Sarah Stultz/Albert Lea Tribune 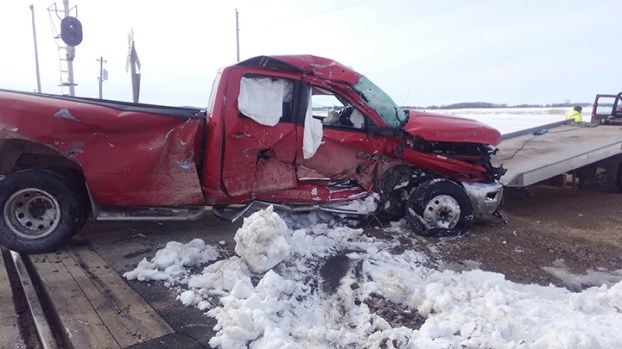 The Dodge Ram pickup that was damaged after it was struck by a train Tuesday morning is loaded onto the flatbed of a tow truck. - Photo courtesy Freeborn County Sheriff's Office

GORDONSVILLE — One person was airlifted by Mayo One helicopter to a Rochester hospital Tuesday morning after a train and pickup collided north of Gordonsville.

Gary Walstrom, who was listed as the driver of the Dodge Ram pickup, was taken to St. Marys Hospital. His was in fair condition as of Tuesday afternoon.

According to a press release, the Freeborn County Sheriff’s Office received a 911 call from a Union Pacific train engineer at 9:54 a.m., who reported that his train had collided with a pickup at the crossing.

Initial investigation determined the pickup was eastbound on 120th Street. The intersection is controlled with a yield sign for east and west vehicle traffic.

The train engineer told deputies the train was northbound at about 35 to 40 mph when approaching 120th Street. He said he sounded the whistle of the train and saw the pickup slow down to the point where he thought the pickup was going to stop; however, the pickup continued into the crossing.

Walstrom, who was the sole occupant in the pickup, was removed with extrication and airlifted by helicopter to St. Marys Hospital in Rochester.

Traffic was stopped temporarily on Highway 65 to allow the helicopter to land on the road.