A kitchen for the family 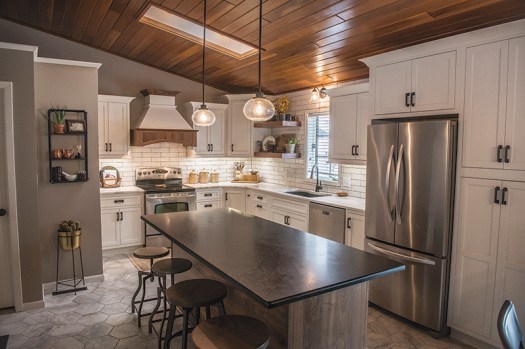 The Tubbs family said their kitchen upgrades were a team effort, between the couple, their family and Broadway Home Design. - Colleen Harrison/Albert Lea Tribune 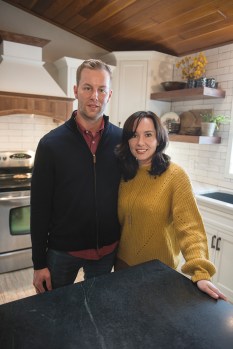 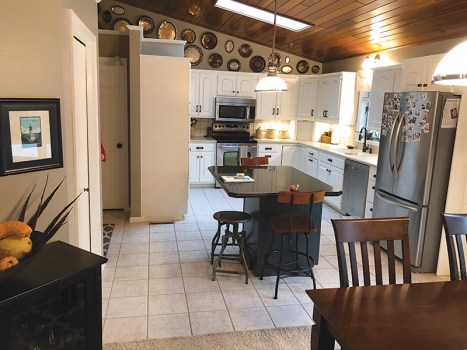 The kitchen before it was renovated featured a smaller island and out-of-date fixtures. - Provided 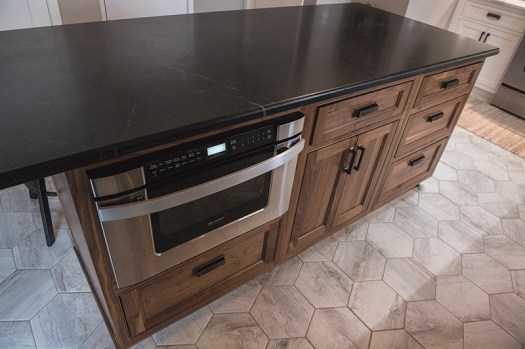 Brie Tubbs said she liked being able to hide the family's microwave within the kitchen island. - Colleen Harrison/Albert Lea Tribune 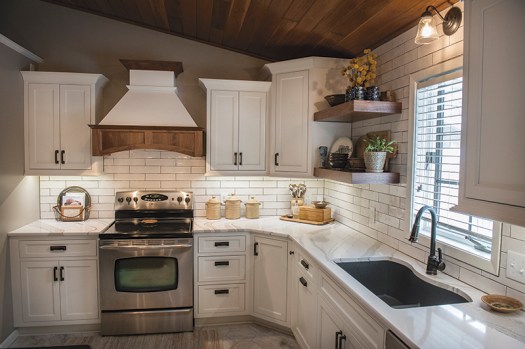 Brie Tubbs said she likes that the expanded amount of cupboard space allows her to keep a lot of her kitchen utensils and equipment, such as her Instapot, hidden from view to avoid cluttered countertops. - Colleen Harrison/Albert Lea Tribune 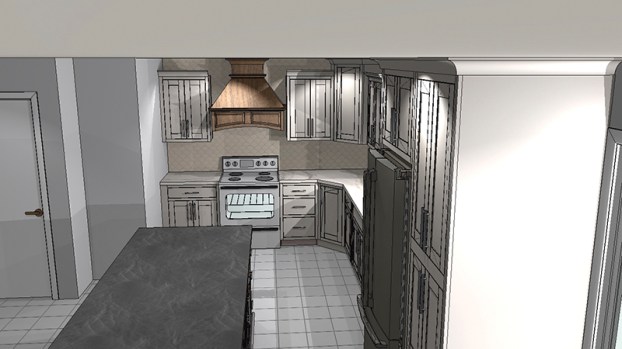 A rendering from Broadway Home Design shows plans for the space. - Provided 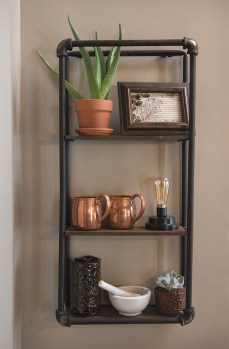 Matt and Brie Tubbs found this shelving unit at Hobby Lobby, and the pottery on the bottom shelf was made by their daughters with help from Matt Tubbs' father, Steve Tubbs. - Colleen Harrison/Albert Lea Tribune 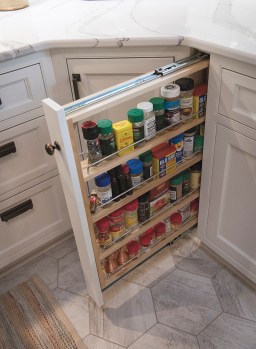 When there ended up being a few extra inches to work with in the cupboard layout, Brie Tubbs said they were able to put in a pullout spice rack. - Colleen Harrison/Albert Lea Tribune 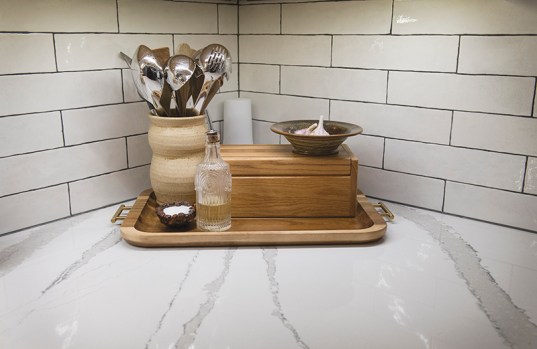 Brie and Matt Tubbs have family members who are skilled with pottery and woodworking, and have pieces throughout their kitchen that prove it. - Colleen Harrison/Albert Lea Tribune

Before Matt and Brie Tubbs started renovating the kitchen in their house on Glenn Road, all they wanted was an updated kitchen with an island their whole family could sit around.

The couple has two daughters, Wynn, 6, and London, 4, and the island in their old kitchen was smaller than they would have liked.

The cabinets were original to the house from the 1980s — though they had been painted white when they moved in — and the flooring and backsplash were dated from that same time period as well.

In spring of 2019, they started meeting with Kristen Rasmussen of Broadway Home Design to figure out plans for the renovations.

Matt Tubbs, a chiropractor, said they came into the discussion with some ideas of what they wanted, and Rasmussen came over, took measurements of the space and then made a rendering of what the kitchen could look like with some of the changes they discussed.

“Broadway has great design ideas,” said Brie Tubbs, a physician assistant in the orthopedics department at Mayo Clinic Health System in Albert Lea. “Even if you can’t put a name to what you’re wanting, they’re good about that.”

They went back to the company’s location on South Broadway to pick out finishes and other fine touches, and then in June, work began.

About 95% of the work, completed by Bob Peterson of Goose Creek Construction, who the company contracts with, took about five weeks, and the kitchen was functional by the Fourth of July. The only delay was with the backsplash, which the couple said they ended up changing from their original idea.

The kitchen features new white cabinets with a section of open walnut shelving to showcase some of the pottery from Steve Tubbs, Matt Tubbs’s father.

The microwave, which had been over the stove, was moved to the island, which Brie Tubbs said she really likes because it is more hidden from view.

Now, over the stove there is a walnut range hood, which matches the open shelving and complements the sloped ceiling over the kitchen.

There are white Cambria quartz countertops on the perimeter of the kitchen, with a natural stone countertop on the island in the center, which is nonporous and is not easily damaged.

Brie Tubbs said Rasmussen gave them good ideas for storage to accommodate things like her Instant Pot, so it didn’t have to be sitting out on a counter.

Cabinets are inset and include features for better organization than in their old kitchen.

They decided on white elongated subway tile with a crackle finish, and the couple themselves installed hexagonal ceramic tiles for the flooring.

The couple said they enjoyed the flexibility of working with Broadway Home Design on the project, and they enjoy many of the simpler features in their finished kitchen, such as a cabinet with a spice rack that pulls out for easy access and charging stations in the drawers at the island to avoid a cluttered countertop.

“I love our kitchen,” Brie Tubbs said. “It was worth the time and the effort.”

The couple has updated their house little by little since they bought it, and the kitchen is a room that is often the center of the home.

“We spend a lot of time in here,” Matt Tubbs said.