Al Batt: The different owls that can be found at Sax-Zim Bog in Minnesota 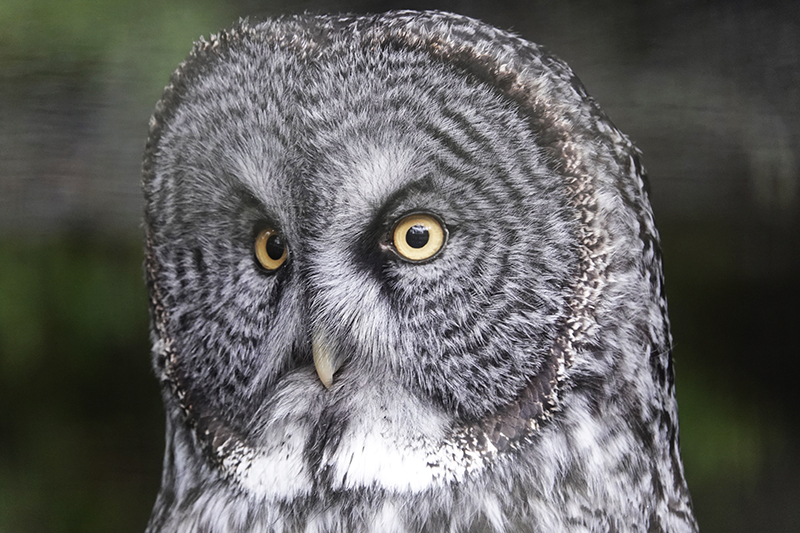 The great gray owl is a bird many people go to the Sax-Zim Bog hoping to see. It has yellow eyes and the smaller barred owl has dark eyes. - Al Batt/Albert Lea Tribune

“Everything is nearly copacetic. All my life I wanted fame and fortune. I’ve given up on the fortune, but I finally have fame.”

“Google Earth has put me on the map.”

Inspired by the “Old Farmer’s Almanac” saying winter’s back breaks around the middle of February, I trudged outside into the land of “Mark Trail.”

“Mark Trail” is a newspaper comic strip created by Ed Dodd in 1946, which centers on environmental and ecological themes. The snow was deep as February had decided it’d be no more mist and ice guy. The trees appeared solemn in the storm. When the sun arrived the next day, each tree had a single follower, its shadow.

I love what is near. I treasure the familiar. I don’t wonder where my sense of wonder went. I carry it with me. The jays cried “Here, here, here” and nuthatches traveled briskly up and down the trunk of a tree. I found enchantment in a pair of cardinals. Their name comes from the red plumage resembling the robes of the cardinals of the Roman Catholic Church. The word comes from the Latin cardo, meaning pertaining to a hinge. Things with cardinal qualities are principal, chief or essential.

A reader reported a barred owl perched on a shepherd’s hook in the yard and wondered why it was there. Barred owls eat many kinds of small animals, including a winter menu of squirrels, mice, voles, rabbits and birds. They hunt by perching on an elevated perch and using their sharp senses to scan for prey. They’ll also perch near water and drop down to catch fish. Barred owls swallow small prey whole and large prey in pieces, typically eating the head first and then the body. They occasionally store prey temporarily in a nest, on a branch, or on a snag to eat later.

I walked past an old Toyota Tercel in town. A tiercel or tercel is the male of any of the raptors used in falconry. It caused me to think of other old cars carrying bird names. Ford Thunderbird, Ford Falcon, AMC Eagle, Buick Skylark, Pontiac Firebird, and Plymouth Roadrunner.

Dorothy Nielsen of Albert Lea spotted seven trumpeter swans in February. Swans nested not far from Dorothy’s home. Swans were once hunted for their meat, skins and feathers. By the 1880s, trumpeter swans disappeared from Minnesota and by the 1930s, only 69 trumpeter swans remained in the lower 48 states — in Montana. The DNR Nongame Wildlife Program released 21 swans in 1987 near the Tamarac National Wildlife Refuge in Becker County. One of the most beautiful sights I’ve seen in Alaska, a place filled with beautiful sights, was a pair of swans flying soundlessly through a mist over the Chilkat River. The white plumage in the haze and against the blurred mountains was breathtaking. 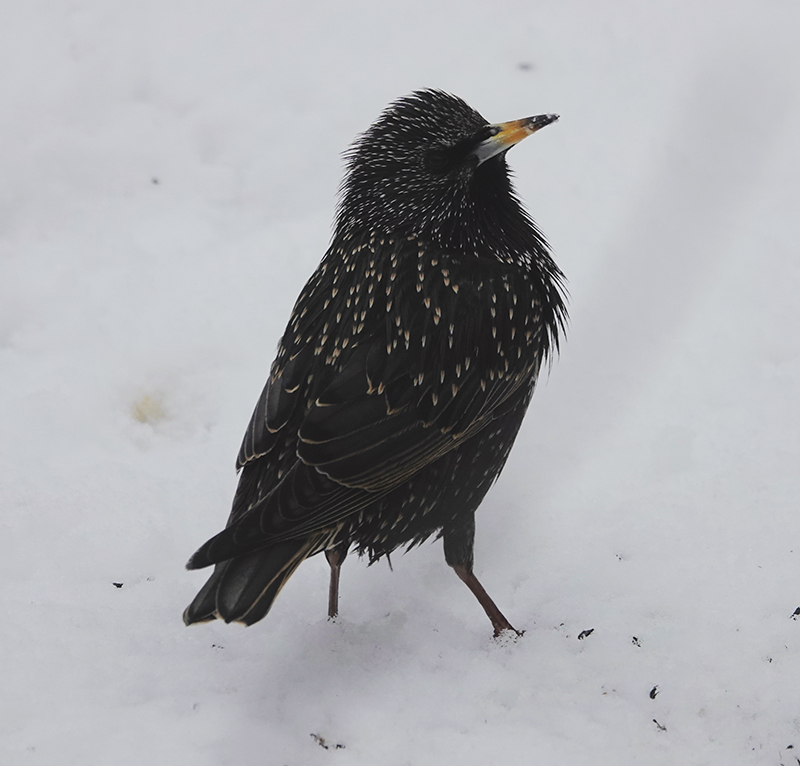 The bill of the starling is turning yellow — a sign of lengthening days. – Al Batt/Albert Lea Tribune

Vern and Kay Rasmussen of Albert Lea asked where cardinals roost. They prefer thickets and evergreens for roosting. Dense shrubbery and brush, and tangles of grapevines, honeysuckle and cedar are ideal.

“Is rhubarb native to Minnesota?” Rhubarb is from Central Asia. Records date back to 2700 BC in China where rhubarb was cultivated for medicinal purposes. Marco Polo found rhubarb on his travels to China in 1271. Pie plant came to America when a Maine gardener obtained seed or rootstock from Europe in 1790-1800. He introduced it to growers. It became popular and by 1822 it was sold in markets.

“What bird migrates the farthest?” The Arctic tern, a 4-ounce bird, follows meandering, round-trip routes between Greenland and Antarctica each year, racking up 44,000 to 59,650 frequent flier miles. This tern lives up to 30 years.

“What owls are seen at the Sax-Zim Bog?” The Bog, three hours north of Minneapolis, 50 minutes from Duluth, and 40 minutes from Hibbing, has a bird list of 240 species. Possibilities are great gray, northern hawk, great horned, snowy, barred, long-eared, short-eared, boreal, and northern saw-whet owl. The species vary from common to uncommon to rare. A barn owl was seen at the Bog this year, where there are 30 to 40 days a year of below zero temperatures.

1. Goldfinches have been shopping for yellow feathers.

2. Shrews make small tunnels into the snow beneath bird feeders.

3. Weeping willows are a golden-yellow.

5. In German: “Der Spatz in der Hand ist besser als die Taube auf dem Dach.” That means, “The sparrow in the hand is better than the dove on the roof.”

“All my life through, the new sights of Nature made me rejoice like a child.” — Marie Curie

“Hate is a dead thing. Who of you would be a tomb?” — Kahlil Gibran