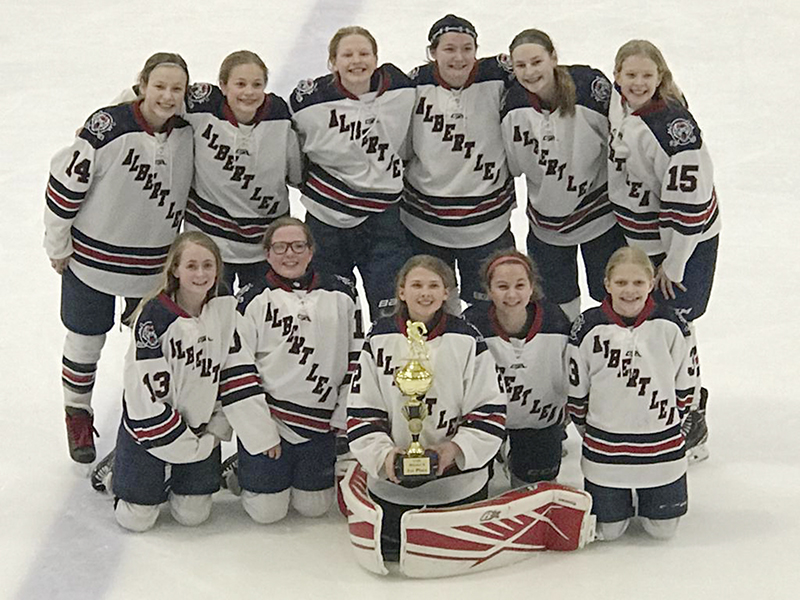 The Albert Lea U12A girls’ hockey team finished first in District 9 league play and won the district tournament Feb. 14 and Feb. 15 in Northfield, according to a press release. After winning the tournament the team will go to the regional tournament Feb. 28 to March 1 in Faribault as the No. 1 seed from District 9.

Albert Lea competed in the District 9 league, which included Owatonna, Mankato and Northfield, and also competed in a modified league against teams from the southwest Twin Cities metro area. Albert Lea finished regular season play with a 17-17-1 record, and also participated in four invitational tournaments.