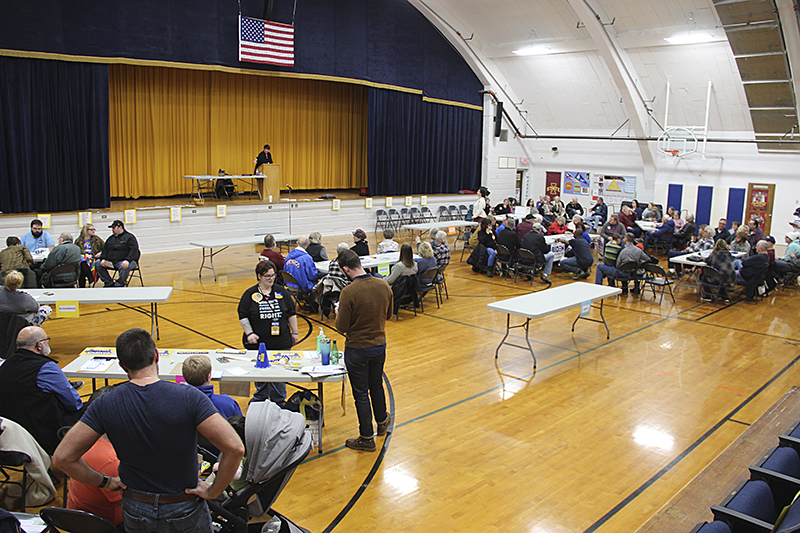 NORTHWOOD — Minnesota U.S. Sen. Amy Klobuchar received the most support Monday out of all Democratic presidential candidates during the caucus at Northwood-Kensett Elementary School.

Moving into the Worth County convention in March, Klobuchar will have the highest number of delegates from the Northwood area.

After two rounds, 22 people had indicated their support for her, which equated to six delegates moving forward.

“She’s by far and away the best senator in the United States,” said Northwood resident Tom Vorland, who said it was his second time attending a caucus.

Andrew Yang received the next highest total with 17, followed by U.S. Sens. Elizabeth Warren and Bernie Sanders, with 16 each. Each of these three candidates will have five delegates moving forward. 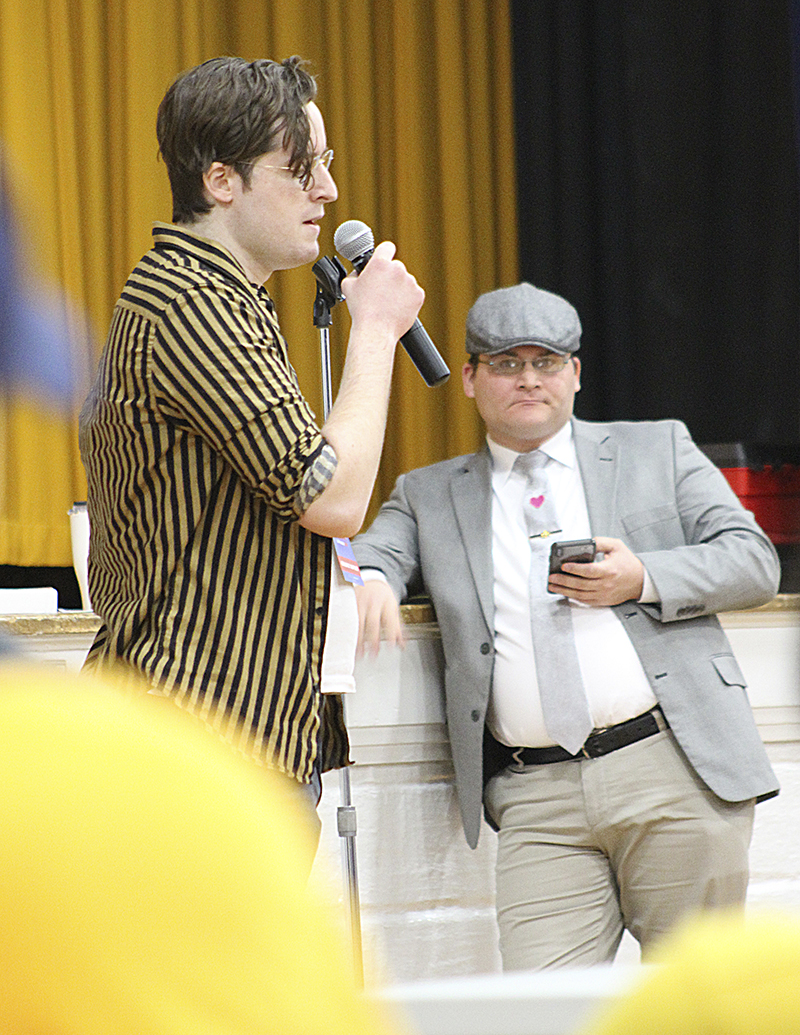 A supporter of Sen. Bernie Sanders speaks Monday in support of Sanders at the Northwood caucus. – Sarah Stultz/Albert Lea Tribune

Of the 85 caucus-goers in attendance, each candidate needed 15% — or in this case, 13 people — to support them to be considered viable.

Caucus-goers first sat at tables for their top candidates, and then representatives from each candidate spoke to the audience, trying to sway undecided voters. Eventually, all participants had to select one of the candidates or be considered undecided.

After the first round, Buttigieg, Steyer and Biden were not considered viable, and the people who had selected those candidates had to either join a candidate already considered viable or try to recruit enough other people to reach the viability threshold.

After the second round, Biden found three more supporters to end up with 14 people, while Buttigieg ended the night with 11 people, two shy of the threshold.

Rose LaPoint, who was a first-time caucus-goer, said she supported Biden because of his experience.

“He was the vice president, and I like the way he thinks,” LaPoint said. “He knows what’s going on, and I think he could beat Trump. We need someone in there who could do that.”

“He’s for the younger generation,” Talamantes said. “We have to count on the younger ones to move forward. The way we’re going now, it’s not going to happen.”

She said she liked how education means a lot to Sanders, and noted she is still paying off students loans that she accrued, and she has been out of school since 1999.

Ann Wilson said she had been following Sanders since the 1960s.

“I know him to be a man of integrity, honesty and good, solid work ethic,” Wilson said.

Voting at the Northwood elementary school were Democrats from the townships of Deer Creek, Grove, Hartland and Northwood.

Look to the Tribune’s Wednesday edition for more overall Worth County results, as well as results from Winnebago County. 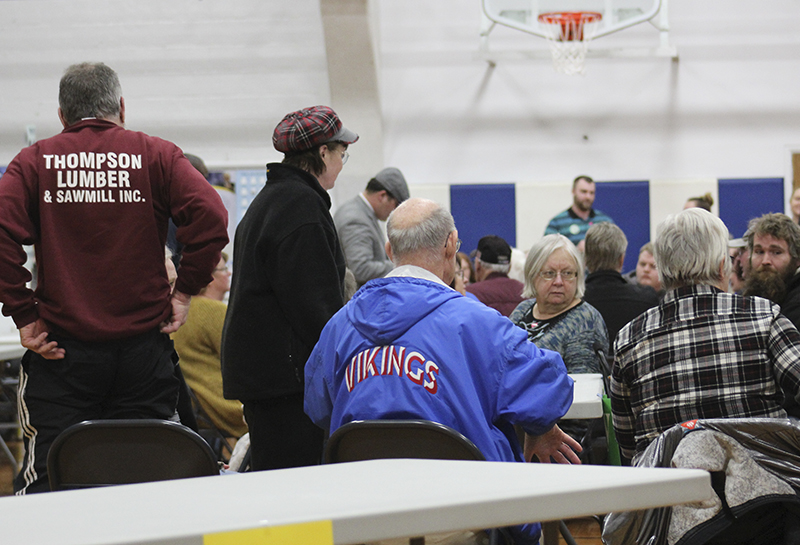