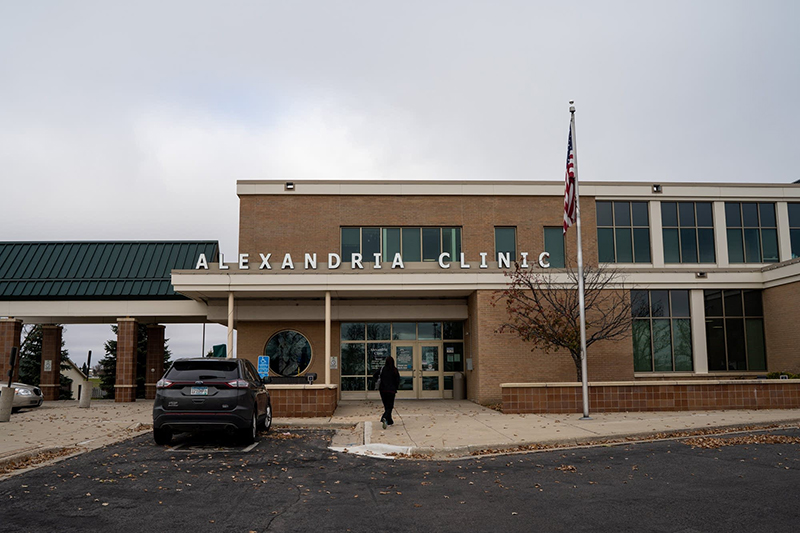 A person enters the Alexandria Clinic in Alexandria in October 2019. After revolutionizing its approach to treating pain and addiction, Alexandria Clinic has reduced the amount of opioids it prescribes by nearly two-thirds in two years. - Evan Frost/MPR News

A physician-mentoring program is showing some success in providing opioid addiction treatment for people in rural areas of the state, where there are no doctors specializing in addiction and few treatment options.

About two years into the program, about 50 rural Minnesota doctors have been certified to prescribe the medication buprenorphine, which is used to treat opioid addiction. For more than 500 rural patients, this now means they can get opioid treatment at their home clinic rather than driving hours into the Twin Cities for help.

“It’s being able to offer those services where there’s no stigma, there’s no bias — because they’re just at the doctor’s office, no one knows why they’re there,” said Dr. Heather Bell, a Little Falls, Minn., physician who’s helped spearhead the mentoring project.

The program now includes providers from at least 20 clinics around the state, including Minnesota cities like Baxter, Warroad, Mankato and Mora. It matches doctors like Bell, who have expertise in treating opioid addiction, with health care providers who are interested in learning. The mentors share their approaches and help advise doctors on treatment options.

In the past, Bell said, some patients would even forego addiction treatment because it was so difficult to access in rural areas.

“It’s so much easier to get pain meds and heroin than it is to get treatment,” Bell said. “That’s what we’ve really been working on changing.”

Many doctors have traditionally seen addiction as something they couldn’t or shouldn’t treat in clinic, said Dr. Kurt Devine, who also helped start the program. But the rising availability of medications like buprenorphine have made it easier for doctors to offer support for patients struggling with opioid addiction, although doctors involved with the project acknowledge that many physicians around the state still don’t know or understand the medication.

The mentoring program grew out of an effort to better treat opioid addiction at CHI St. Gabriel’s Health in Little Falls that launched in 2015. The goal was to reduce opioid painkiller prescriptions and to offer people already dependent on opioids medical treatment. It wasn’t long before prescribers there started to get calls from colleagues across the state asking for more information about their approach.

Around the end of 2017, the Little Falls physicians started to travel around Minnesota to offer assistance, then merged with an international program called Project Echo, which helps medical professionals share their expertise.

Project Echo helps medical professionals mentor colleagues in 28 countries through video teleconferences on a number of conditions, including chronic pain and addiction, said founder Sanjeev Arora. The goal is for experienced physicians to help guide their colleagues in providing better treatment, especially for people who have difficulty accessing health care.

“A mission of echo is to democratize knowledge and implement best practices at scale to help underserved patients worldwide,” Arora said. “There’s a great shortage of experts in the world. Because of that, our primary purpose for existence is to reduce disparities and increase health equity.”

At a Project Echo video conference Wednesday, providers from across the state testified about the change they’ve seen in the patients they’ve been treating. They included the story a 57-year-old man near Alexandria who has been able to kick a pills habit and finally hold down a job, and a woman who used to shoot heroin who is now working as a nurse.

Even the doctors involved from the very beginning were surprised about the impact the program has had on patients’ lives.