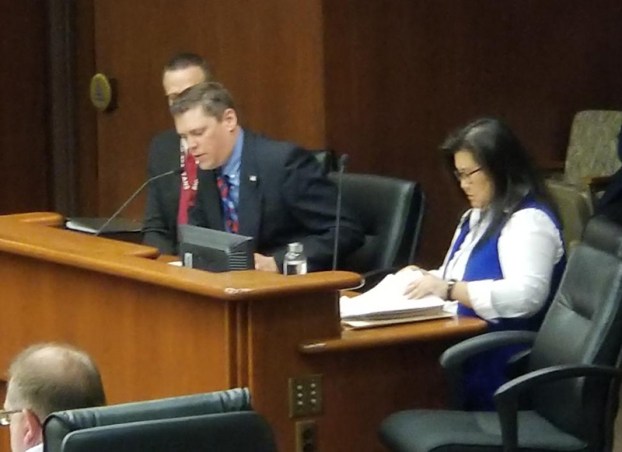 Paw Paw is a 12-year-old Karen refugee who arrived in Albert Lea less than one month ago, where she was promptly enrolled at Southwest Middle School.

Until that point she had spent her entire life at the Mae La Refugee Camp in Thailand. Her previous school experience included brick walls with dirt, or damaged, floors and no textbooks.

Despite this rapid transition and having no proficiency in English, Chris Dibble, the principal at Southwest Middle School, told the House Education Finance Division she’s settling in well. This is due, in large part, to the school district’s English language learner program.

Paw is one of 76,000 students statewide who are identified as an English language learner, and one of 63,000 eligible for state funding, according to information from nonpartisan House research and fiscal staff.

Schools are required to provide these students with a variety of programs geared toward helping them learn to read, write, listen to and speak English. These services are essential in helping newcomers meet academic standards, graduate, join the workforce and contribute to society, but they also come at a cost, said Rep. Kaohly Her (DFL-St. Paul).

The bill, as amended, was held over Thursday for possible omnibus bill inclusion. The companion, SF26, awaits action by the Senate E-12 Finance and Policy Committee. Sen. Chuck Wiger (DFL-Maplewood) is the sponsor.

Many districts are grappling with an ELL cross-subsidy. Education Department data from 2018 indicates 40 percent of school districts across the state had a shortfall in their funding, which amounted to a $107 million deficit in Fiscal Year 2019. Districts use General Fund dollars to cover these costs, which can result in larger class sizes and fewer course offerings.

The bill would seek to help districts by increasing the aid they receive for providing services from $704 to $1,400 per English language learner. Schools that have a high concentration of ELL students — 11.5% or more of its student population — currently receive an additional $250 per learner. The bill would increase that amount to $1,000.

In total, the statewide allocation for ELL funding would increase from about $59 million to $142 million per year. This would be the first per pupil funding increase for English learners since 2003.

This change would go a long way in helping districts meet the needs of a growing ELL population, Dibble said, and specifically would reduce Albert Lea Area Schools’ cross-subsidy from $414,638 to approximately $105,000.

“It would open up funds for more EL options,” he said. “Or open up more options in the General Fund to support EL students in the general education setting.”

CHICAGO — A judge on Friday acquitted an Amtrak police officer of first-degree murder in the fatal shooting of an... read more