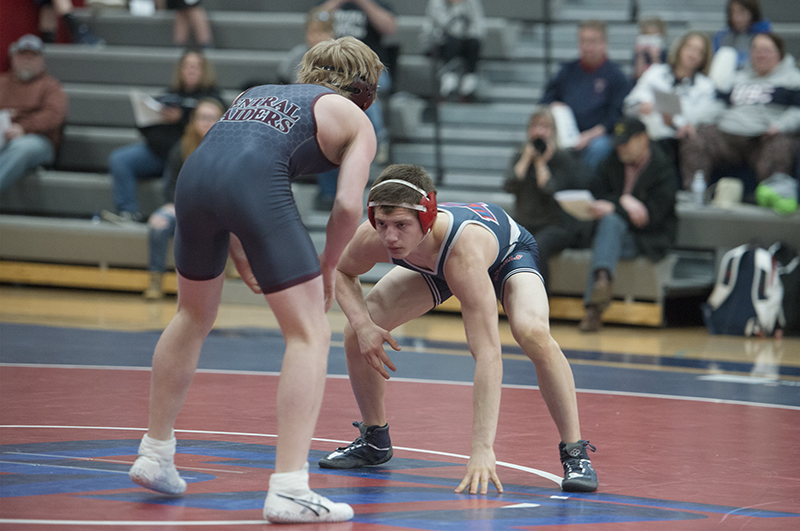 Panthers sweep duals; Rebels win 2 out of the 3

The Panthers came out on top of all the teams, going 3-0 on the day, while the Rebels went 2-1, losing just once to the Panthers.

The head-to-head dual between NRHEG and United South Central was decided by just three points and was still undecided with two matches remaining. However, a technical fall at 220 pounds shored up the win, putting NRHEG on top 33-30.

After a double forfeit at 106 pounds, the Rebels took the lead when Byron Getchell beat Annabelle Petsinger at 113 pounds via a first-period fall. However, the Panthers came back with a pinfall from Nikolas Petsinger over Janis Baumgartner at 120 pounds. 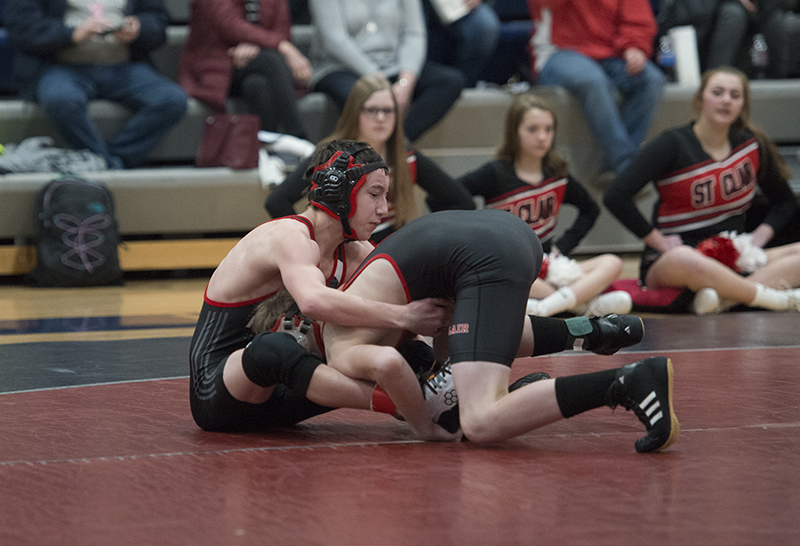 United South Central took a nine-point lead over the next two matches as Bryce Sonnek beat Ethan Thompson in a fall at 126 pounds and Ethan Evelbak beat Clay Stenzel in a 10-8 decision at 132 pounds.

NRHEG got three points back when Andrew Reich beat Konner Harpestad at 138 pounds in a narrow 10-8 decision.

Down 19-9, the Panthers then went on a four-match win streak to secure the win. Thor Routh and George Roesler each won by forfeit at 152 and 160 pounds, respectively. Ralph Roesler beat Matt Beyer in a pinfall at 170 pounds and Conner Okland beat Collin Vancleave via pinfall at 182 pounds.

After another double forfeit at 195 pounds, the Rebels won the final two matches of the dual. Jacob Billings beat Max Seltun in an 18-3 technical fall and Masyn Elvebak beat Makota Misgen in a first-period fall at 285 pounds.

Both teams are now finished with the regular season and will wait to learn who their opponents will be when the Section 2A team tournament starts Thursday. 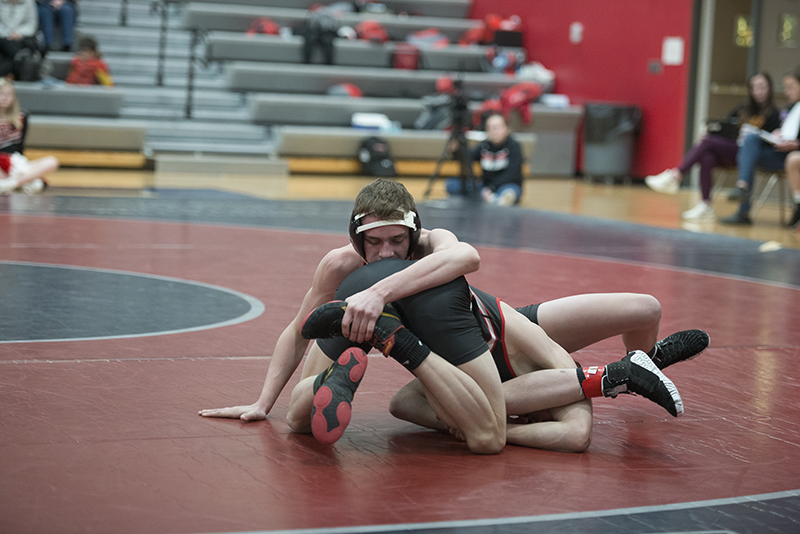 NRHEG’s Andrwew Reich attempts to keep hold of his opponent’s ankle Thursday night at a quadrangular in Wells. Reich won the matchup via a 5-2 decision. – Tyler Julson/Albert Lea Tribune