Al Batt: Is there a most recognizable bird in the world? If so, what is it? 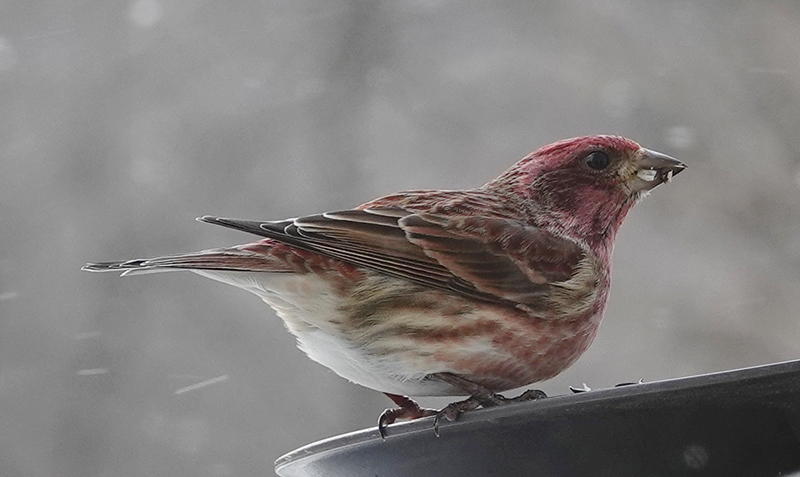 “I didn’t update it to the newest operating system.”

The sun’s strength was impressive. It enticed chipmunks from their burrows. The trees were encompassed by dark circles at the base of their trunks. When the sun shines, a tree absorbs more heat than the surrounding snow does because of the tree’s dark-colored bark. The trunk warms and radiates heat, which melts the snow around the foot of the tree. The same thing happens to telephone poles and fence posts. A red-winged blackbird sang “Look at me!” House finches tried to sing in the spring. These lovely singers, called Hollywood finches when they were sold as caged birds, are year-long residents here and provide needed flashes of color. Some of them undergo short-distance migrations south. Purple finches look similar, but are winter guests in southern Minnesota. The red on a male house finch is concentrated on head and breast. The redness of a purple finch male spreads to most of his body.

I strolled about the yard, adding mud to my boots. Long walks and birdwatching are prescribed by doctors to patients in Scotland’s Shetland Islands as part of treatments for chronic illnesses. The National Health Service Shetland rolled out what has been called nature prescriptions to help treat a range of afflictions, including high blood pressure, anxiety and depression. I wonder if I could send a bill to my insurance company for my walking shoes? Probably not.

I hope there will be enough good weather. 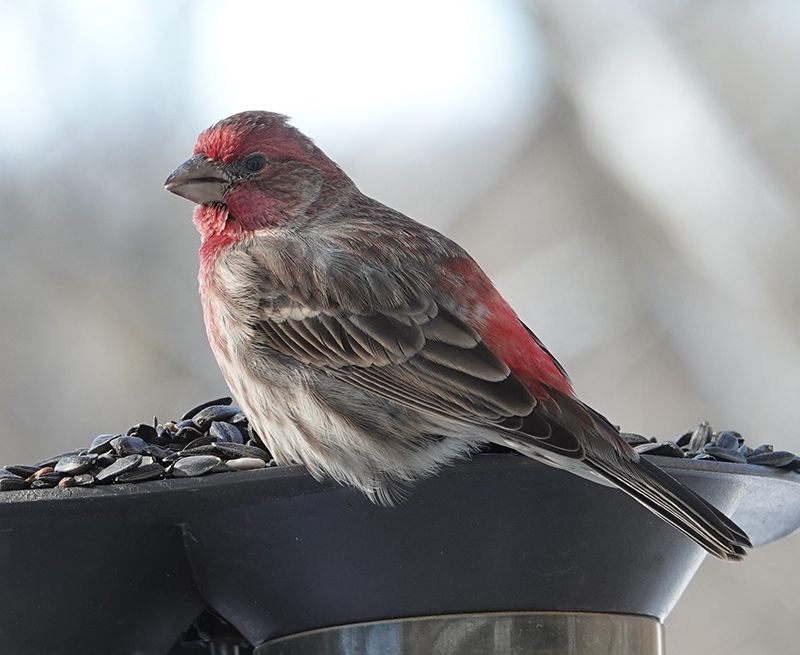 “How big a territory does a pair of hawks have?” The red-tailed hawk is the hawk we commonly see. They usually hold a nesting territory of 1.5-2.0 square miles, but could be larger if food was scarce.

“What is the most recognizable bird in the world?” I’m speculating wildly, but I’d guess it would be the peacock, the male peafowl.

“What good are prairie dogs?” In addition to providing food and shelter for associated species, prairie dog burrows enrich the soil and improve vegetative quality by aerating the soil and allowing water to flow underground. Prairie dog activities increase and diversify the composition of grasses and forbs within their colonies, creating habitat favored by other wildlife. Their long-term use of a grassland appears to promote short, perennial grasses.

“Do robins mate for life?” I read that Aristotle considered earthworms to be the intestines of the earth. Robins consider them lunch. Robins don’t mate for life. Pairs generally stay together during a breeding season, which can involve two or three nestings. Sometimes the two return to the same territory and end up together for another year. A robin has about a 50% chance of living through a year.

“Are horned larks a sign of spring?” Maybe, sort of. Somewhat. Horned larks commonly winter in southern Minnesota, with lower populations found shivering farther north. The horned larks that migrated south begin returning north in early February through late March. They can be seen feeding along the graveled edges of rural roads. They fly at a vehicle’s approach before landing in a field and disappearing by blending into the ground. Horned larks have a horizontal posture and their song is a high-pitched tinkling. High breeding densities of horned larks are found throughout the heavily cultivated regions of the western and southern parts of the state.