Anne Marie Leland, daughter of Kenneth and Della Leland of Albert Lea, successfully defended her doctoral dissertation in educational leadership from Minnesota State University Moorhead-MSUM, according to a press release. Leland is the community education director for Faribault Public Schools. 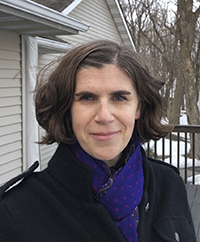 “I wanted to do research in an important area of my job in order to help our Somali parents with parent engagement skills and at the same time help our district become better partners with parents in the educational process,” Leland said.

As the Community education director, Leland oversees a number of district programs, including early childhood education, adult education, Faribault Community School, summer STEAM and others that regularly include Faribault’s diverse parents and students. Back in 2017, when Leland enrolled in the MSUM first-ever doctoral educational leadership program, she sought permission from the superintendent to embark on research that focused on parent engagement of the Faribault Somali parent population, according to the release.

“The superintendent, Todd Sesker, and the Community Education team were overwhelmingly positive about the potential benefits of my research and they have supported my efforts throughout the process,” Leland said.

A quasi-experimental case study research model was created by Leland that involved several processes over a three-month period, the release stated.

First, with the assistance of Mariam Mohamed and Abdullah Sharif Hared, she organized a study sample group of 12 Somali parents who had 59 children and interviewed them to learn about their existing parenting skills and challenges as well as their level and type of involvement with their children’s schools and school staff. Leland found issues of language, culture and lack of formal education were significant barriers to parent engagement for the Somali parents in the study group.

The concluding activity involved interviewing the parents to determine if they had learned about and demonstrated improved parent engagement practices, such as conversing regularly with their children’s teachers and school, volunteering, helping their children at home, setting educational goals for their children, using the public library and others that mainstream parents take for granted as their role, according to the release.

As Leland theorized in her dissertation, the Somali parents all exhibited greatly improved parent engagement skills due to the training interventions and several additional positive outcomes were also evident. For example, parents reported they were now able to monitor their children’s grades, attendance and behavior and they became more involved in supporting their children’s educational process at home and in school. Parents reported a sense of newfound empowerment and were more likely to talk regularly with teachers and advocate for their children with school faculty and administrators, the release stated.

“I am thrilled that our Somali parents discovered this sense of empowerment and self-advocacy, as all parents need to be champions for their children and ensure that their children are having a very positive school experience that leads to a rewarding future,” Leland said. “This is a social justice issue in a broader sense and I have a personal and professional interest in facilitating equity for under-resourced and disadvantaged populations.”

A 1989 graduate of Albert Lea High School, Leland’s diverse professional career underscored the social justice philosophy as she has worked as a teacher in Pakistan, a U.S. House intern in Washington, D.C., as a coordinator for Literacy Minnesota and as a specialist with both the Minnesota Department of Education and the Department of Employment and Economic Development. As Leland’s research goes online following the publication of her dissertation, it will become a model for other educators and school districts to use as they seek to improve parent engagement of populations of parents who do not have a strong voice in their children’s future, according to the press release.