Carrying on a longtime Ellendale mainstay 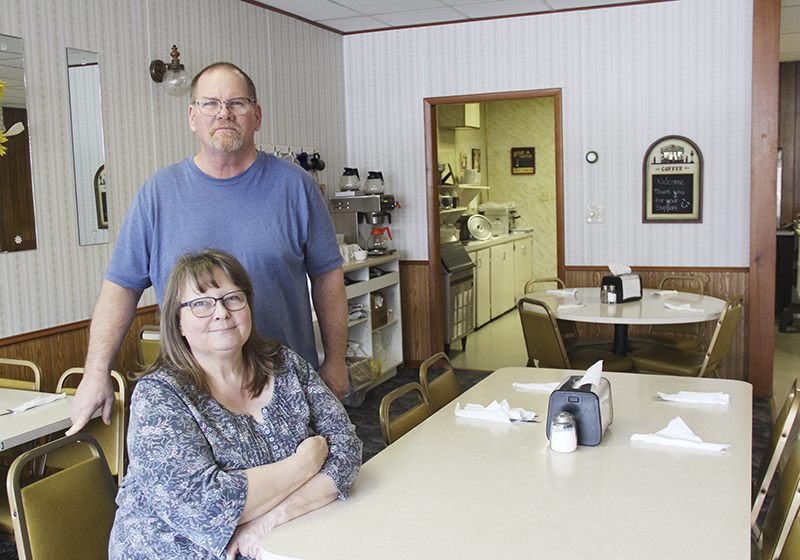 ELLENDALE — New owners purchased Ellendale Cafe in January with hopes of continuing a longstanding business in the community.

Ellendale Mayor Russ Goette and his fiancee, Patti Carlson, moved to the city in 2013 after living for a time in Oregon and the Twin Cities.

Carlson said they had been through enough big-city life, so they decided to move back where Goette was born and raised.

Six years later, the couple said they started looking around at cafes in the area, including in Albert Lea, Hartland and Owatonna, but ultimately decided to move ahead with Ellendale Cafe in their own community.

Former owner Judy Davidson’s last day was Jan. 14, and then Goette and Carlson began the next day. Davidson had owned the business for more than 25 years.

Goette and Carlson have expanded the cafe’s hours and are starting different features each day of the week. Taco Tuesday is on Tuesdays, stir fry is on Wednesdays, fried chicken on Thursdays, fish on Fridays and pasta on Saturdays. Sundays feature a chef’s choice from 1 to 3 p.m.

The menu, otherwise, is staying the same with plans for some possible additions in the future.

“The customers have been fantastic,” Carlson said. “Things are going well.” 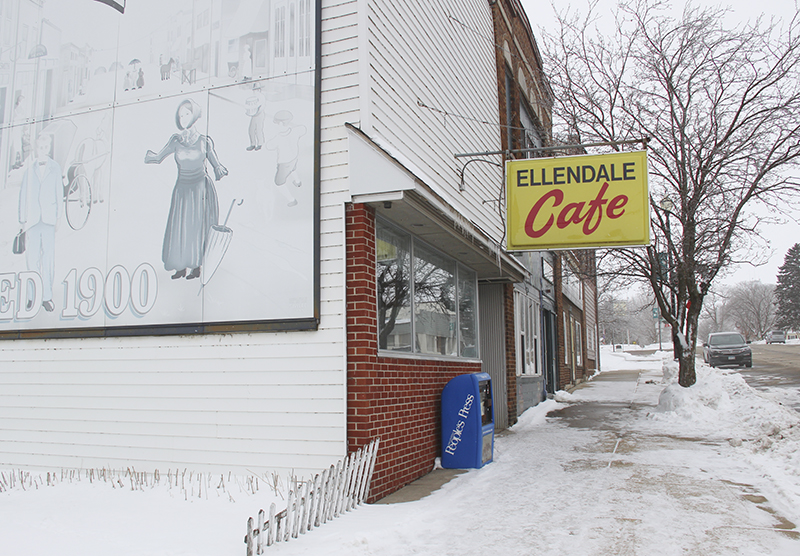 Ellendale Cafe has been a mainstay on Fifth Avenue in Ellendale for many years. – Sarah Stultz/Albert Lea Tribune

The cafe serves people not only from Ellendale but also the surrounding communities, including Geneva, Hope, New Richland and Hollandale.

Goette estimated the cafe has been in the building since the 1920s or 1930s and noted the building was constructed in 1910. He recalled his great-grandmother working as a baker there in the 1960s and said the cafe is much the same as it was then.

They said they didn’t think it would be right to change the name, so they will keep it as it has remained all these years.

The couple said right now they are the cafe’s only employees, though they will consider adding more employees if things get busier.

Aside from the cafe and Goette’s role as mayor, the couple said they enjoy spending time with family and grandchildren and are involved at First Lutheran Church in Ellendale and the historical society.

4: Years Goette has served as mayor

15: Day in January Goette and Carlson took over Ellendale Cafe