Charles David Borneman was born April 20, 1941, in Dumont, Iowa, the son of Carl and Ordia (Ulfers) Borneman. Chuck grew up in rural Iowa. 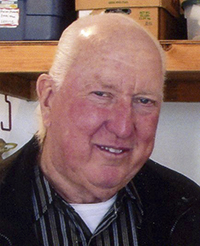 He married Darlene Voy in 1961. To this union, one son, Wayne, was born. They were later divorced.

Chuck had worked for a time at Wilson Trailer in Sioux City, Iowa, and then in 1979 they moved to Albert Lea. Chuck and his son, Wayne, owned and operated Albert Lea Trailer Inc. together for more than 35 years before he retired in 2017.

He enjoyed hunting and tinkering with old cars and trucks in his spare time.

Chuck is survived by his son, Wayne Borneman, and his wife, Karen, of Albert Lea; two grandchildren, Charles W. Borneman of Albert Lea and Nicole Borneman of the Twin Cities area; and a sister, Delores Xenos, and her husband, Mike, of Grants Pass, Oregon.

There will be no services at this time; the family is planning a private celebration of life for a later date.