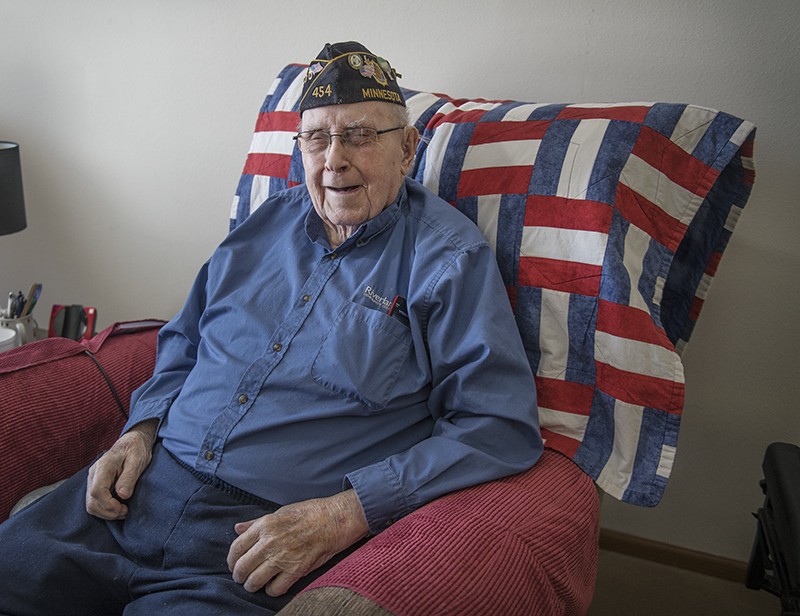 While the 75th anniversary of V-J Day is later this year, that period in time is still as clear as yesterday for one Albert Lea veteran.

Borkowski worked for a farmer at the time and for a few years after, and said there was a point system he could renew to keep him ineligible for the draft while working. When he turned 21, and it was time to renew, though, he decided not to, and purposely became eligible for the draft.

Borkowski, now 96, was drafted into the Army, going to Fort Snelling before completing basic training down in Texas at Fort Hood. Eventually, he boarded a train for California, before heading overseas for Leyte, an island in the Philippines. He would remain there until the war ended.

Even though he served as an Army rifleman, Borkowski said he never fired his weapon. Still, he saw the effects of war, seeing men he served with grazed by bullets, carrying other wounded men to safety and seeing others shellshocked.

There was a time where food rations weren’t coming through, so the soldiers Borkowski served with had to stretch what little they already had.

“Anything we had was on our backs,” he said.

Certain details stick out vividly for Borkowski. He remembers the way the tall grass they would walk through and carry men out of would cut into their arms. 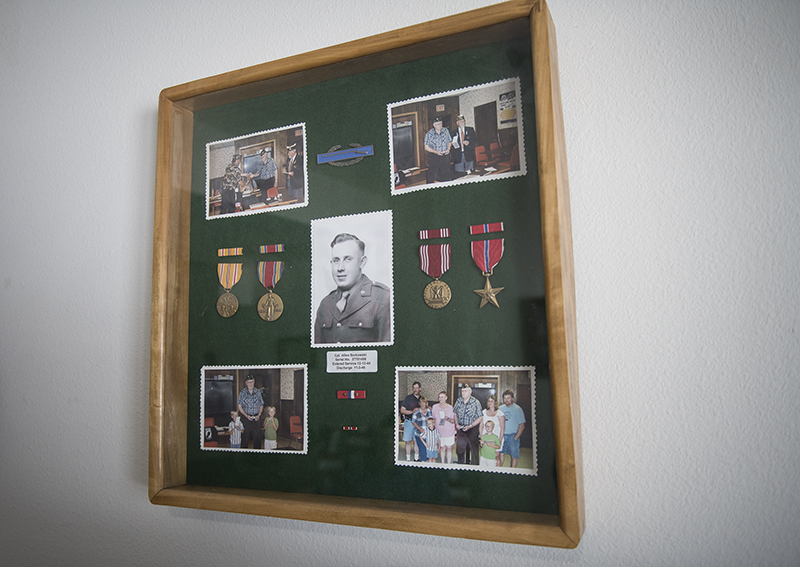 Borkowski served from 1944 to 1946 as an Army rifleman. – Colleen Harrison/Albert Lea Tribune

At night, four men would share one hole dug 18 inches deep into the ground. Two of the men would be assigned to fill canteens with water — a tedious job, Borkowski said, as their water source was a trickle running down the side of a mountain they would have to hike along. The other two would be in charge of digging the hole before the men would take turns sleeping and keeping watch in two-hour shifts.

When his unit finally found out the war was officially over, Borkowski said they had to walk two days to their next location, with their reward being their first hot meal in months. He remembers being able to eat about one third of what he was served, as his stomach had gotten used to such small portions.

After Imperial Japan surrendered, Borkowski said he and the men he was stationed with found out just how close to catastrophe they almost came. Borkowski had been sleeping near a river toward the end of the war, and found out afterward that Japanese forces were grouped just on the other side of the same river.

“We were waiting for you,” he said a Japanese soldier later told them.

After the war officially ended, Borkowski was then assigned to transport prisoners from an American GI prison camp to Manila.

Eventually Borkowski made his way back to the U.S., and finished his service in October 1946. He went back to farming, and said his first winter working on a dairy farm was a bit rough after not being exposed to Minnesota’s winter weather for two years.

“I felt like I would freeze to death,” he said with a laugh.

He and his wife, Gladys, have been married 59 years and now live at Oak Park Place in Albert Lea. They have one son, one daughter and two grandchildren.

Borkowski made friends in the Army he kept in touch with, and has been a member of the Kiester American Legion for about 73 years. He served as the sergeant at arms for 25 to 30 years. He is also a member of Disabled American Veterans, and said the organization has helped him out with medical issues in the past. It’s something he wishes could have been done for other veterans in the past, especially those who served during the Vietnam War.

“What irks me is the many vets who passed away from Agent Orange,” he said. “They should’ve had more help.”

When Borkowski looks back on his time serving, he said he thinks about the different experiences he had.

“It was a good experience,” he said. “I wouldn’t do it again … but there was a lot that needed to be done.”