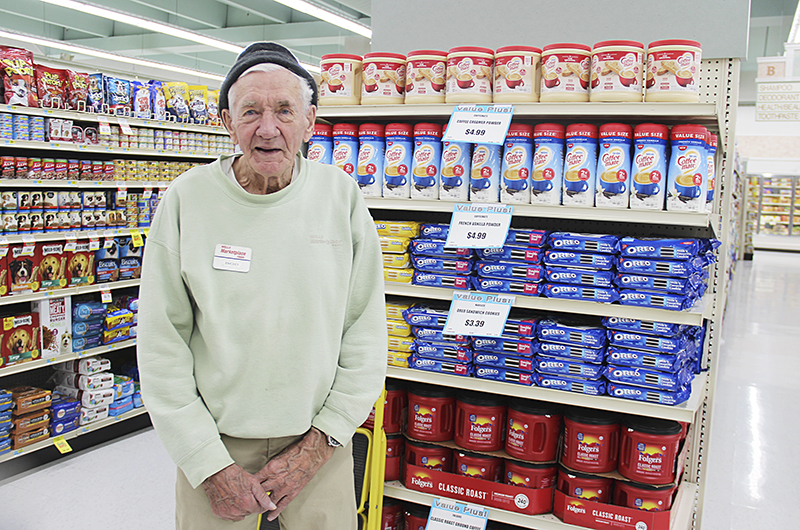 Bob Schultz has worked at Wells Marketplace Foods for more than 20 years and is a common face to see while shopping. - Sarah Stultz/Albert Lea Tribune

Schultz, 88, has worked at the grocery store for more than 20 years and is a welcoming face for customers at the store.

He can be seen stocking shelves, bagging groceries and carrying out groceries to customers’ cars, but what he is most well known for is his friendly nature.

Store owner Bruce Mandler said Schultz always has a positive attitude and is probably his best employee for customer service.

“It’s a joy having him here,” Mandler said.

Schultz started at Marketplace Foods at its former location and then moved to the current store when it was built 20 years ago.

He said prior to starting at the grocery store, he was part of Schultz Motors — a Chevrolet, Buick and Pontiac dealership — that was started by his father.

“In the car business, you had to be a people person,” Schultz said, noting that he sold his first car when he was a junior in high school. 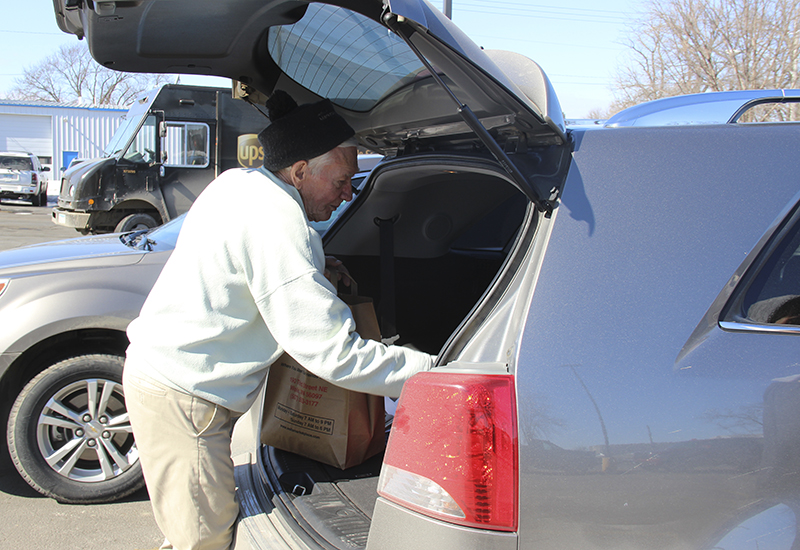 After the dealership sold out to Hinkley, he worked at a couple other jobs for a few years before hearing about an opening at the grocery store at the old location.

Schultz said he went down there to check it out and has been a part of the company ever since. Having developed the personality of a people-person at the dealership, he brought those traits to the grocery store, too.

He said he works about 22 hours a week in the winter and 15 hours in the summer, allowing more time for younger workers to fill in for him when school is out.

Though people ask him if he will ever retire, he said he wouldn’t know what to do with his time, noting that he enjoys playing golf but the golf season is short in Minnesota.

“I’m not going to sit at home and look out the window,” Schultz said. “I’d be bored to tears.”

He said he may reevaluate continuing his work when he reaches 89, but so far he has good health and plans to continue as long as he can handle it.

Customer Mary Koziolek was in the store Wednesday and said she has known Schultz since he was in the car business.

“I think he’s a plus to the store,” she said after Schultz helped bring her groceries out to her car. “He always speaks nice.” 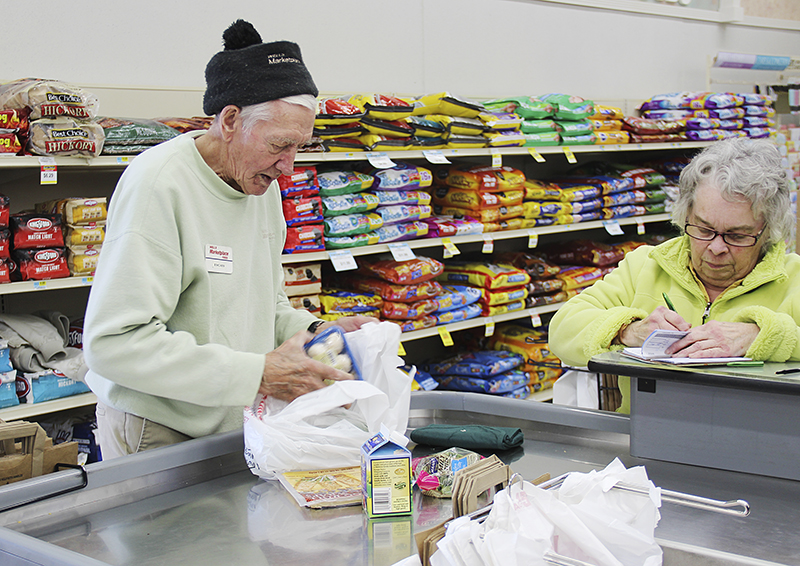