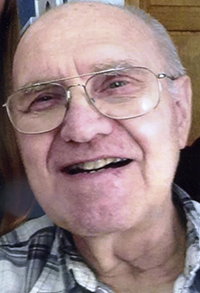 Paul was born Sept. 8, 1932 in Faribault County to Richard and Victoria (Pilaczynski) Schmidt. As a young man he sailed out of Duluth and worked as a merchant seaman.

He returned to southern Minnesota and met Beverly Engel. They were married Feb. 2, 1957, and made their home in Albert Lea.

Paul worked at Rilco/Weyerhauser and then for Holsum/Ventura Foods for more than 32 years before retiring. He was a member of St. Theodore Catholic Church, where he served as an usher. He was also active in the Knights of Columbus. Paul enjoyed woodworking, building things, fishing and music. He spent many hours playing his harmonica.

Paul is survived by his wife of 63 years, Beverly; son, Jay Schmidt, and his wife, Tamarae, of Fairmont; granddaughters Acacia and Mireya Schmidt; as well as many nieces and nephews.

Expressions of sympathy during this time can be left on the condolences page available with the obituary at  www.bonnerupfuneralservice.com.