Radio station has new leader at the helm 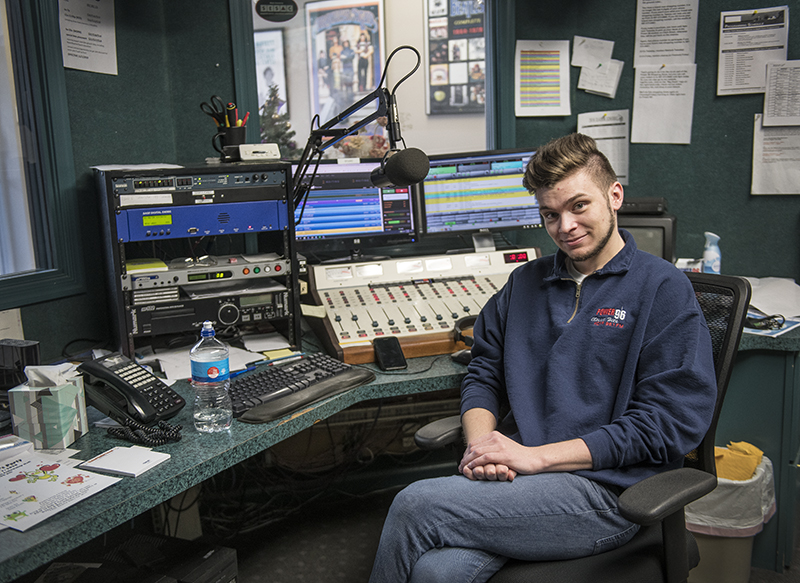 Reggie Bauer started as the operations manager of Albert Lea’s Power 96 in January 2019. His morning show started in January of this year. - Colleen Harrison/Albert Lea Tribune

While Reggie Bauer is newer to Albert Lea, he’s not new to radio.

Bauer, 23, started as Power 96’s operations manager in January 2019. Originally from Hastings, Bauer said radio had fascinated him from a young age. When his eighth-grade class had a career day and Dan Massman, a Hastings radio station owner, came in, Bauer said he ended up following Massman into the hallway after his presentation to ask him if there was anything Bauer could do at the station.

So, at age 14, Bauer started reading off items for a shopping show at Massman’s station. After about seven months of that, Bauer was running his own three-hour music show, and eventually ran the board during Wild games — transitioning the regional signal to local commercials and announcements during game breaks, something that is now largely done by computer software — and read off some news at the station as well.

Bauer ended up getting hired right out of school by iHeartRadio in Des Moines, where he ran the board during the morning show for about nine months. After that he went back to Hastings, where he said radio was on the back burner for him for a while, until he heard from Massman.

In summer 2018, Massman called Bauer to tell him he was purchasing a radio station in Albert Lea, and he wanted to offer Bauer a job.

Bauer said Hastings and Albert Lea are about the same size, but with different feels to them. Hastings has a somewhat big-city feel to it with being close to the Twin Cities, he said, whereas Albert Lea is more locally-oriented. Despite the contrast, Bauer said he has enjoyed making Albert Lea his home for the past year.

“I thought it was cool as hell there’s a lake in the middle of town,” he said. 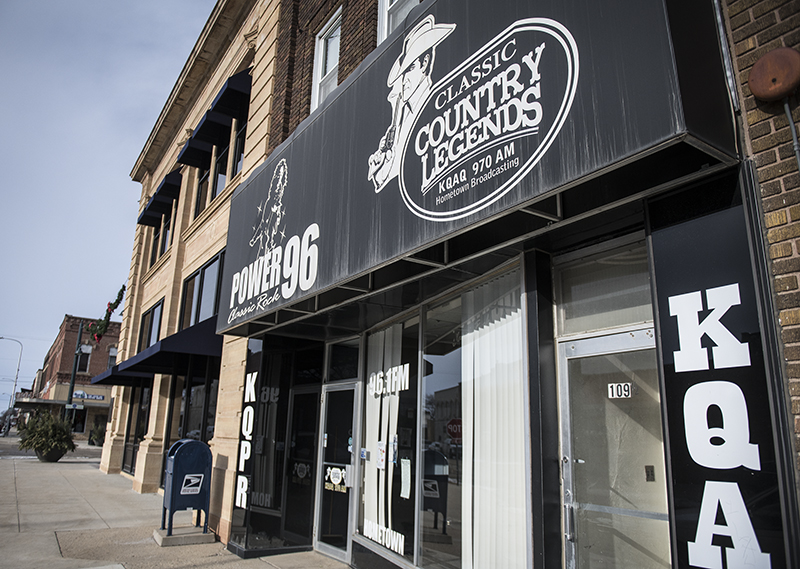 Bauer said he has made it his mission to understand how the radio station plays a role in the community, as he said Massman wanted the station to serve its community more and to be more community-oriented.

With that mindset came some changes to the station, such as covering more local sports live, giving local news updates more often and moving the station’s discography from classic hard rock to “classic hits with a focus on rock.” With those changes came some listener pushback, according to Bauer.

“You can’t please everybody,” he said.

Now that there’s been some time for the changes to the station to become routine, Bauer said 95% of the station’s feedback is positive. People have thanked them for their sports coverage and Bauer believes they’ve gained listeners because of it, he said, and they have news updates running hourly for about 18 hours each day.

Bauer started his own morning show at the station in January of this year, which runs from about 6:40 to 9 a.m., which he hopes to continuously grow.

Having grown up on a farm, Bauer said his father was always playing the radio in the tractor or the shop, and it was how Bauer connected with the world, especially when he changed schools. As he got older, the technology side peaked his interest as well.

“I’ve always kind of been fascinated with radio,” Bauer said. “There’s just something about the idea of getting to instantaneously share something with a large audience.”

While Bauer said he leans toward doing a Top 40 format personally, he doesn’t know if that’s the way Power 96 will go or not. Still, the freedom the station has with having Massman for an owner as opposed to a corporation is refreshing. Bauer said some corporation-owned stations can be so micromanaged that it’s like having a short, strict list of music that can be played.

“Being at the Albert Lea station is being able to run a radio station kind of independently from what a corporate office wants you to do,” he said. “The relatively free reign here is a blessing in radio.”

With technology always changing how people get their information, radio has had to adapt as well. With streaming capabilities and online radio apps such as Spotify, Bauer said he still has friends and sees people on social media talking about hearing something on the radio regularly enough. The competition pushes the station to produce more local content, and to give listeners something they can’t get by listening to an app or online service. It all boils down to his boss’s mindset and vision for the station, Bauer said.

“Radio will survive by serving the local community.”