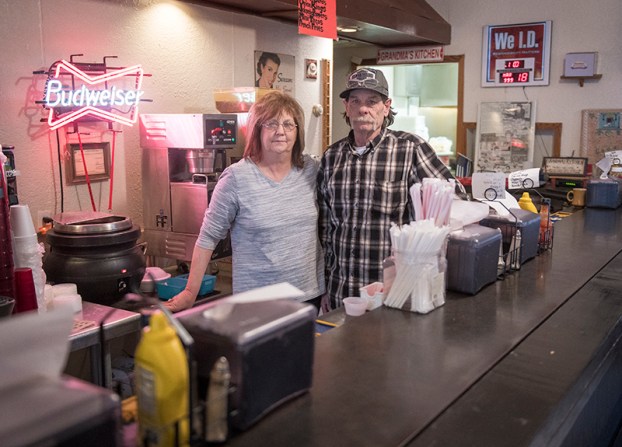 ‘We hope to prevail’

Aside from closing once a year for vacation, Wednesday marked the first time Brenda Zamora can remember her family’s restaurant closing its doors to customers in its 50-year existence.

Casa Zamora, a Mexican restaurant, is one of dozens of establishments in the Albert Lea area feeling the effects of Minnesota Gov. Tim Walz’s order requiring bars, restaurants, gyms, coffee shops, breweries and other venues to close to dine-in guests through March 27 in an effort to curb the spread of the new coronavirus.

Though the measure allows businesses to continue takeout and delivery services — and her family considered takeout and curbside service — Zamora said they ultimately decided to suspend operations until they’re allowed to reopen.

Zamora, who manages the restaurant with her brother Jay, said her parents, Jake and Lupe Zamora, are the owners and are older in age.

“We take our business and food safety extremely seriously,” she said. “Our customers and our family are No. 1. It’s an unforeseen global circumstance, and we absolutely have to do our part to flatten the curve.”

She said she thinks everyone should stay put in their homes.

Though there are many unknowns as they try to move forward, Zamora anticipates “heavy waters to trudge through.”

“Everything is very unclear, and there’s so much uncertainty,” she said. “We’ve never encountered anything like this.”

She said the restaurant was looking forward to being a part of events such as Wind Down Wednesday in downtown Albert Lea and the Freeborn County Fair in August, their biggest event of the year, and she hopes at least some of those will be possible.

“We hope to emerge from this like a phoenix from the ashes,” she said. “We’re not really sure what that time frame looks like, but we hope to prevail.”

Bob Neely, who has owned Grandma’s Kitchen with his wife, Candy, for 10 years, transitioned over to only takeout and delivery Wednesday.

Neely said they have always had those options, but the majority of their business previously came from dine-in customers.

“It seems bad, but we’re going to do what we can do to try to get through it,” he said. “We’re definitely going to take a big hit.”

He said he and his wife, and their son Bobby, the cook, will miss seeing all of the regular customers who come in and sit down to eat.

Neely said they are trying to set up takeout family meals such as spaghetti and salad that people can grab and take home to eat. They are also working to get two dedicated parking stalls in front of their business on Clark Street for customers and are trying to get wait times down to three to five minutes.

They plan to be open from 11 a.m. to 3 p.m. Mondays through Fridays and Thursday and Friday evenings as in the past, but will reevaluate after the first Thursday evening.

“We’re going to fight up to the end,” Neely said.

Diane Newman, owner of Diana’s Diner on Broadway, said she planned to make an attempt at carry-out for customers, as well.

“I don’t have any other choice but then to try to do the carry-out,” she said.

Newman has had her business for almost 13 years, and the building has been used as a restaurant since the 1930s.

In addition to owning the business, she is the only employee.

She said she thought the action to close restaurants to dine-in customers was extreme and said she thinks it should be up to the employer and the customers.

“If you’re sick you stay home,” she said.

With the restaurant being her only source of income, she said it is going to be hard moving forward financially.

“Do they really take this kind of stuff into consideration when they make these decisions?” she said.

Newman plans to be open for carry-out orders from 7 a.m. to 1 p.m. People can call ahead with their orders.