Freeborn County’s confirmed cases of COVID-19 increased by three on Wednesday, bringing the total count to five in the county, according to information released Thursday by the Minnesota Department of Health.

The first two cases were a person in their 50s and another in their 70s.

Information about what city in the county the residents live or how they were exposed to the virus has not been released.

“We know there is community spread in the state, so there are likely more cases in the community that have not been diagnosed,” the Freeborn County Public Health Department stated. “Staying at home continues to be important at this time.” 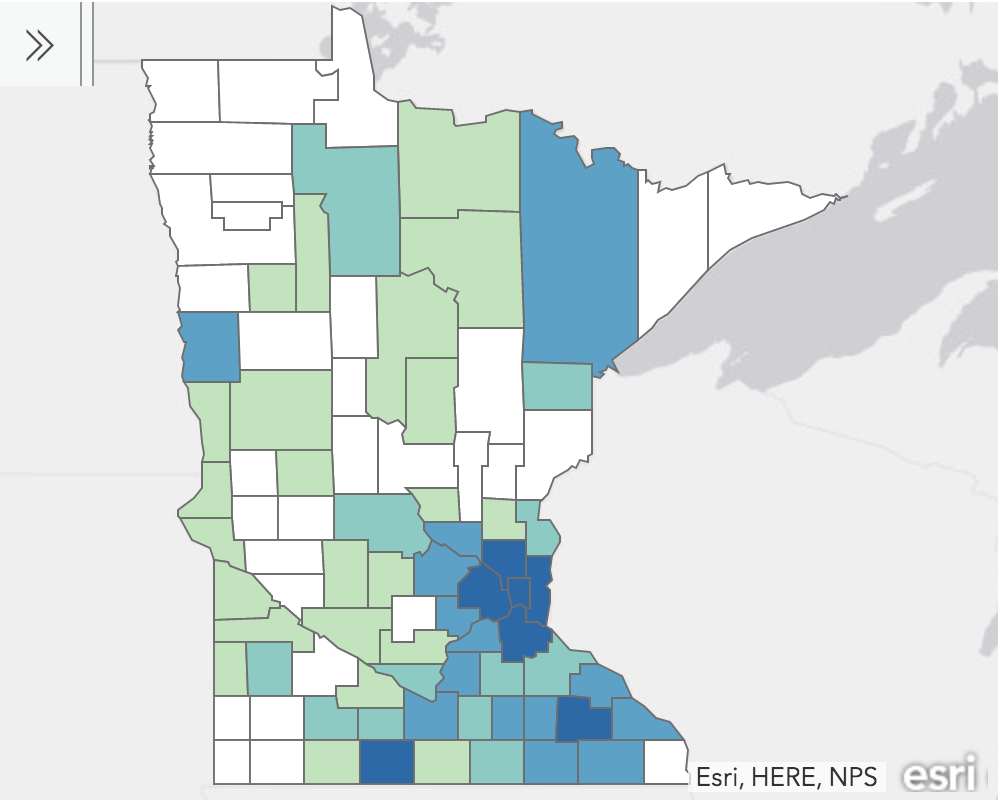 Cases increased by 53 across the state Thursday. – Provided

The state Department of Health staff will work with county staff on case follow-up, and individuals are isolated to prevent disease spread. A contact investigation is completed to identify close contacts, and close contacts are quarantined for 14 days from their exposure and will be monitored for fever and respiratory symptoms.

As of Thursday morning, there were 742 confirmed COVID-19 cases throughout the state, with 31% of cases indicative of community transmission.

The second highest means of exposure was known exposure to a case at 22%. For 10% of cases, information about exposure is unknown or missing.

The department stated 18 deaths have been reported, and 75 people are hospitalized as of today, including 38 in intensive care. 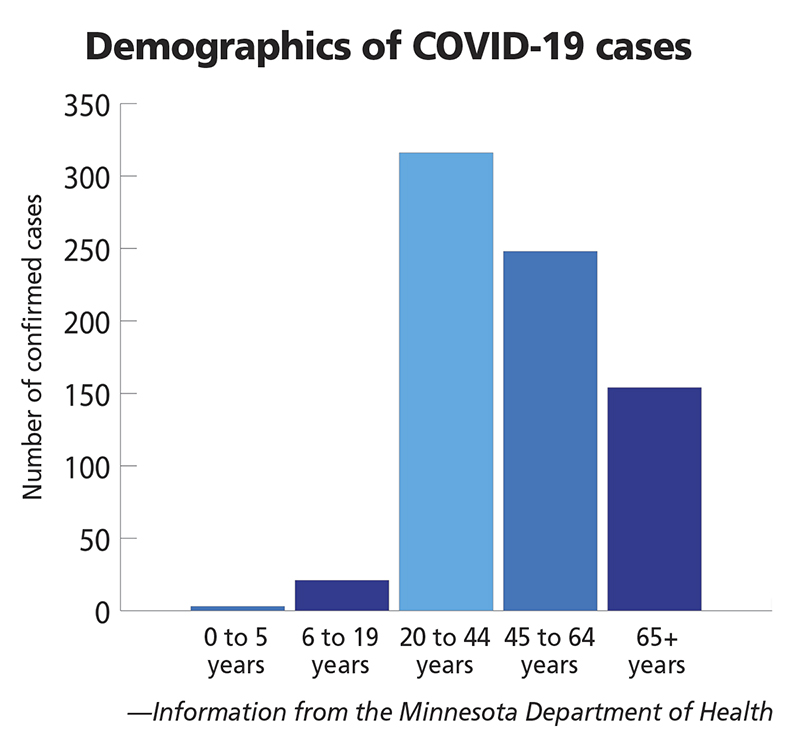 According to the state department, 373 patients no longer need to be isolated.

State and local health officials encourage residents to follow Gov. Tim Walz’s stay-at-home order, which was implemented to help slow the spread of COVID-19. The goal is that this will help slow the spread of the disease and place less demand on the health care sector so the most seriously ill people get the supportive care they need.

Health officials encourage anyone 65 and older, and those with underlying health conditions, to stay home as much as possible and to avoid gatherings and other instances of potential exposure, including travel.

For most people, the virus causes mild or moderate symptoms, such as fever and cough that clear up in two to three weeks. For some, especially older adults and people with existing health problems, it can cause more severe illness, including pneumonia, and death. 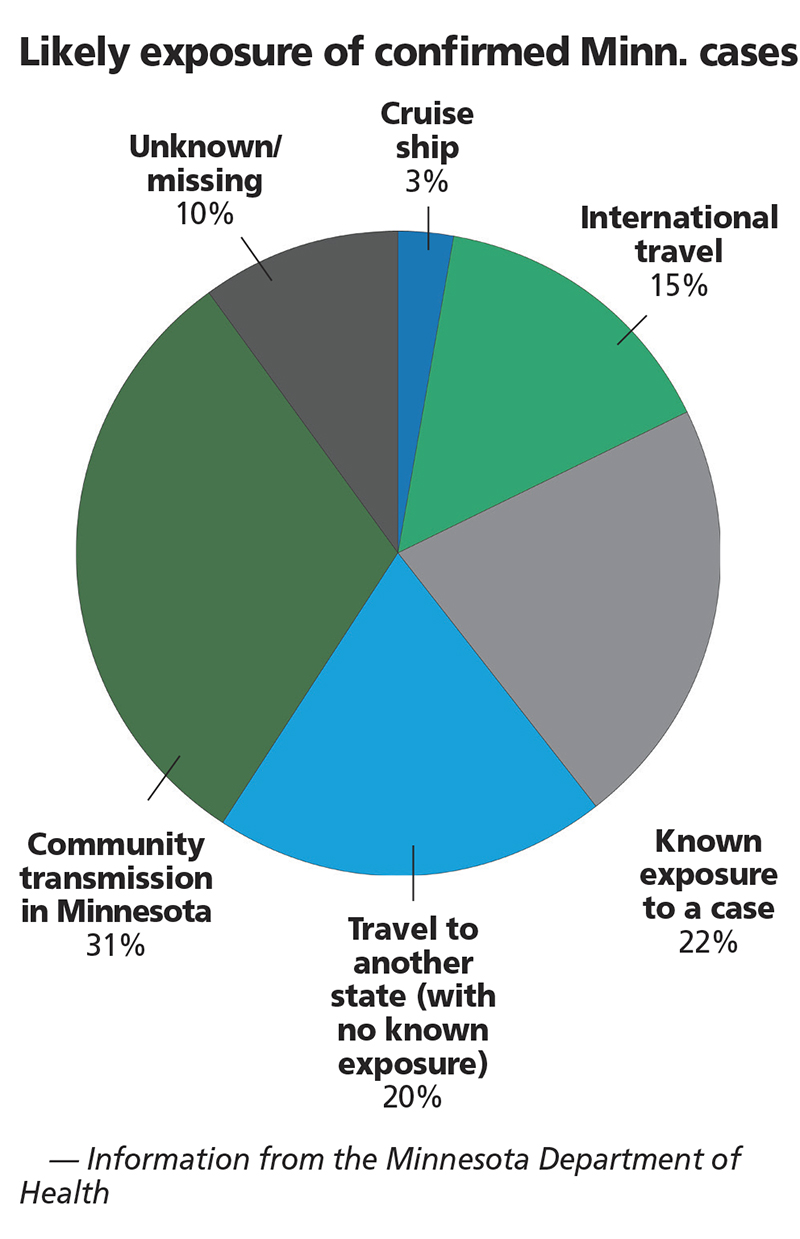