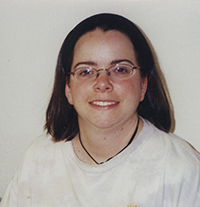 After graduating from Albert Lea High School in 1989, she went on to graduate from Bethel University in St. Paul in 1993. She spent the summer working at Sequoia National Park in California, moved to Seattle that fall, and had lived there ever since. She loved the beauty and temperate climate of the Pacific Northwest.

Although she was a Lutheran, she was employed at the Jewish Federation in Seattle and gained a great compassion for the homeless, the hungry and the needy. While working there in 2006, she and five others were the victims of a deranged shooter who broke into their office with the intention of “killing Jews.” She suffered a bullet through her knee and a grazed arm, from which she recovered.

She currently was employed at the King County United Way of Seattle, where her appreciation of the needs of others grew. Besides her work, she was an avid fan of the Seattle Mariners, Seahawks and especially the Sounders.

Carol died from Stage 4 metastatic breast cancer of three years duration. Because of the COVID-19 virus, her family was unable to travel to be with her, but two friends (Dawn and Manya) were allowed to be with her at the end, which was a great comfort to the family.

Per her request, her ashes will be sprinkled in Puget Sound, and an informal celebration of life for friends will be in Seattle after the virus outbreak is over. A memorial service will also be in Albert Lea at a later date.

Left with a lifetime of memories are her parents Bob and Pat Goldman; brothers Chris (Cari) and their sons Ryan (fiancee. Bailey Simon) and Alex, and Craig (Kelli) and their sons Will, Charlie and Joe; and aunts, uncles, cousins and many friends.

She was preceded in death by grandparents Florence and Alvin Goldman and Stella and Orville Jordahl.

In lieu of flowers, Carol’s wish was that any memorials be given to METAvivor, an organizations that gives 100% of its donations to metastatic breast cancer research, 1783 Forest Drive No. 184, Annapolis, MD, 21401. Memorials may also be given to Trinity Lutheran Church, Youth for Christ or the donor’s choice.

Carol impacted many lives, and her family said everyone has been blessed to have had her as long as they did.