The Albert Lea class of 2019 saw a host of graduates move on to college, continuing their athletic careers in a number of different sports.

They shared some of their experiences and advice for high schoolers wishing to continue their athletic careers beyond high school: 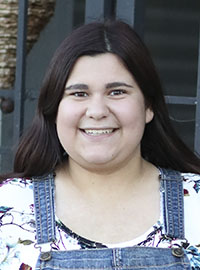 Fleek golfed in four full tournaments for the Warriors in the 2019 season before having her year cut short due to a foot injury. Through those four meets, Fleek’s best finish came in the WLC Invitational in which she came in 12th place out of 23 golfers with a round score of 104. Her best single round came in her first collegiate meet, the Battle on the Border, in which she scored a 93 in her first round.

“My first year went great except for the fact that it was cut short because of a foot injury,” Fleek said. “But I really enjoyed playing on my team because it was small, and we all became really good friends.”

Fleek said the biggest difference in moving from high school to college sports was moving on from her teammates and head coach Shawn Riebe, whom she had been playing for for six years, to a whole new group of teammates.

“The advice I would give is to reach out to coaches,” Fleek said. “Even if you don’t know if you want to play in college, put yourself out there. It might bring you one of the greatest groups of people you know.” 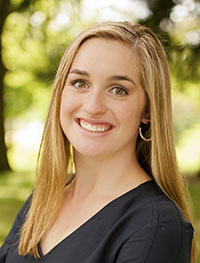 Taylor swam in nine meets for the Mavericks and finished the season strong with two season bests and a personal best at the Northern Sun Intercollegiate Conference Championships.

“My first year of college was overall a great experience,” Taylor said. “I’ve met so many new people who come from all different cities, countries and walks of life. A few of my favorite aspects of my first year in college was being able to live close to all my friends and get the chance to truly figure out life on my own in a sense.”

The biggest difference between high school and college athletics for Taylor was the time frame. She said while the high school swim season lasts around three months, the college season lasts six months and they do off-season training the rest of the school year.

“Make sure you are truly passionate about the sport,” Taylor said. “College sports are on a whole new level compared to high school, and it takes a lot of time, dedication and grit. Overall, it is such an honor to be able to participate at the college level and represent a university. If you have the opportunity, embrace it.” 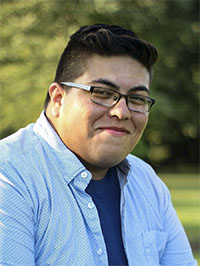 Garcia played offensive line for the Cougars in the 2019 season and participated in all 10 games. The Cougars went 1-9 on the season with a win over Iowa Wesleyan University, 28-21.

“I think my first year went well, “Garcia said. “Started off the year a little rocky, but I was able to get a grip on my classes and football. My favorite aspects were meeting all my new teammates and creating a bond with them so quickly. Another one is being able to create my own schedule that works well for me.”

Some of the biggest differences for Garcia were the length of the game and the speed difference. He said moving from 12-minute quarters to 15-minute quarters was a bit of an adjustment. He also said his speed has improved throughout the year, and he knows what he needs to work on for next season.

“Be your very best every single time you step onto that field, track, mat, etc.,” Garcia said. “Go out there with a mentality that you are going to do better today than what you did yesterday. Also, bond with your new teammates. Some of them will be with you for four years. You will spend a lot of time with those groups of people, and you’ll remember those moments for a long time. And the last one, have fun! You have done something that not a lot of people have the chance to, so make sure that you enjoy it.” 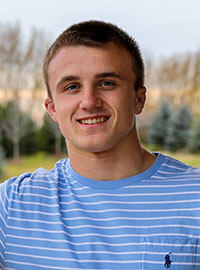 Glazier had a stellar first year wrestling for the No. 1-ranked Hawkeyes. He ended the season with a 19-2 record with his only two losses coming at the hands of nationally ranked opponents. He won first place at four tournaments including the Grand View Open, Lindenwood Open, Jim Koch Open and the Don Parker Blugold Open.

“I was able to learn a lot from one-on-one attention from the coaches and from some older teammates,” Glazier said. “Just being on the No. 1 team in the country is a lot of fun.”

Glazier said the biggest difference for him was the mental aspect. He said college sports require a constant positive frame of mind. He said wrestling with a top ranked wrestler in the country at every practice is another big difference.

“My advice would be to make sure that you out work every person you know and invest your life into what sport you play,” Glazier said. 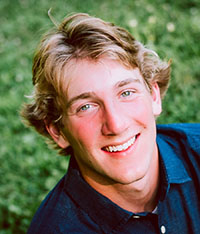 Wentzel dealt with two head injuries to start off his first season at St. Thomas, but overall he said his first year went relatively well. He said his teammates were a big part of his freshman year, and they made him feel at home.

“My favorite aspect was my teammates,” Wentzel said. “I was surrounded by an incredible group of guys that pushed me day in and day out.”

Wentzel said some of the biggest differences for him were the speed of the game, the size and talent of the other players and the time needed to stay dedicated to the game. He said morning weight lifting sessions, time in the film room, mandatory calorie boosts and four-hour practices really add up, but were worth it in the end.

“I would say shoot for the moon,” Wentzel said. “Get in the weight room as much as you can during the summer and run, run, run until you can’t anymore because that is what college is like. Be as humble as possible no matter what sport or division you’re entering because there will always be someone better than you at the next level.

“High school sports are super fun, they’re supposed to be. That changes a bit in college, it becomes more of a full-time job and sometimes you may hate that job… But all in all, have the most fun you can and get that body in as best shape as you can before you head off to school.”

Due to multiple concussions, Wentzel decided to end his football career at St. Thomas, but does plan on going back and participating in club hockey. 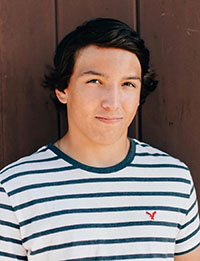 Cantu finished his freshman season with a 12-10 wrestling at 133 pounds unattached. His 12 victories included six pinfalls. He recorded two sixth-place finishes, one fifth place finish and a second place finish throughout the season.

He said his first year of college went great and he made a lot of new friends. He also said there were a lot of differences in the move from high school to college athletics.

“There aren’t too many off days,” Cantu said. “Competition is way more difficult even in the practice room.”

“Stay focused and stay disciplined,” he said. “Your first year is probably going to be the hardest. The transition from high school to college isn’t easy.”