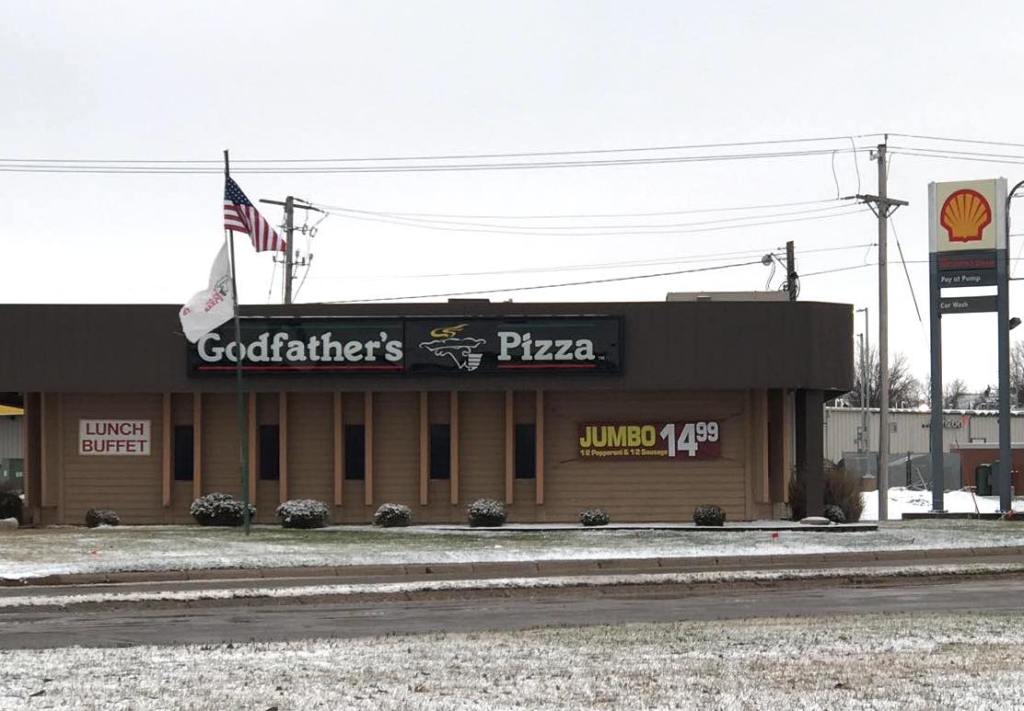 Godfather's Pizza has been in Albert Lea for over four decades. Sarah Stultz/Albert Lea Tribune

Godfather’s Pizza on Friday announced it has closed its doors in Albert Lea after several decades in the community.

Franchise President Brad Price said he makes the announcement with a heavy heart.

“My sincere gratitude goes out to the wonderful customers, staff, business associates and surrounding communities for your support,” he said in a press release.

Price said the current business climate is much different from when the company started.

“We’ve battled floods, the availability of workforce is a constant concern, and now with economic uncertainty, I felt the time had come to close the doors,” he said.

The business was often at the center of flooding off of East Main Street and in September 2016 had to temporarily close for several days because of damage to his building.

He noted he never likes closing a restaurant because it’s all he has ever known, and for that reason he is not ready to say he’s done forever in Albert Lea. He thanked the community for its support over the years.

“My hope is we will be back in Albert Lea, I just don’t know when that might be.”