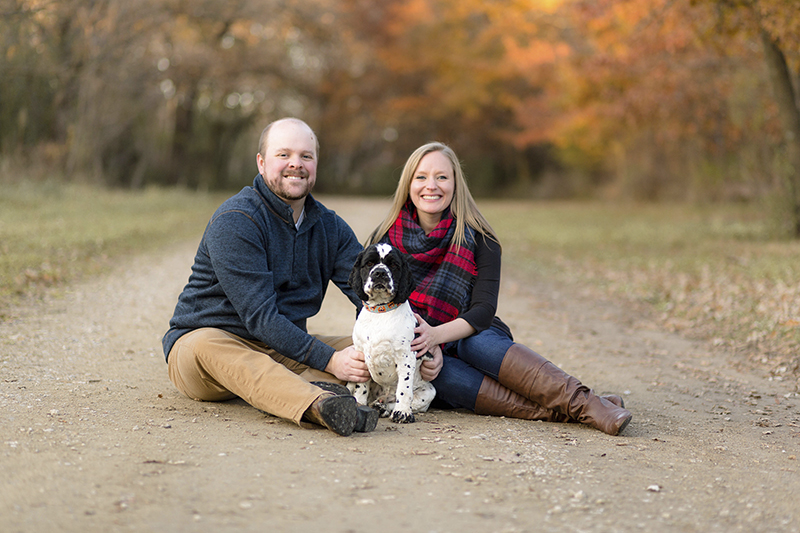 Ethan Weiss and Ashley Stewart were supposed to celebrate their wedding day on April 25 at Country View Acres in Joice, Iowa. While they will still hold a small ceremony that day, the couple was forced to indefinitely postpone their reception due to the COVID-19 pandemic. - Photo courtesy Kendra Marie Photography and Design

Couple forced to postpone wedding reception in wake of COVID-19

While the COVID-19 pandemic has caused problems in the here and now, it has also thrown a wrench into the planning of events scheduled to take place through the spring and summer. For one area couple, the virus forced them to make some drastic changes to their wedding day.

Ashley Stewart, originally from Albert Lea, and Ethan Weiss, originally from Glenville, were supposed to celebrate their big day April 25 at Country View Acres in Joice, Iowa. However, the effort to slow the spread of the pandemic forced them to postpone their reception indefinitely.

“It wasn’t a decision that we wanted to make, but we were forced to make it given the circumstances,” Stewart said. “I know there are a lot of people who have had to make similar decisions because of this.”

One of the big factors that led to the decision was the travel a lot of their family and friends would have to make. Both formerly from Minnesota, a lot of the guests would have had to travel from the state which would have been difficult due to Gov. Tim Walz’s shelter in place order.

While the ceremony will still take place April 25 with extremely limited guests, the couple will wait to celebrate with the majority of their family and friends until a later date. Stewart and Weiss are working on finding a way to live stream the ceremony for everyone to watch.

On April 1, the couple decided to officially postpone their reception and Stewart said they are going to wait to reschedule it until the future is a little clearer.

“We’re still trying to work out when that’s going to be,” Stewart said. “We don’t want to schedule the reception and then say COVID-19 is still very much a part of our lives, then we have to do it all over again. We’re trying to be really strategic about that.”

After getting engaged in September 2019, the couple had to work fast in getting things planned for their April wedding day. Stewart said it was in the month of March when they started to get anxious about whether or not they would even get to exchange their vows in April.

“The month of March was a rollercoaster of emotions, just because things were changing so quickly,” she said. “We were hopeful that maybe what was going on was going to pass, but it became very clear that it probably wasn’t going to change in time for us to have our wedding on the 25th.”

Less than a month away from the wedding, Stewart and Weiss had nearly everything booked and put in place before they were forced to make the decision. They had already celebrated their bachelor and bachelorette parties; the DJ, photographer, caterer and venue had already been booked; and the wedding party had already been fitted for their dresses and tuxedos. When the time came to call and inform them of the postponement, Stewart said she was stressed because she heard a lot of horror stories about how vendors hadn’t been very accommodating when they had to reschedule. However, she was relieved to find that her experience was nothing like that.

“Every single one of them, from our photographer to our DJ to our caterer and our venue, they’ve all been extremely understanding,” Stewart said. “None of us have navigated a global pandemic before so none of us know what to expect. We truly are in this together.”

Stewart said it has been a balancing act trying to find another date that could work with all of their original vendors, as they have dates booked with other clients throughout the majority of the year.

However, Stewart said the hardest part about all of it doesn’t come from the rescheduling part at all.

“It’s more so about separating yourself from what you thought your wedding day was going to look like from what it actually is going to look like,” Stewart said. “You plan it out and you envision it, you think you have everything in order, then something like this happens.

“But once everything settles down, you kind of realize that the day is still going to be special and even if it’s not how you planned it, it’s still your day.”