A memorial service will be at a later date for Steven Kenneth Dahlke, 73, who passed away unexpectedly at his home in St. Paul on Wednesday, March 25, 2020. 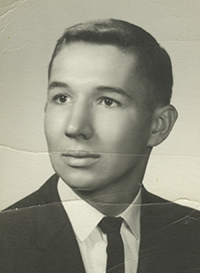 Steve was born in St. Louis, Missouri, on May 6, 1946, to Frank and Helen (Strouf) Dahlke while his father was enlisted in the Navy. In 1954 when Steve was 8, brothers Fred, 5, and Russ, 4, lost their mother, Helen, after she succumbed to complications of leukemia. In 1957, his father married Victoria Jimenez. Victoria had four children from a previous marriage (Yolanda, Joe, Netta and Patricia), who were adopted by Frank Dahlke after their marriage. Following the births of three more siblings (Karen, Laura and Susan), the blended family was complete. Steve grew up in a very loving family, the eldest of 10 children with two very hardworking parents.

Steve graduated from Central High School in Albert Lea in 1964. After being awarded a full scholarship to attend West Point Academy, Steve left home for New York. He lived in the Bronx in New York City for many years and was employed with New York City as a housing inspector. He returned to Minnesota in the 1970s to settle down in the Twin Cities. He was employed by the aerospace firm Rosemount Inc. as a quality control inspector for a time. Later, he was employed at Minneapolis/St. Paul International Airport with TSA as a security officer full time and then part time after retirement.

After retirement, Steve took pleasure in helping children read by volunteering at a neighborhood school.

Steve was an intellectual with many deep thoughts about the world. He was a very gentle soul and loved nature, organic gardening and especially the arts. Trips to the Minnesota Institute of Arts in Minneapolis were a favorite pastime, along with creating some of his own abstract paintings and sculptures. He enjoyed many family fishing trips north a few years back and attended many Dahlke/Strouf and Jimenez family reunions over the years.

He will be greatly missed by his family and friends. Blessed be his memory.