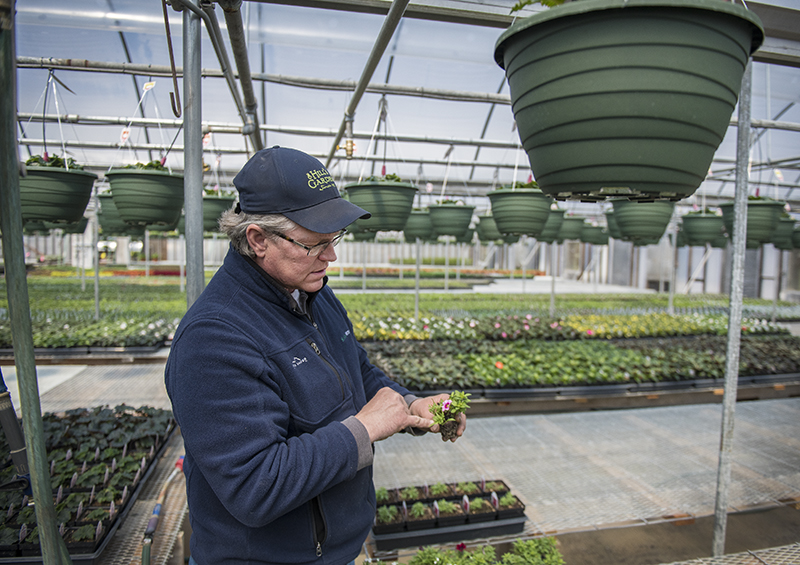 Hill’s Gardens Vice President and Retail Manager Tony Hill points out the coloring on one of the flowers started in Hill’s growhouse last year. The grower will open April 18, but how it conducts business will likely differ due to the COVID-19 pandemic. - Colleen Harrison/Albert Lea Tribune

Local grower is optimistic about opening for the season

Hill’s Gardens has been an Albert Lea institution for over a century. While the independent grower and retail garden shop isn’t going anywhere anytime soon, the way it conducts business may look a little different as it opens for the season amid the COVID-19 pandemic.

According to Melonie Robran — daughter of Hill’s owners Paul and Judy Hill and sister of Hill’s vice president Tony Hill — the first few months of the year were business as usual for Hill’s. Plants have been growing, arriving, sorted and been getting ready for the center’s usual April opening. The opening itself is what will change, not the products being offered.

The Hill’s Gardens Inc. Facebook page on Tuesday stated its inventory would not be any less than in previous years, despite what some customers have asked.

“Our plans (were) set in place long before the outbreak was even a thing. Orders were booked and we had taken delivery of most of the young plants before the outbreak hit the U.S., so please don’t panic,” the business stated on its page. “Our supplies are the same this spring with or without the pandemic.” 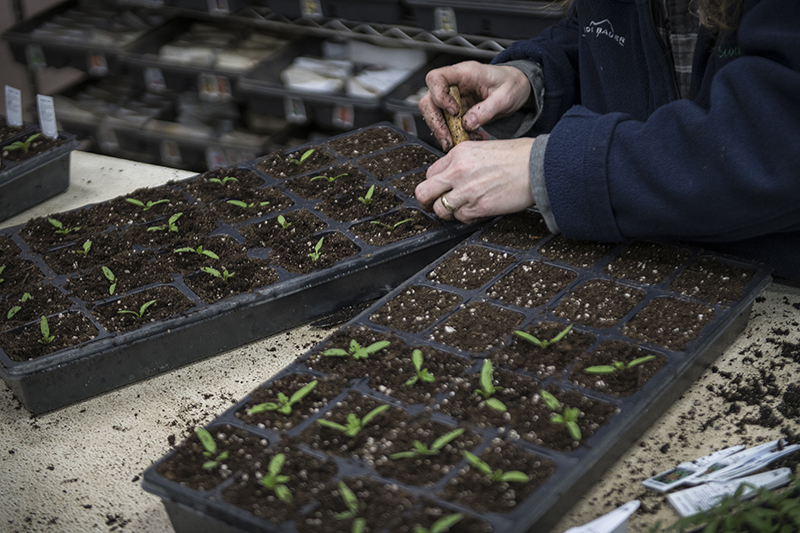 Hill’s Gardens employees “burn the candle at both ends” to get ready to open the nursery, Tony Hill said last year. That hasn’t changed this year, as the business has been working since February to get ready for the season. – Colleen Harrison/Albert Lea Tribune

Hill’s likely won’t have its traditional grand opening event — where it hosts children’s activities and refreshments during its first opening weekend of the season. Robran, who is helping with marketing while everyone at Hill’s gets ready for the season, said Hill’s will still open for the season April 18.

What that opening will look like is what’s up in the air.

Everything is “a moving target” right now, Robran said, and it all depends on what Gov. Tim Walz says and issues in the days leading up to the opening. The store may implement phone orders or email ordering or try curbside pickup while limiting the number of people in the store at one time. She said the business doesn’t want to invest too much into changes that may differ by the time it plans to open, but it also can’t afford not to plan to do things differently during the coronavirus pandemic.

It all depends, Robran said, and as those details are ironed out, Hill’s will share its plan for how it will operate with customers on its Facebook page. Robran said all they’re asking for from customers is “a little grace, a little patience and a little positivity” as the business figures out how to change how it operates for the first time.

“First and foremost, people need to be safe,” she said. “The plants aren’t going anywhere.” 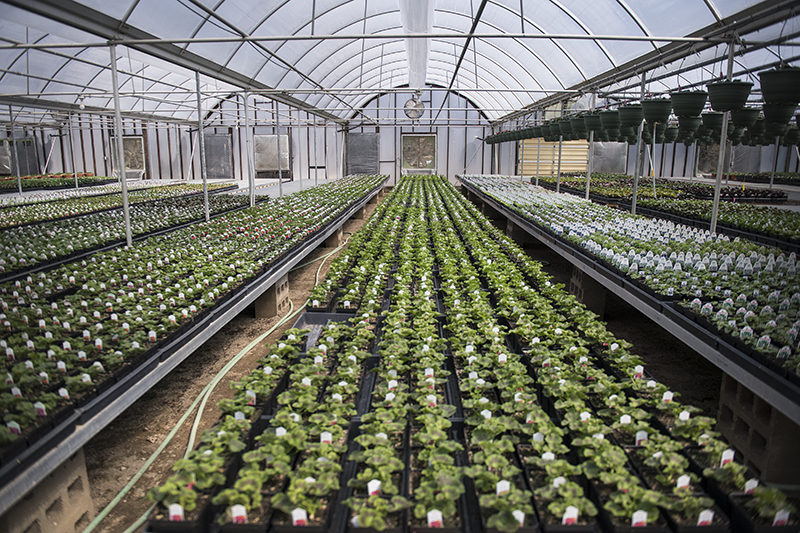 The Hill’s Gardens Inc. Facebook page on Tuesday stated its inventory would not be any less than in previous years. – Colleen Harrison/Albert Lea Tribune