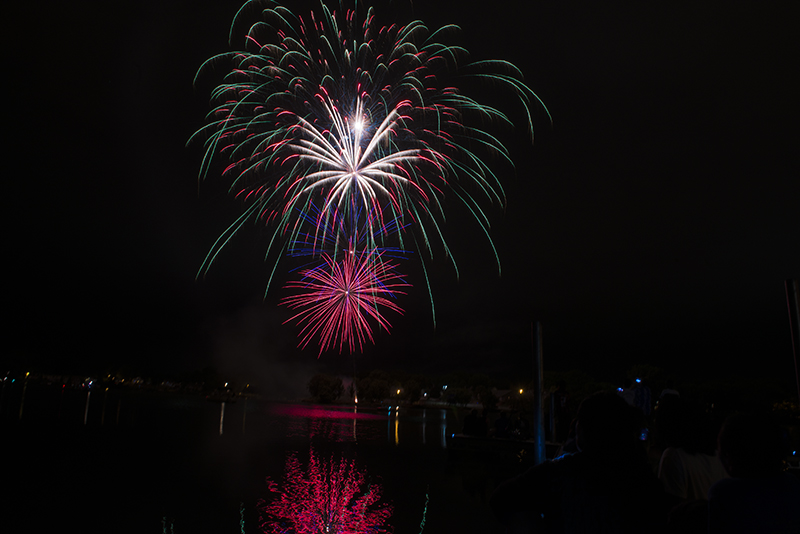 The Fourth of July fireworks are a popular event each summer in Albert Lea. Colleen Harrison/Albert Lea Tribune

The Albert Lea-Freeborn County Chamber of Commerce announced Wednesday it has canceled this year’s Third of July Parade and Fourth of July fireworks.

“We made this decision in response to challenges presented by the COVID-19 virus,” Interim Executive Director Torey Zimmerman wrote in a letter to chamber members. “The safety of our members and our community is our top priority. In addition to safety, the larger response to the virus has reduced the availability of resources needed to present the parade and fireworks.”

Zimmerman thanked the community and local businesses for their continued support.

The chamber has organized the events for at least 25 years, said Geri Jensen, event and social media coordinator. She has only recalled them being canceled previously for weather.