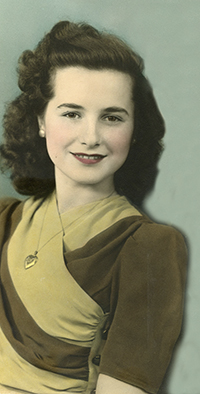 A memorial service will be at a later date. Hugeback-Johnson Funeral Home & Crematory in New Hampton is in charge of arrangements. Online condolences for Helen’s family may be left at hugebackfuneralhome.com.

She was an outstanding student and graduated from Sioux Falls Washington High School at the age of 16 before attending business college in Minneapolis as a young adult.

She married Donald Jacobson in 1941, and the couple had three children — Thomas Donald, Bette Jean and David Thomas. They made their home in Albert Lea for 30 years, and they later divorced.

As a mother, Helen dealt with two tragedies — her oldest son died at the age of 15 after coming down with the mumps and encephalitis and her youngest son died in a car accident at the age of 22 — yet she always had an upbeat spirit and positive outlook on life. 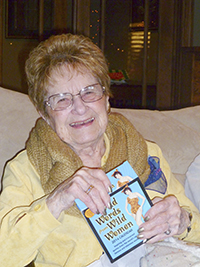 Helen lived the majority of her life in the Charles City, Iowa, area, where she ran the “Maid-Rite” for several years before becoming the office manager for two doctors — Dr. Tolliver and Dr. Trefz — a job she held for many years. She also was the bookkeeper for several small businesses.

She married Arden Key in 1981, and they made their home in Charles City.

Helen was a woman who loved life and lived it to the fullest. She worked with Bette at BJ’s Bar and Grill in Colwell until she finally retired at the age of 90, and Bette will tell you that “Mom would do whatever you needed and she kept everyone entertained.”

For the past 10 years, Helen lived with Bette and her husband, Dan, in rural Ionia, and Helen loved the studio apartment Dan built for her and especially enjoyed her daughter’s home-cooked meals each day.

She had a plethora of hobbies — including crossword puzzles, music and dancing, classic TV shows, lottery tickets and especially sports. She was a huge fan of the Chicago Bears, and she loved talking about the games and players with her great-grandsons.

Helen looked forward to Sunday services at United Church of Christ in Colwell and the congregation and Pastor Debra Lincoln meant the world to her.

She wrote beautiful letters, always signed with her nickname, “Gramma Honey,” and those letters will be treasured for years to come.

Helen was the life of the party and always had a joke to tell. She truly loved to laugh and was well known for her mantra “We gotta have fun!” For 96 years, she lived an amazing life. Helen was kind, accepting, generous, humorous and strong. Those who knew her will always love her, remember her and know they are better because Helen was part of their lives.